While the District is a great place to go solar, it does pose some unique challenges. No rule currently prevents HOAs from blocking your ability to go solar. Plus, the prevalence of “pop-up” construction and the closeness of buildings means you may have a neighbor whose home or trees block your access to the sun’s rays. 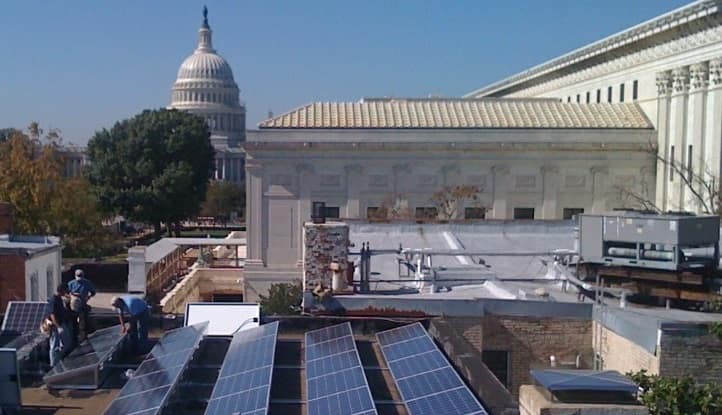 D.C. Zoning Commission rules state that home additions, such as pop-ups, cannot be permitted if the addition would interfere with the operation of an existing or permitted solar energy system on a neighboring home. Solar homeowners must demonstrate to the Zoning Administrator that a neighbor’s addition harms their system’s output through a shadow, shade, or other study. 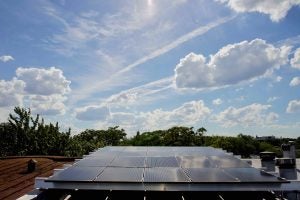 2015: Councilmember David Grosso introduced the “Solar Access Rights Establishment Act of 2015”. The bill would have provided for solar easements and rights, but it never made it past the introduction stage. Much of the bill’s purpose was covered by a ruling from the D.C. Zoning Commission regarding “pop-up” construction.

Although a district-wide solar easement law was not established, in specific zones, a regulation prevents your neighbor from building additions that would block sunlight to your existing solar panels. This currently only applies in Residential Flat (RF) zones. 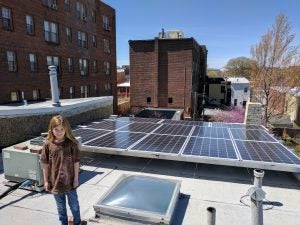 The co-op had my interests at the forefront, rather than the salespeople I would need to interact with if I went through the solar panel companies. Nancy Lee, ...
Read more