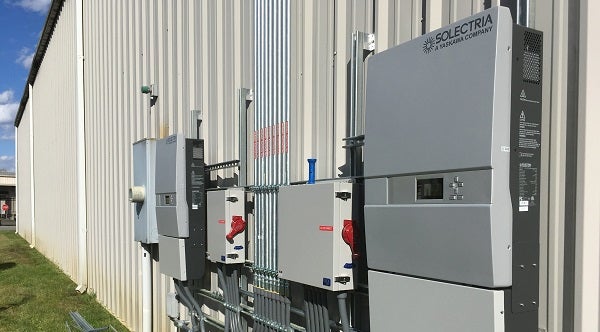 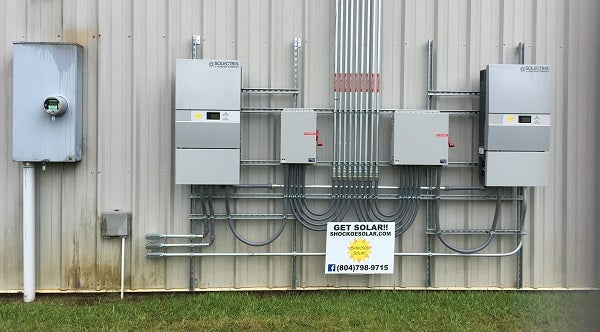 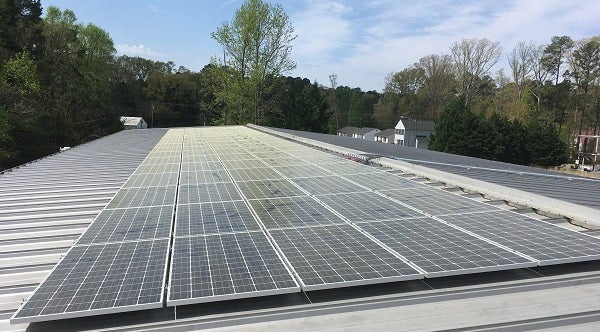 In spring 2017, Hackney Millwork, a West Point, Virginia-area cabinet-maker, installed a 28.9 KW solar system on its roof as part of the Middle Peninsula Solar Co-op. “We try and do as much as we can green-wise,” owner Gene Hackney said, noting the shop’s recent change to LED lights as well. “Business-wise, I talked to the accountant. It seemed like the right time, so we pulled the trigger.”

Hackney’s building is well-suited to solar. It’s standing seam metal roof allowed the installer to attach the panels with clips that are mounted on the roof, allowing the installer to avoid creating possibly intrusive penetrations. Additionally, the building’s location in an industrial park meant there were no obstructions, such as trees, that would have shaded the panels. And, thanks to the loading dock and forklift already on site, Hackney shipped the panels directly to the building for installation.

Hackney also played a foundational role in the success of the co-op by hosting the solar co-op selection committee, made up of co-op participants, that selected the installer.

Hackney said the system, consisting of eighty-five 340 Watt solar panels, has significantly cut his electric bill. Before installation, Hackney’s electric bills ranged between $1,100 and $1,200 per month. Now, the same bill is $500 or less.

At this rate, he estimates the system will pay for itself in a little over four years.

Hackney’s decision to go solar is contagious. He said an employee of his is now going solar at home, and another mill shop is looking at solar as well. Hackney thinks that more businesses will go solar as they become aware of the potential to save on electric bills and the appeal of powering their operations with local energy.