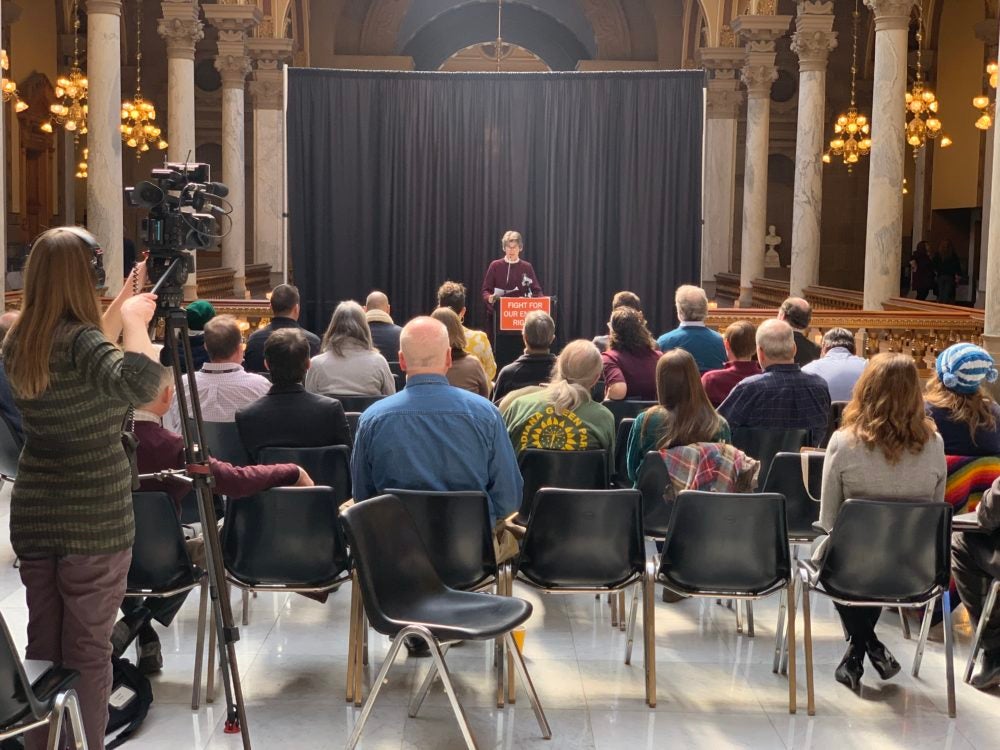 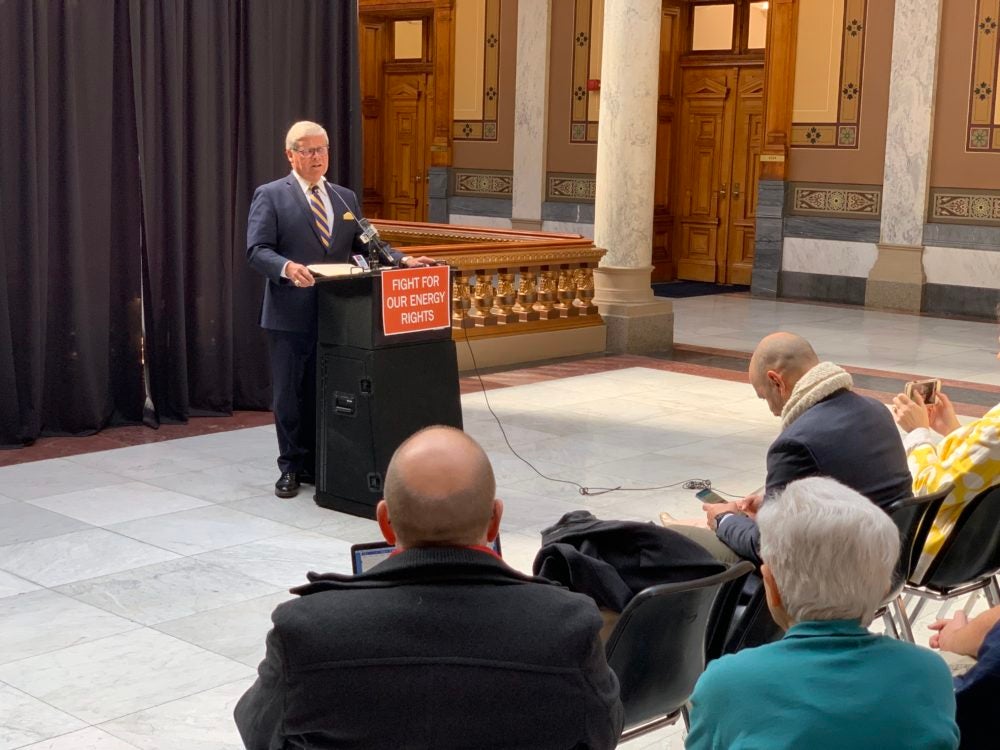 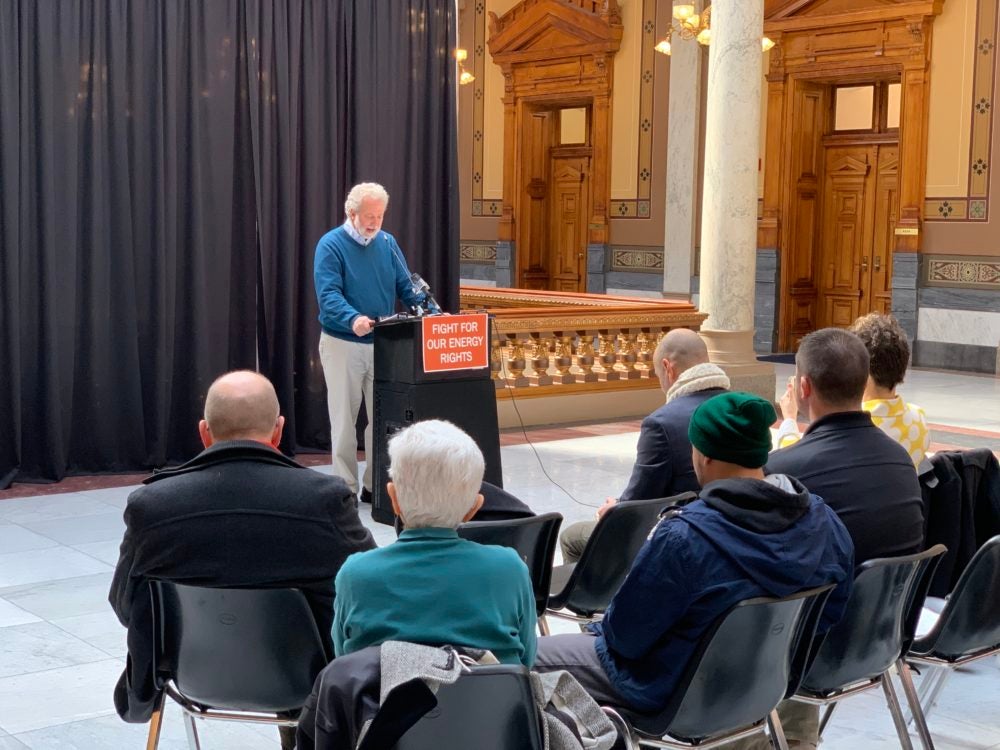 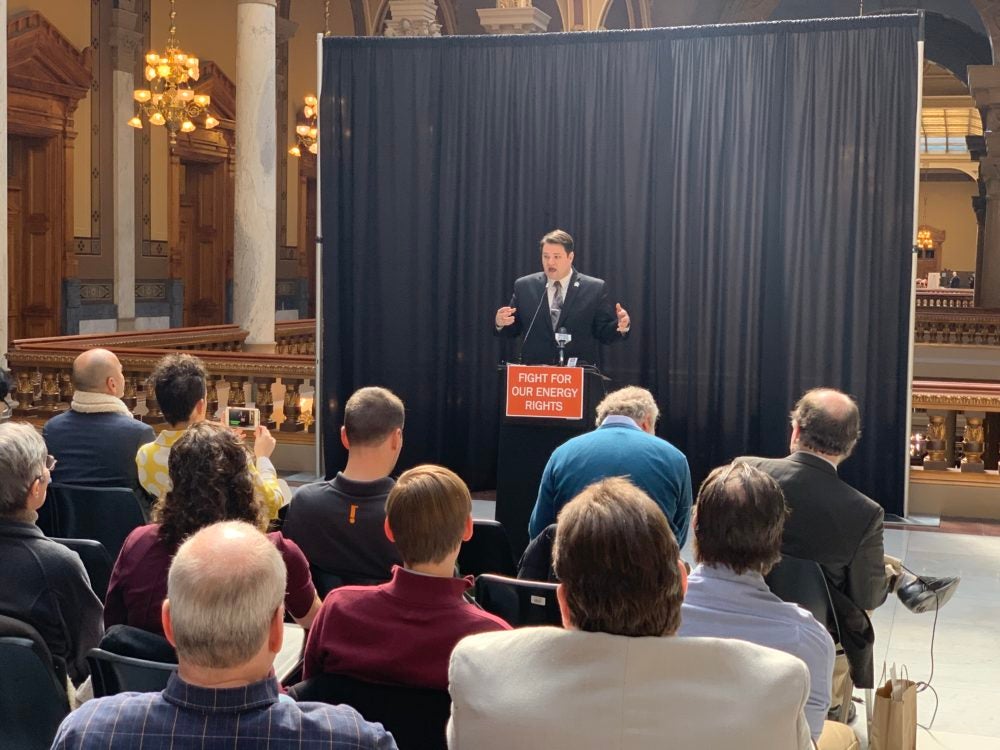 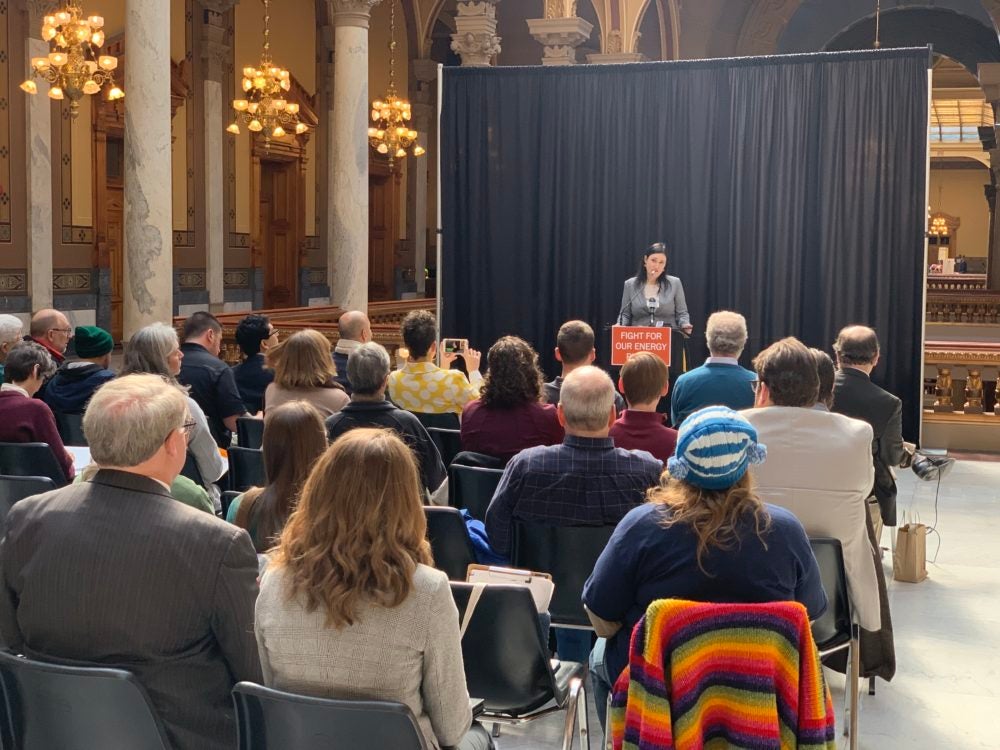 Dozens of advocates from across Indiana convened at the statehouse for the 2019 Renewable Energy Day on March 6, to meet with lawmakers and rally for renewable energy policies that will create good-paying jobs, improve air and water quality, and lower electric bills for all Hoosiers.

The event marked the largest mobilization of renewable energy advocates during the 2019 General Assembly session, which included debate over several important pieces of energy legislation. While some of the positive energy legislation — like SB 430, which would have rolled back the net-metering phaseout that has hampered the Indiana solar industry since 2017 — is already effectively dead for this legislative session, there is plenty of work to do before the 2019 General Assembly is gaveled out of session in April. Advocates promoted a positive agenda supporting energy freedom and competitive markets that allow Hoosiers to make smart modern energy investments. A bipartisan group of lawmakers and advocates representing diverse interests addressed the rally.

“Meaningful renewable energy policy can and should be a bipartisan goal for the Indiana General Assembly,” said State Sen. Ron Alting (R-Lafayette), Senate Majority Floor Leader Emeritus. “I am pleased to be an author of SB 430 along with my colleagues State Sens. Vaneta Becker (R-Evansville), J.D. Ford (D-Bloomington) and Mark Stoops (D-Indianapolis). Grassroots groups are vital for such legislation to become law, and with persistence, I am hopeful this will happen.”

While advocates are disappointed with the early demise of SB 430, the Senate is considering a bill, HB 1331, that would protect future solar homeowners’ right to go solar from opposition from their homeowners association. The bill recently passed the Indiana House 90-6. A version of this bill has passed the Senate in the previous two sessions, but this is the first year that the bill has passed out of the House. While the version that passed out of the House this year was amended, advocates are asking for the Senate to return the bill to its original form.

Solar advocates also came to voice opposition to HB 1470. This bill would reduce oversight of monopoly utilities. This would lead to higher bills for ratepayers. The bill recently passed the Indiana House 74-19. This complicated piece of legislation amends previous legislation from 2013 that created the Transmission, Distribution, and Storage Improvement Charge (TDSIC) tracker that investor-owned utilities can add to your gas or electric bill. Citizens Action Coalition has put together a helpful background explainer about this harmful bill.

State Sen. J.D. Ford (D-Indianapolis) also addressed the crowd. “Hoosiers, you are paving the way when it comes to encouraging successful sustainability efforts, and I reject the General Assembly’s inability to accept legislation that will better support renewable energy,” Ford said. “I authored Senate Bill 430 this year to eliminate the phase out of net metering and put the power back in the hands of Hoosiers. Unfortunately, my proposal was never given a hearing in the Senate. I am fighting for Hoosiers to have equal access to energy freedom and solar opportunities, and I believe that all my fellow legislators should support clean energy incentives.”

Hoosiers across our state are leading a grassroots movement for renewable energy in Indiana, and today’s rally showcased that momentum. This was our first Renewable Energy Day, but it certainly won’t be the last.

If you weren’t able to attend Renewable Energy Day, or if you did attend and you’re still rearing to go, you can petition the Indiana General Assembly to expand solar access by following the button below or on the left.