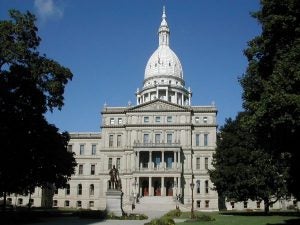 We have written a great deal about solar advocates in many states (Nevada, Arizona, Florida, etc.) fighting utility attempts to stop the spread of rooftop solar. But there’s also a battle underway between utilities and proponents of community solar. Michigan provides a good example of how this conflict is developing.

Michigan solar advocates claim some utilities are using regulatory hurdles to block proper development of cooperative-owned solar. They maintain that community solar is, in effect, being held hostage by these utilities. The situation is complicated by state lawmakers and regulators who tend to favor the interests of utilities over private solar developers, and by the lack of a consistent state policy on utility community solar.

“Utilities have taken the initiative to do their own community solar projects and existing laws and policies make it difficult for private developers or communities to develop their own community solar projects in Michigan,” said John Sarver, former president and a member of the Board of Directors of the Great Lakes Renewable Energy Association (GLREA). Sarver notes he is speaking for himself and that his views do not necessary reflect the views of the GLREA board.

In general, investor-owned utilities have pushed business models for solar where they maintain monopoly control of solar; keep competition out of the market; prevent or limit ratepayers from owning the systems themselves; and develop community solar in regulated markets where they can rate base the construction of solar. Rate basing allows them to earn a 6-8 percent guaranteed rate of return from any expenditures made in the planning, construction and maintenance of the solar project.

In October 2015, the Lansing Board of Water and Light approved two one-acre projects, both offering 300 kW of power, for East Lansing and Lansing. Each is anticipated to have 1,000 panels. Participants in either BWL program, which is open to all BWL residential and commercial customers, will be able to lease a panel, or panels, for 25 years and receive full credit on their BWL utility bill for the solar power produced. The lease cost for a 300-watt solar panel for the East Lansing project is listed as $399. BWL’s press release describes this as “a favorable industry price point.”

Even more ambitiously, BWL selected the Vermont-based developer groSolar to work on the largest single solar project in Michigan’s history: a 20 MW project. This will nearly double the state’s solar capacity.

In April of last year, Consumers Energy filed a request with the Michigan Public Service Commission (MPSC) for a three-year pilot program to develop up to 10MW of solar. The company wrote, “The solar projects will be greater than 500 kW in size in order to achieve economy of scale, in highly visible areas if possible, to further educate and promote solar energy in Michigan.”

The words “economy of scale” here are significant. Varun Rai, one of the authors of a study on community solar and utilities by the University of Texas, Austin, claims in this article that utilities intend to appeal to ratepayers with their community solar programs through just such economies of scale, as a substitute for virtual net metering. In other words, utilities are hoping that if they can build the solar installations themselves profitably, they can prevent ratepayers from owning the solar and thus lowering their electric bills with their homegrown production through net metering. Consumers Energy opened its first two solar power plants at Grand Valley State and Western Michigan universities last year.

Critics of the utilities do not consider themselves “anti-utility.” According to this article, they are rooting for Consumers Energy to succeed in its proposal to build its 10MW community solar program in Michigan. What they object to is that the utility’s “value of solar” methodology to compute the price of the solar power they would purchase from customers is inherently flawed.

The Environmental Law & Policy Center filed a brief with the Michigan Public Service Commission, which said, “While it is a good thing that Consumers Energy is exploring community solar, the company’s initial proposal has serious flaws. The company’s bill credit formula undervalues distributed solar and its pricing terms lack transparency and accountability.” In other words, Consumers seems to be tilting the regulatory scale strongly in favor of solar owned by the utility – and this is not an isolated pattern.

“Consumers Energy is being very conservative in defining what should be included in a ‘value of solar’ tariff,” Sarver said. “For example, their definition does not include the environmental benefits of solar.” This matters, because “value of solar” is one of the key measures used to determine if net metering rules are fair to solar homeowners and other ratepayers within the system. An unbalanced value-of-solar analysis will result in policies that disincent rooftop and net-metered solar.

Nevertheless, each utility is feeling its way toward the right balance between 100 percent monopoly of solar and sharing some part of the market, ownership or benefits with other stakeholders. “Net metering, community solar, customer-owned solar and utility-owned solar all result in a clean, renewable energy resource,” Sarver said. “The options can complement each other and should be supported and encouraged.”

“Communities should explore behind-the-meter approaches to community solar, but it is difficult because of existing Michigan laws and policies,” Sarver said. In other words, like so many challenges relating to solar power, it is not a matter of confronting technological problems, but of a lack of political will.