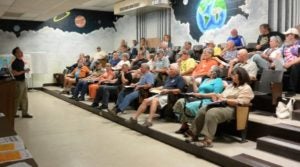 The Mountain Maryland Solar Co-op has released a request for proposals from area installers to serve the 45-member group. Neighbors in Allegany and Garrett Counties formed the group to make it easy to save on solar.

Western Maryland residents interested in joining the co-op can sign up at the co-op webpage. Joining the co-op is not a commitment to purchase panels. Co-op members will select a single company to complete all of the installations. They will then have the option to purchase panels individually based on the installer’s group rate. By going solar as a group and choosing a single installer, each participant generally saves up to 20% off the cost of their system.

The group’s RFP can be downloaded here.

The response template can be downloaded here.