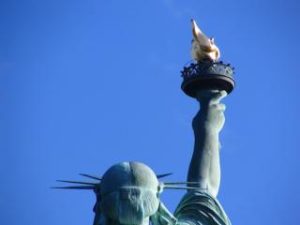 The barriers low-income families face to accessing solar have hindered its growth. Changing this is a goal of New York State’s Renewing the Energy Vision (REV) process. So, solar advocates were shocked when in August, the New York Department of Public Service (NYDPS) announced it would suspend its work to remove barriers to low-income customer participation. The agency’s decision to do so has disappointed advocates for solar and low-income communities.
NYDPS began its work on this issue in July of 2015 as a result of an order from the state Public Service Commission. Per the order, it was to collaborate with stakeholders to identify barriers to low-income customer participation in community distributed-generation projects, and to identify mechanisms for removing those barriers.

The staff at NYDPS proceeded to initiate a dialogue involving the New York State Energy Research and Development Authority (NYSERDA), low-income community organizers, utilities and other interested stakeholders. The NYDPS’ staff report claimed “workable solutions have not arisen that would overcome those barriers.” In essence, NYDPS simply gave up on what it had been assigned to do. In their report, staff wrote the next step will be to prepare a white paper examining, among other issues, utility ownership of community-shared generation.

“I would say that there are two tendencies competing within energy leadership (between NYDPS NYSERDA),” said Adam Flint, Community-Owned Shared Renewables Coordinator for the New York State Energy Democracy Alliance. “I think what you’re seeing is the default tendency, with some staff going with what they know, which is the utility’s position.”

Flint’s organization was one of the stakeholders that took part in the process. He believes nonprofit developers may be the ones to be able to implement the REV program’s desired goal. In his opinion, there are areas of the program where the market can function very well, such as downstate and in the capital district, but not as much in other places. He believes that in those places, government help may be needed to make solar power workable. “The state has gone too fast ramping down [renewable energy] subsidies,” he said.

One of the baffling things about the NYDPS’ report was that the organization would go to so much trouble to solicit input from so many stakeholders regarding low-income New Yorkers’ access to clean energy, yet reject the recommendations of everyone except the utilities.

“I think part of [their rationale] might be a deep belief in market solutions to expanding renewable energy, and this market-driven approach has prevented them from thinking outside the box,” said Anthony Giancatarino, Director of Policy & Strategy at the Center for Social Inclusion (CIS). “They may genuinely believe that the utilities’ approach is the only viable one.” He pointed out the part of the REV order that specifies that the utility can’t own renewable projects, except in low-income communities in which there is no infrastructure and the market isn’t functioning. “We pushed back against that rationale, but they rejected our arguments.”

Flint emphasizes that access to clean energy, as the state has formulated it, must be a right and not a market proposition. “The governor has said that everyone should have clean energy, regardless of zip code and income.”

The New York State Energy Democracy Alliance wrote that the NYDPS decision was an attempt to “kick the can down the road”: that is to make low-income New Yorkers’ lack of access to solar power generation somebody else’s problem. Was this true, or was the decision perhaps an attempt to actually bury the proposed solutions by the non-utility stakeholders?

“I don’t think that they wanted to destroy the ideas,” said Giancatarino. “It’s a big challenge and a big lift to allow low-income people to be stakeholders in their own energy production. I don’t think that the NYDPS staff was really up for that challenge. However, I don’t think there was any bad intent. They didn’t want to take the time to think through how to change the structural barriers that exist.”

Both Flint and Giancatarino believe that the staff at the NYDPS, in addition to being initially biased towards the point-of-view of the utilities, may have been overly influenced by them during the collaborative process.

“The utilities were within the collaborative itself, so they were part of the conversation,” said Giancatarino. “They provided feedback. It’s hard not to imagine that the utilities influenced this. They have longer working relationships with the NYDPS, so they have more influence.”

Flint and Giancatarino do not intend to be deterred by this setback.

“We are continuing to participate in these proceedings of the PUC, even though they are frustrating,” Giancatarino said. “We don’t want to back out now. We still want to stand up for low-income communities and communities of color.”

Giancatarino said his organization is looking to support pilot projects to demonstrate that community solar is a viable path to engaging low-income communities in solar. “We want to shift the assumption that utility ownership is the best way to go,” Giancatarino said.

“We’re communicating to the public through media our vision in which shared solar is for everyone,” said Flint. “The NYDPS report is an impediment to that. It is not helping New York reach the governor’s goals. We will communicate with the highest level of government to promote our vision, including state legislators.”