In particular, rural electric cooperatives, which provide power to sparsely populated areas of the country, are becoming increasingly involved in the politics of renewable energy and distributed generation (DG). Some stand in direct opposition to progressive energy policies or DG. Others, however, have begun to champion change.

What are Rural Electric Cooperatives? 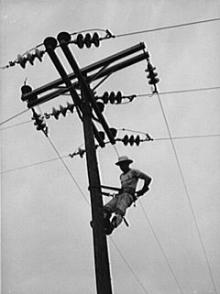 Electric cooperatives are non-profit utilities that are established to provide at-cost electric services to their member-customers. Created by an Executive Order in 1935 under FDR’s New Deal, the Rural Electrification Administration (REA) brought electricity and prosperity to rural areas of the country that investor-owned utilities refused to serve because of cost concerns. The REA provided low-interest, long-term loans to entities that would construct electrical infrastructure for rural areas of the country. Farmers and other rural citizens formed cooperatives to take advantage of the loans. Now, electric cooperatives provide electricity to 12% of Americans, owning 42% of the country’s electric distribution line miles to accomplish that task.

Electric cooperatives are owned by their customers, who each have one vote. A Board of Directors, which is elected from among the membership, governs the cooperative and hires a professional staff. The Board establishes the policies and procedures that are implemented by the cooperative’s management.

NRECA drafts white papers, maintains online organizing tools, and has a political action committee that it uses to spread these views, make political donations, and lobby legislative bodies in order to advance these policies. Though they are most focused on affordability and reliability, their policies simply maintain the status quo, and do not work to improve their members’ environment or promote local economic development via renewables.

Rural electric coops also often view state Renewable Portfolio Standards (RPS) as a threat to the affordability of electricity for their members, as well as an infringement on their independence. Currently 29 states have RPS laws in place, which also apply to cooperative utilities, though usually at lower standards. This fight is occurring in Colorado and other states, where rural electric coops are going head to head with government regulators and environmentalists over RPS deadlines that they feel are too ambitious.

Cooperatives can vary significantly on how they approach renewables, however. There is an emerging movement of cooperatives that see renewables as an opportunity to generate their own electricity, diversify their power supply, protect members from volatile prices, and create jobs in the communities of their members. Here at CPN we are getting an increasing number of requests from members of cooperatives asking: “How can we change our local Coop?” 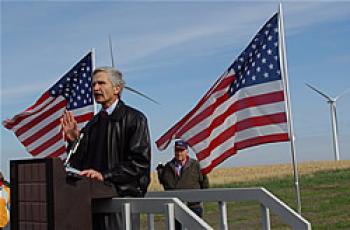 Specifically, as renewable industries achieve economies of scale and installation prices plummet, rural electric coops are increasingly turning to renewable options for electricity and heat production. Distributed generation is inherently advantageous to rural communities, as it eliminates the excessive costs of connecting long electricity lines from current generation sites to individual rural communities, where the average number of customers per mile of line is less than one fifth that of investor-owned utilities in more densely populated areas. Renewable generation sites can even be located on, or in close proximity to, residential properties because they don’t produce pollution like coal-fired facilities. This also reduces the risk of outages due to severe weather disturbing long transmission lines, increasing rural self-reliance. The inherent advantages distributed generation presents to rural communities, combined with the more cohesive and engaged customer bases of electric cooperatives, could soon make rural electric cooperatives a major force in the demand for distributed renewable electricity generation.

There are several electric cooperatives across the country that have begun adopting renewable energy sources into their fuel mix. For example, Dairyland Power in Wisconsin has sourced 12.5% of its retail energy sales from wind, hydroelectric, landfill gas, animal waste, and solar, exceeding its RPS mandate by over 4%. Southern Maryland Electric Cooperative installed a 5.5 MW, wholly-owned solar farm. And in sunny Hawaii, Kaua’i Island Utility Cooperative has installed over 280 watts of solar per customer.

An Outstanding Example of a Rural Cooperative Embracing Renewables 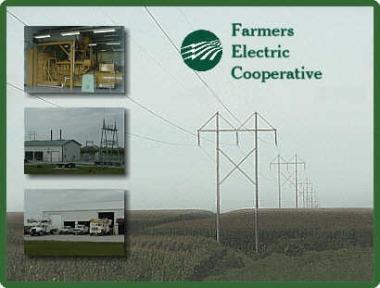 Among rural electric cooperatives that are leading the charge for renewables, Farmers Electric Cooperative (FEC) stands out. Located in rural Kalona, Iowa, FEC currently serves 640 subscribers/members. Located in one of the most conservative communities in the nation, it is also quite possibly the most progressive utility in America. The coop offers a number of incentives to encourage customers to develop renewable energy projects or implement energy efficiency measures, including a feed in tariff, energy efficiency incentives, remote real-time metering, and load controls. As of October 2013, FEC had over 20 customer-owned solar electric systems with a combined capacity of 260 kW, ranging in size from 2 kW to 50 kW. FEC also manages a 40 kW solar garden/community solar project that is fully subscribed. With 20% of the coop’s subscribers buying in to solar PV, the FEC has one of the highest participation rates for a green power program of any utility in America. They’ve also started constructing a 500 kW solar farm that, once completed, will place FEC as the national leader in installed solar with 1250 watts per member-customer.

FEC’s policies are decided by a volunteer Board of Directors that is elected each year by the members. The cooperative’s activities are implemented by a general manager and staff. Though Warren Mckenna, the general manager, has driven many of the cooperative’s innovative programs and emphasis on renewable energy, he has declared that, “If it can be done here, it can be done anywhere.”

The following are a number of documents that outline the successes of FEC, details of their programs, and what Warren envisions for the future of coop:

Community Power Network offers tools and resources to help communities work for change. If you’d like help starting a petition, advocating for better policies for your rural electric cooperative, or help getting progressive members elected to your coop board, contact us!