Update 4/2019: If you’re looking for information on this year’s Brews from the Sun competition, you can find it on our new website brewsfromthesun.org.

On Wednesday, August 8, dozens of solar supporters and beer enthusiasts from across the District gathered at the Right Proper Brewing – Shaw Brewpub & Kitchen to enjoy solar-powered beer and learn about the first annual Brews from the Sun competition to crown America’s favorite solar craft brewery.

Voting for the competition closes Saturday, August 18 at midnight.

Since June, solar supporters and beer enthusiasts from around the country have cast thousands of votes—you can see a live tally of the vote totals and cast a vote for your favorite solar craft brewery at www.solarunitedneighbors.org/brewsfromthesun.

Right Proper Brewing Company—one of two D.C.-based breweries competing this year—was able to jump into the top 10 of the standings thanks to the votes cast at the Brews from the Sun Happy Hour. They installed a 65 kW solar system on their Brookland Production House + Tasting Room at 920 Girard Street NE in 2017.  The other D.C. brewery competing is Atlas Brew Works, which is located at 2052 West Virginia Avenue, NE, and installed a 67.5 kW solar system in 2015.

The winning brewery of the inaugural Brews from the Sun competition will receive a special award honoring their commitment to solar energy, a print ad promoting their brewery’s solar efforts in BeerAdvocate, and most importantly epic bragging rights as America’s favorite craft brewery with solar in 2018!

Here are some photos from the evening: 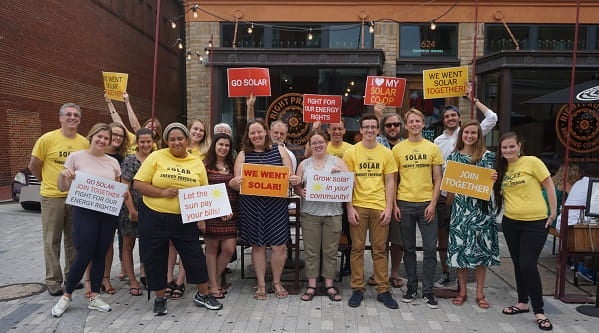 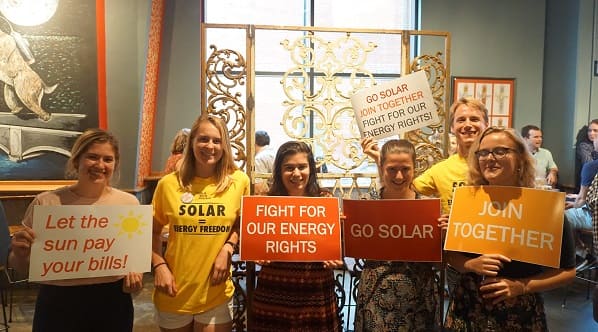 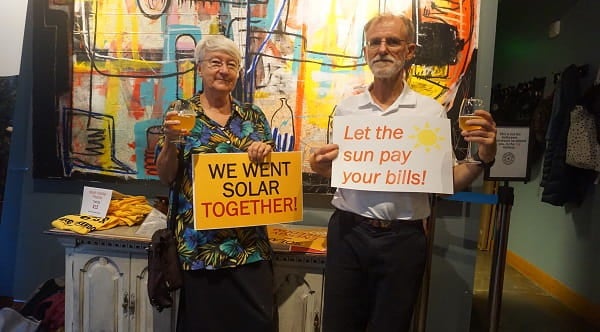 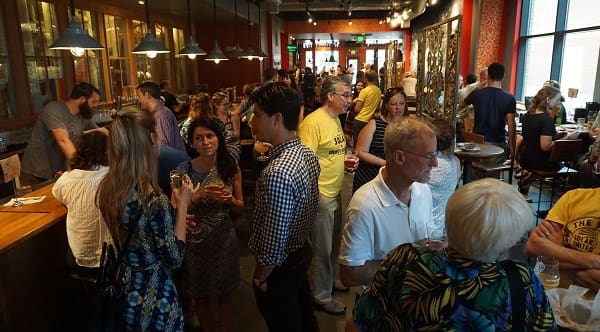