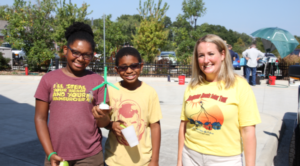 Hampton Roads residents will soon have an opportunity to see solar up close, as the 2015 incarnation of the Hampton Roads Solar Tour is quickly approaching. This year it is being held October 3 and 4.

This year’s tour features more than 20 sites in four areas of Hampton Roads. Saturday will see tours in Southside and the Peninsula, and the Eastern Shore. There will be a tour in the Middle Peninsula on Sunday.