Bi-partisan legislation introduced in the Pennsylvania House and Senate would change this. These bills require our electric utilities to buy more energy from solar and other alternative sources.

HB 1080 and SB 501 would require that utilities buy 5.5% of their electricity from in-state solar energy by 2026. Currently, solar accounts for only about 0.5% of our state’s energy use.

We need to act quickly

Pennsylvania has set a target for solar energy. This is known as the Alternative Energy Portfolio Standard (AEPS). It requires utilities to source a certain percentage of their electricity from solar.

Under the AEPS, solar owners earn credits based on how much electricity they generate. Solar owners sell these credits to utilities. Buying these credits is how utilities can meet the law’s target. The current target is 0.5%. After May, it stops increasing.

This could dramatically slow the growth of solar energy in Pennsylvania.

If the legislature does not increase this target, utilities will need to buy fewer solar credits. This will cause demand for new solar energy to plummet. Solar homeowners will earn less from their solar systems. Fewer people will install solar. And, solar jobs will be lost.

How does the AEPS work?

Pennsylvania’s Alternative Energy Portfolio Standard (AEPS) came into law in 2004. It has helped Pennsylvanians benefit from solar energy. It does so by requiring that Pennsylvnaia’s electric utilities receive at least 8% of their electricity from renewable sources. This includes solar, wind, geothermal, and hydro. Specifically, half of one percent of this total had to come from solar energy. The law has been a success. Today nearly 8% of Pennsylvania’s electricity comes from renewable sources. There is a bill in the legislature to update the AEPS. It increases the AEPS target to 18%. This includes a 5.5% requirement for solar. Click here to urge your representatives to support the AEPS update.

How  does the AEPS benefit Pennsylvanians?

One SREC is created when 1 MWh of energy is produced at a solar array. SREC revenue is added to the lower electric bills that solar owners enjoy when their solar generation replaces energy they must purchase from their utility. Homeowners, farmers, and companies who generate their own solar energy sell their SRECs to their utilities so that they can offset the cost of going solar. Utilities purchase SRECs so they can meet their renewable requirements. The larger the solar carve-out, the greater the demand for SRECs, which puts upward pressure on their value.

An increase in the value of SRECs means Pennsylvanians with solar on their homes are paid more for that energy, decreasing the cost of going solar. For anyone with solar, the payback period (how long it takes for the solar energy system to pay for itself) drops as SREC values go up. 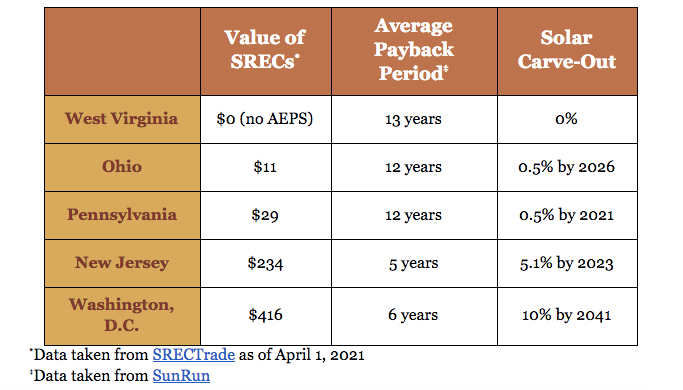 Increasing the AEPS renewable energy requirements drives economic growth. Every solar project that does not get initiated is a loss of high-quality jobs for Pennsylvanians.

The AEPS Act incentivizes Pennsylvania’s utilities to transition from fossil fuel energy. Traditional fossil fuels like natural gas, oil, and coal have negative externalities from polluting the air and water. They also increase the amount of carbon in the atmosphere, accelerating climate change. These costs are not reflected in the price of fossil fuels, which forces society at large to foot the bill in the form of environmental degradation, health care costs, and the ever-intensifying effects of climate change. Clean energy, like solar, provides power to homes but without all the negative effects, which is of immense social value. Therefore, people who generate clean energy are financially rewarded for providing that service in the form of Solar Renewable Energy Credits, or SRECs.

Pennsylvania as a leader in energy production

Pennsylvania is one of the country’s top energy producers. Without an aggressive and robust AEPS Act, the transition to a clean energy economy will slow down when it should be accelerating. The current goal is only 8% of the Commonwealth’s electricity generated from renewable sources. Pennsylvania’s neighboring states are striving for much more impactful goals of 50%, 70%, even 100% renewable energy by as soon as 2030! Those are green jobs that are going to other states while they also fight climate change. Pennsylvanians should want all the benefits – economic and environmental – that come with investing in renewable energy. 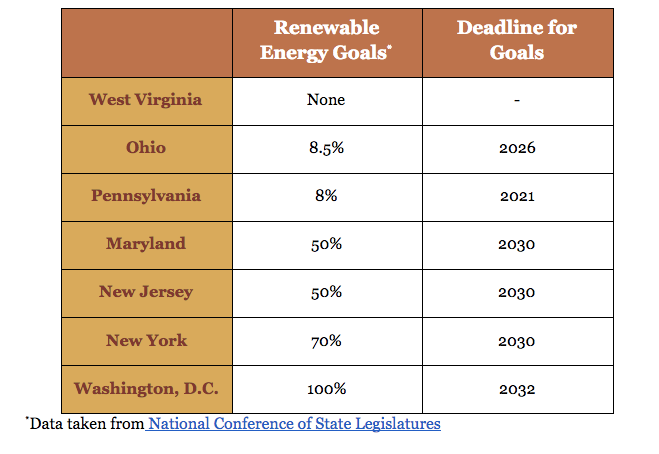 Pennsylvania is the third largest energy producer in the country, and it has only minimally invested in renewables. Imagine what it could do with a real push to invest in carbon-free energy! Increasing the Alternative Energy Portfolio Standards is a critical step to creating economic growth for PA residents who install solar, create new high-quality jobs, combat climate change, and decrease our dependence on fossil fuels. 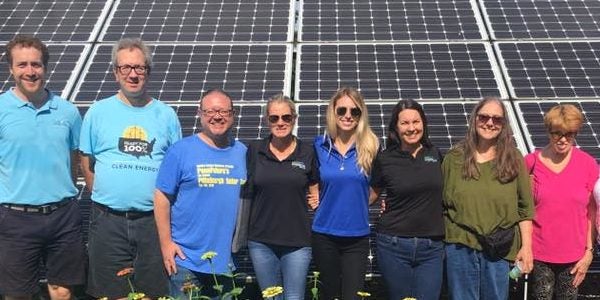 Fight for a cleaner, fairer energy system in Pennsylvania 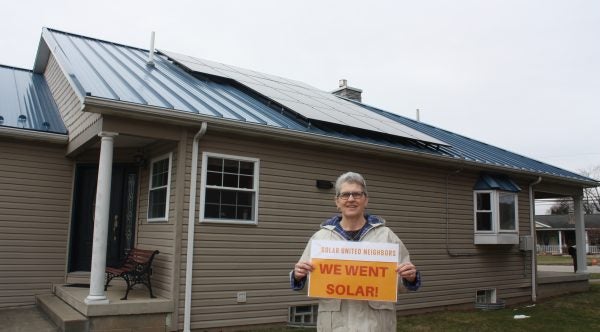 Protect your right to go solar in Pennsylvania 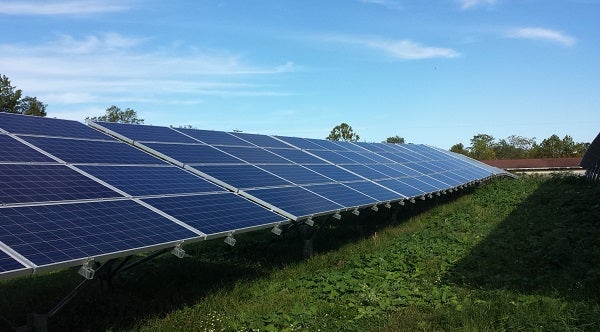