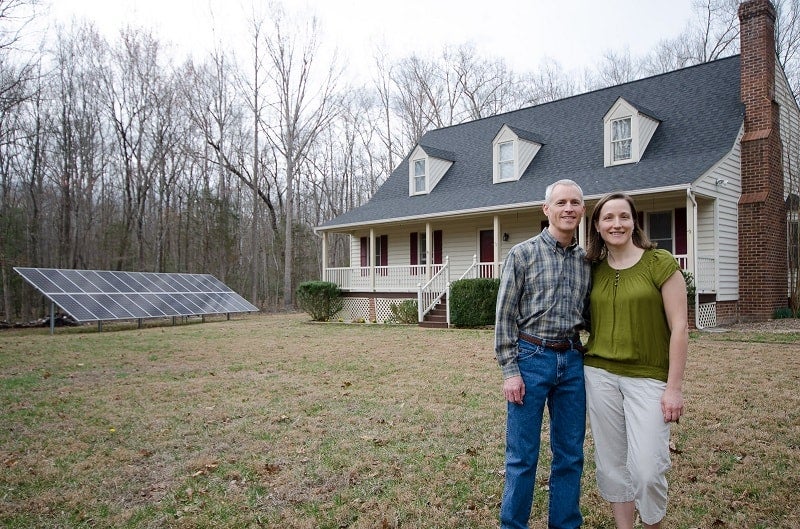 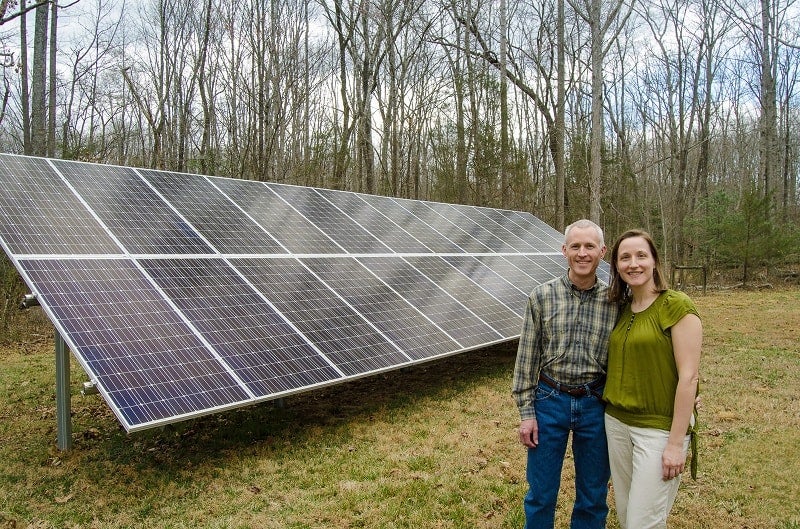 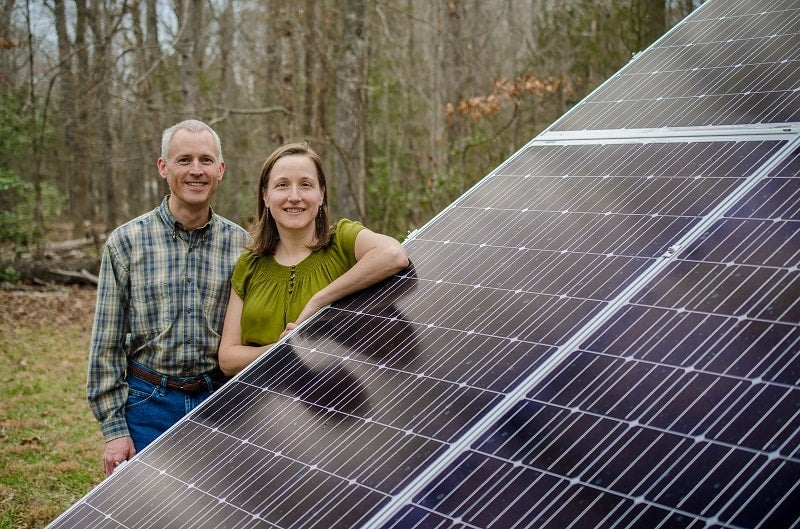 The cooperative brought people together securely for the big step.

There are many reasons.  We like the idea of supporting an innovative technology that doesn’t pollute and believe that the best way to provide our support is by direct investment.  The knowledge that we can get a full return on our investment and then some down the road was also a big incentive.  Plus, as David says, “It’s just cool.”

We liked how it brought people together to negotiate, share what they know, and feel more secure about making the big step.

If you have limited open space like we did, take note of where the sun hits at different points of the year. We actually drew a shadow map that showed where shadows hit at various times of day. We also spray painted the shadow line in the morning and afternoon just before the panels were placed. The panels ended up getting placed a significant distance away from the original stakes as a result, and the move turned out to be a good one.

How much people who hear about us going solar or who come to visit want to talk about it. It seems like there’s lots of different people who would love to go solar themselves for different reasons but still feel like they need to know more before getting serious.

We have generated nearly nine megawatts of power in one year.

We didn’t move into the house until after we installed the solar panels so we can’t really compare, but we can say that in one year there were eight months we didn’t have to pay for any electric usage, nearly nine.  On top of that we are earning some SREC dollars.

We didn’t get the online monitoring right away but are really happy now that we do have it.  It’s a lot of fun to keep track of how much power you generate and to see the effect of various weather conditions.