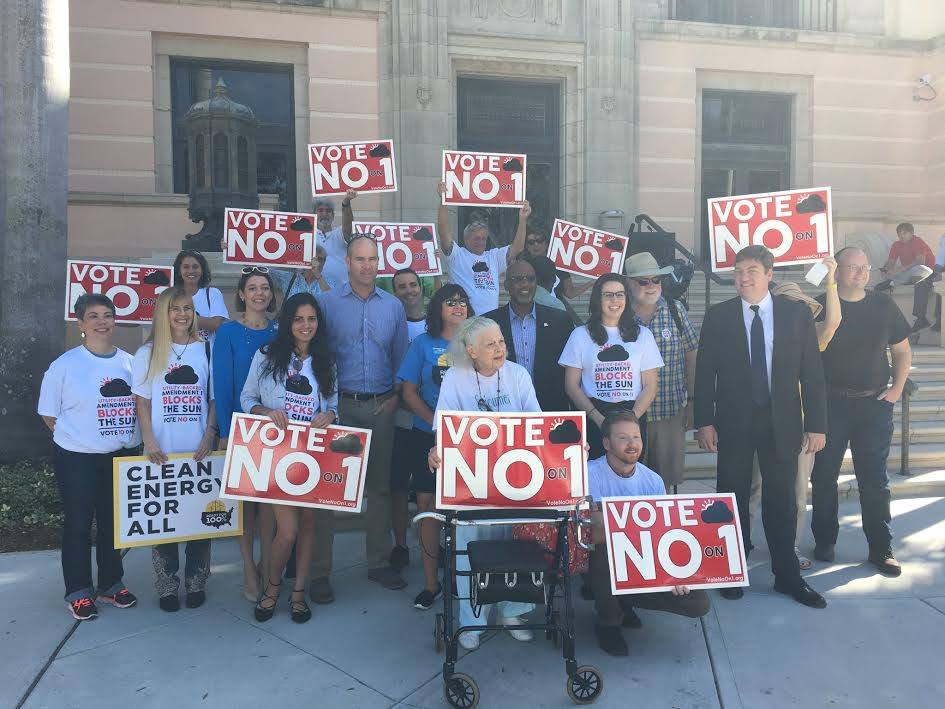 In 2016, we worked with renewable energy advocates across the state of Florida and political spectrum to educate the public and fight anti-solar initiatives at the ballot box. Our members were actively engaged in making sure the public understood the proposed ballot amendments 1 & 4 and their impact on the solar market during both the primary and general elections. We succeeded in approving and defeating Amendments 1 & 4, respectively, strengthening the ability of Floridians to own and produce their own solar power.