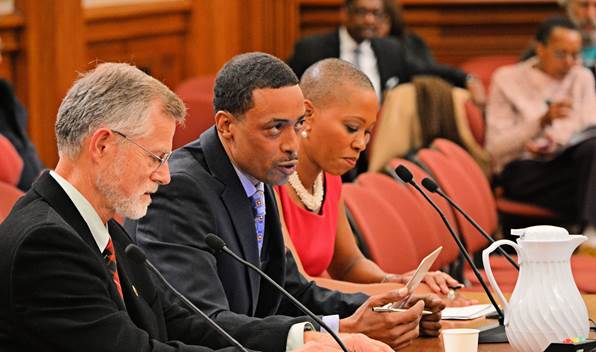 In D.C., we passed the Community Renewables Energy Act of 2013. The bill authorizes virtual net-metering and allows D.C. residents to virtually “subscribe” to a solar installation. The electricity produced by their solar installation is then credited to their monthly electric bill. We worked throughout 2013 and 2014 to change the Public Service Commission’s proposed rules that reduced the rate that community solar subscribers would be credited for their subscription. The rate the commission set unfairly harmed low-income participants by undervaluing the electricity they would generate through community solar. Our coalition filed comments refuting this interpretation and worked tirelessly to ensure the rules were revised. We were finally successful in 2017. Learn more about our work on community solar in D.C.