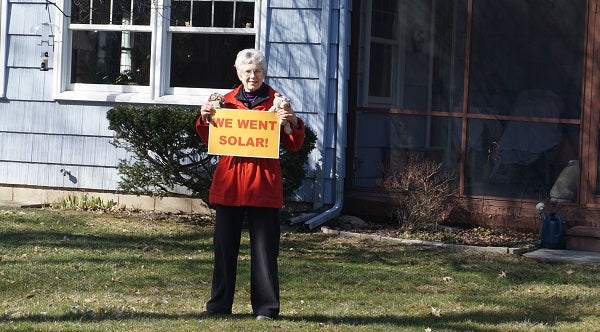 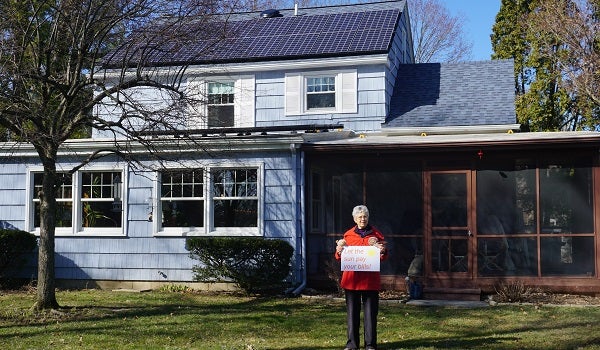 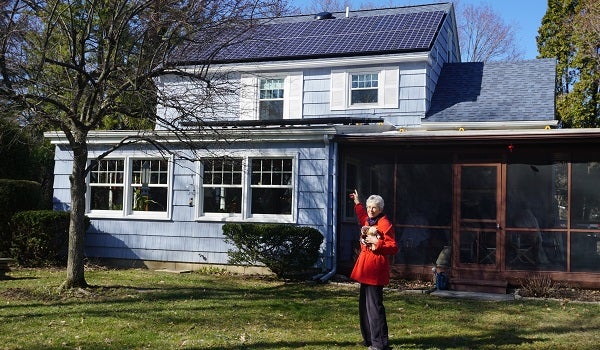 Solar is the logical conclusion for Earth and financial savings.

Our original interest in solar power was to reduce pollution, reduce long-term utility costs, be an example others might follow.  The timing let us be part of a co-op, reducing initial costs and have possible rebates.  We support solar energy now because it’s everything we had hoped for.

We chose SUN-Ohio because they came to Oberlin, offered a convincing presentation, demonstrated they knew what they were talking about, and had a good reputation.

Our solar panels produced 70% (well, 69.98%) of our total electricity usage for the year – about 8 percentage points ABOVE Third-Sun projections for our project.  Full Disclosure: Total recorded electrical usage (a/c plus phv) was about 10% less than in 2016.

Solar production was about 96% of the figure projected for the system. That seems remarkably accurate for anything which includes a weather variable.

We are delighted with the solar installation.  And we found the project assessment, the proposal, and the installation (1½ days!) were thorough, clear, prompt and expertly done.  Our installation may have been a trifle simpler than some, but the care, courtesy, and expertise will be the same.  Operation has been very reliable. The panels have survived deep, heavy snows, two hailstorms (I have some great videos), and other slings and arrows of outrageous Ohio.  It did shut down in August, apparently due to a lightning strike nearby, or the meter replacement by the power company that day; I failed to notice the shutdown, and so the reboot was delayed; but there was no physical problem, and the tech help people were very responsive when I (belatedly) called them.  So, be sure to monitor your system daily after it is installed (mobile app available!).

Our advice to anyone considering going solar would be to go co-op, work with experienced people, and be sure to have a complete assessment of your location and the physical structure as you make your decision.