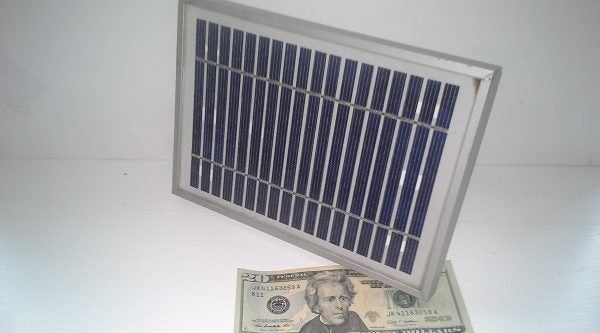 Solar advocates and the state’s largest utility, Arizona Public Service (APS), reached a settlement in March that sought to resolve a fierce years-long battle over energy rates. Although the state’s energy regulator, the Arizona Corporation Commission (ACC), has to officially approve the settlement, the apparently peaceful and satisfactory resolution of the dispute stands in stark contrast to the situation in neighboring Nevada. In that state, in late 2015, the Public Utilities Commission ignored most of the input it had received from numerous sources and issued a directive that virtually gutted net metering, an act from which that state’s solar industry has yet to recover.

The settlement threw out APS’ original proposal, which would have implemented mandatory demand charges for all residential and small commercial solar customers. According to this article, rooftop solar customers are currently paid at the retail net metering rate in Arizona, which is between 13 cents and 14 cents per kWh. However, according to an article published last June, if APS had gotten its way, according to the plan it proposed at that time, the net metering credit would have dropped catastrophically to the wholesale rate of between 2.5 cents and 3 cents per kWh. This rate would have been in addition to the mandatory demand charge.

The compromise settlement involves new “offset” and “export” rates for solar households. “The ‘offset rate’ is really just shorthand to describe the value that the average customer will get from generating and consuming their own clean solar power,” Mason said.

“The export rate applies to all kilowatt hours not used within the household [and exported via distribution lines to neighboring homes],” said David Tenney, the Director of Arizona’s Resident Utility Consumer Office (RUCO).

Both rates will be somewhat lower than the current retail rate, but not nearly as low as APS wanted them to be. According to this article, the settlement sets the offset rate at around 12 cents per kWh, including a mandatory grid access fee. The new export rate would be 12.9 cents per kWh. Both rates would thus be at most a penny or two per kilowatt-hour less than the current retail rate.

Under the agreement, solar customers can opt for either the demand charge or time-of-use (TOU) rates. Time-of-use rates are adjusted by time of day, depending on the needs of the grid. The deal will also allow existing solar customers, including those who apply for solar before a final decision is made in this case, to avoid the demand charge altogether for 20 years from the date of their interconnection.

Tenney believes that the settlement’s rejection of the utility’s original plan is significant. The decision “showed a general (non-utility) consensus for customer choice in rates,” Tenney said.

Mason believes the rate does not fully account for solar’s full social benefit, including environmental benefits. Tenney, speaking on behalf of his organization, disagrees.

“The ACC does include those benefits by linking the price paid to DG solar to utility scale solar, which has the same social and environmental benefits. The ACC could have pegged it to ‘brown’ wholesale rates, but [instead] pegged DG compensation to an environmentally-friendly equivalent.” He believes that “this is a compelling settlement that provides many benefits to many different parties,” and thinks that the ACC will approve it, but concedes “nothing is a slam dunk in utility regulation.”

Mason thinks it is “not all that surprising” that, after years of controversy between APS and the growing solar market in Arizona, the latter were able to force the former to the bargaining table. Solar advocates saw the industry threatened by the utilities’ talk of further fees and rate increases. She believes that there was a consensus among utility customers, solar companies and supportive organizations that without a solution, the solar industry would die – and the public apparently agreed, as many of them appeared as “intervenors” at the commission rate case hearings with both written and spoken comments against further rate increases and fees.

Meanwhile, AriSEIA reached out to APS and other interested parties seeking a negotiated solution and APS cooperated with this effort. Although no party to such a long and complicated negotiation can be completely happy with the result, Mason feels that the agreement should satisfy the solar industry and the utility for at least the next several years.

In this article, Stefanie Layton, a spokesperson for APS, was quoted as saying, “This settlement was a compromise with a lot of different parties involved and a lot of different interests recognized. And it’s an agreement that’s a win for customers.” Tenney agrees with this view — with reservations.

Mason said the settlement “is no doubt going to slow down the solar industry in Arizona”. She believes that given the alternative (i.e., the wholesale rate, plus mandatory demand charge), the settlement is a win. “It maintains the freedom for utility customers to affordably generate some of their own clean renewable power.”