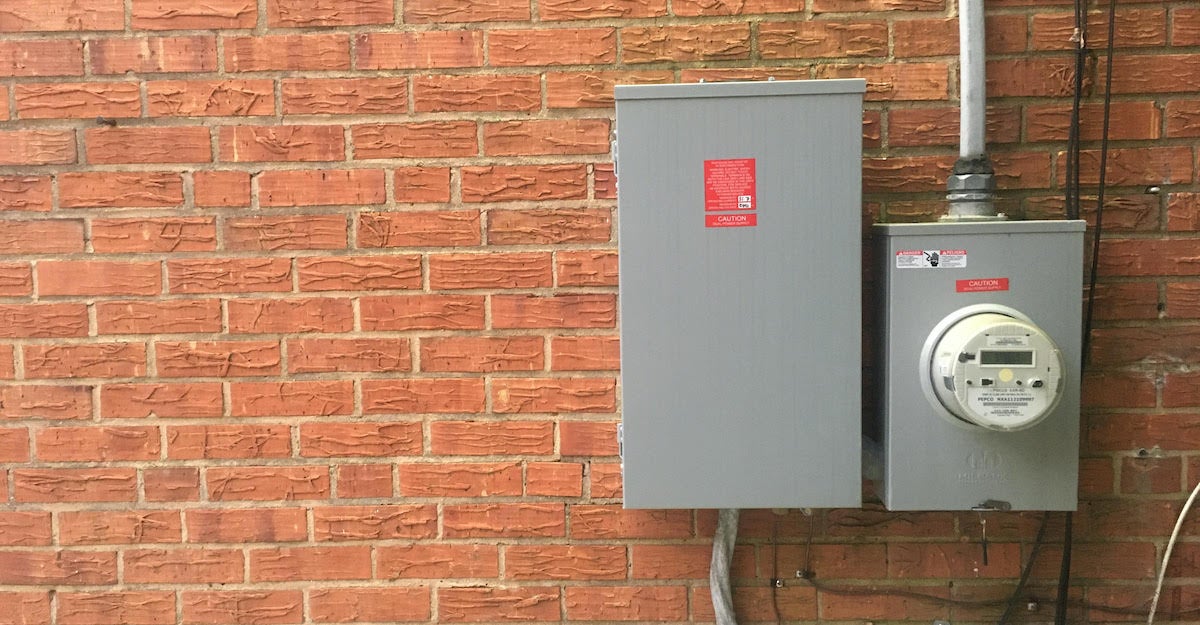 What is net metering?

Most solar systems are connected to the electric grid, or “grid-tied.” The electricity generated by your system can flow to and from the grid.

➡️ Solar electricity flows out of your home in moments of over-production. Your excess electricity is then used by the house next door, or the neighborhood library.

So how do you get credit for the extra electricity you produce? And how does that affect your electric bill? The answer: net metering.

On this page, you’ll find:

The meter would then “net out” the difference at the end of each month. The resulting bill would reflect the “net amount” that the meter reader saw on the dial.

The same concept holds true today — only with digital meters, not analog. If your monthly solar electricity production actually surpassed your utility electricity consumption, you’d end up with a negative bill credit. That credit may be carried over to the next month’s bill like cellphone roll over minutes.

This arrangement is called net metering. Net metering is the policy that enables you to be compensated for your solar electricity production, allowing you to offset your electric bill with that production.

Net metering is a state-level policy — passed by state legislatures and varying from state to state.

So, if your solar array produces one kWh of electricity, you can directly reduce your electric bill by one kWh. If that kWh of solar electricity is generated when you don’t need it, you’ll receive a credit for the full retail value of that kWh, which you can then use to offset your electricity consumption at a later time.

States’ rules vary in how and when they calculate the net metering credit, see below for state-specific information.

Interconnection is the process through which your utility connects your solar array into their grid, allowing for the flow of power between the two.

Before you can install your system, your utility must first approve it. Your installer will submit the preliminary interconnection paperwork with your utility on your behalf, making sure the size and location of the solar array is approved by the utility.

Once your system is installed, your local jurisdiction will inspect it and your installer will submit a request for interconnection to your utility.

Once approved, your utility will visit the installation and install a two-way meter, which allows for more accurate reading and reporting of your solar electricity production. Once the two-way meter is installed and your utility gives you formal “permission to operate,” you can flip the switch on your solar array.

Smooth, timely, and cost effective interconnection is a key element of net metering.

Net metering in your state

Each state has its own net metering policies. Understanding those policies is key to making sure your solar investment is valued properly and compensated fairly.

Each of our state net metering pages lays out what you need to know when considering going solar in your state.

When looking at net metering in your state, consider these key issues:

Utilities or public commissions often limit the total system capacity (system size) you may install. These policies usually cap a system’s production at no more than a certain percentage of your yearly electricity consumption, often between 100 and 150%.

When your system produces more electricity than you need, it’s called “excess generation” or “excess production.” And thanks to net metering, your utility has to compensate you for it.

Typically, utilities will compensate you for any excess electricity you produce on a 12-month cycle. Where this is the case, you can use your excess production credits for up to a year.

The rate of compensation for this excess solar production varies greatly between utilities. Many utilities credit excess generation at the full retail rate, enabling the “one-to-one” crediting discussed above.

However, some utilities are moving towards crediting excess generation at a lower rate. Where this is the case, you’ll want to install a system that will enable you to consume as much of your solar electricity on-site as possible.

In many states, policies limit the total amount of energy that can be net metered. These rules harm states by hamstringing solar deployment. In many cases, the statewide net metering cap was set very low (often less than 3 or 4% of total utility electricity sales) when legislators enacted it years ago.

Many states are looking into raising this net metering cap in order to support the continued growth of solar.

For example, many state net metering programs are only enforced by state regulators for larger investor-owned utilities.  Many times, rural electric cooperatives and municipal electric authorities are exempted.

There are several types of net metering (see next section). Some states have passed laws that allow for virtual or aggregate net metering in order to broaden access to solar energy for residents and businesses.

Within net metering, utilities and public service commissions (i.e. the utility regulators) may deploy additional barriers to make it harder for residents to go solar. These may include additional fees when interconnecting to the grid, lengthy approval processes, and confusing tariffs.

The most common net metering arrangements for homes or businesses involve a single meter on a single property with energy credited to one bill or account. Think residential solar panels: they’re installed on a single property, feed into a single electric meter, and that meter is associated with the single utility account of the homeowner.

However, there are other types of net metering, too. Here are a couple:

This common policy allows a solar owner with more than one electric meter on their property to credit their surplus solar electricity from one meter to another meter (on the same property).

Aggregate net metering is most common on farms, and is commonly referred to as “Agricultural Net Metering.” A farm may have multiple buildings (each with its own electric meter), of which only one roof is good for solar. Often times, that good-for-solar building may have very little electric demand (e.g. a barn).

Tenant aggregation allows multiple occupants of a single building to share electricity or receive proportional credit from an on-site, shared installation. As of October 2016, 17 states have meter aggregation policies.

Virtual net metering allows for Community Solar. Multiple utility customers (called ‘subscribers’) sign up to receive credit for the electrical output of a single solar project somewhere in their community.

As of 2017, fewer than 20 states have virtual net metering policies. To learn more, see our community solar Learn the Issues page.

We continuously monitor net metering policy changes across the country. Some states are expanding net metering while others are attempting to roll it back. Solar United Neighbors remains the only organization dedicated to activating solar owners to support net metering advancements and fight against net metering attacks in their backyard.

We’ve compiled additional information about net metering in some states. Are you looking for information that isn’t covered here? Contact us.

Donate now to help build the movement to fight for net metering and other pro-solar policies.