Solar electricity is good for everyone. For solar panel owners, it lowers monthly electric bills, increases home value, and provides energy independence. Beyond individual solar owners, solar electricity also benefits society at large, creating local jobs, generating local wealth, improving energy security, and improving public health. Solar also benefits the entire electric grid. The brilliant tangle of wires, poles, substations, and meters that we call “the grid” is made stronger, cheaper, and more efficient thanks to distributed solar energy (like rooftop solar panels). This translates to long term savings for all ratepayers. Given the countless benefits that solar provides, what is its value? And how do we ensure that the full suite of benefits provided by solar energy is reflected in its price?

The values and benefits of solar electricity

The value of solar debate happening across the country is focused on precisely this issue. It’s true that solar panels produce electricity, which has a financial value that solar owners can access to reduce their electric bills. But what about the value of that electricity to communities, local businesses, public health, employment, and energy security? The main benefits produced by solar fall into the following categories:

Who receives the benefits of solar? 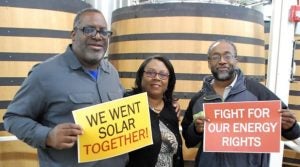 Beyond the direct bill savings that accrue just to solar owners, solar electricity benefits everyone. More solar jobs are good for all Americans; less air pollution improves the health of all Americans; homegrown energy improves national security; and a better-functioning electric grid means cheaper, more reliable power for everyone. Sadly, solar opponents often ignore these widespread benefits. In a deliberate attempt to slow the growth of solar, many of these opponents — from monopoly utilities to fossil fuel companies — claim that solar only benefits those people with the resources to install panels on their own roof. That couldn’t be farther from the truth. And, thanks to emerging valuation efforts, we now have the tools to quantify the value solar energy provides to society at large.

Measuring the value of solar 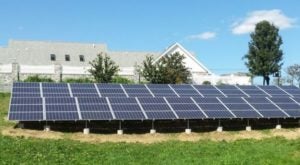 In dozens of states, energy regulators are undertaking processes to quantify the value solar electricity provides to state residents and the state’s electric system. This undertaking is widely referred to as a “value of solar” study. Different states are attempting to quantify the “value of solar” for different reasons: to create a more precise compensation mechanism for solar generation; to combat solar opponents’ false claims that solar only benefits its direct owners; or to develop more accurate information for policymakers. In the most extreme cases, some state regulators have undertaken these studies in response to utility attempts to devalue solar and exaggerate its costs. And it’s not just the traditionally pro-solar states doing it. From Minnesota to Maine, New York to Oregon, blue states, red states, rural states, and urban states have recognized the importance of quantifying the value of solar energy generated in their backyards.

The vast majority of these studies have concluded the same thing. Solar is undervalued by retail rate net metering alone.

The outcomes of value of solar undertakings are twofold: to create a financial estimate of the actual value of solar electricity, and to develop a methodology to measure that value moving forward. In efforts that have yielded the former (an actual financial value), you can often see variation in the solar value estimate based on who conducted the study. Of the 11 studies highlighted below, the only ones that estimated the value of solar electricity to be less than the value of retail electricity were commissioned by utilities. As more value of solar studies and proceedings are initiated across the country, it’s important to keep in mind who is doing them and their vested interests in their outcome.

Compensating solar owners for the full value of their solar electricity 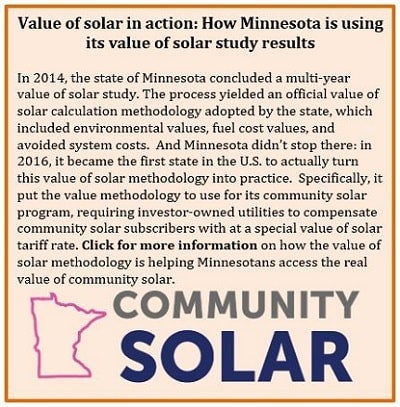