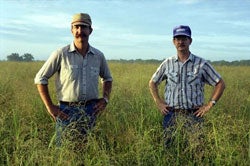 Rural electric cooperatives represent a major opportunity for the growth of community solar. Recognizing this fact, the nonprofit Environmental Law & Policy Center (ELPC) has set up a new website, Rural Solar Champions, to serve as a voice not only for those cooperatives that have already embraced solar, but for cooperatives that may have solar champions who are trying to persuade their fellow member-owners to adopt renewable energy.

The site identifies the seven principles of rural cooperatives. These principles could create a path to provide a more favorable environment to the adoption of solar power than that of investor-owned utilities (IOUs):

Olsen says that IOUs, by contrast, are answerable only to shareholders, often at the expense of their customers. Cooperatives return excess funds to its member-customers, as IOUs almost never do. Another advantage is that these cooperatives are located in rural areas that can provide renewable resources as well as land. And one of the reasons ELPC launched the website is the level of mutual support among the cooperatives, which is a key principle of cooperatives.

Despite this opportunity, there remains resistance from the cooperative sector. One key issue is that many rural electric cooperatives are locked into highly restrictive all source contracts requiring them to buy all of their energy from mostly coal powered generation cooperatives which are part of the cooperative network (see here for one example of a cooperative facing this barrier).

In this interview CPN conducted with Rory McIlmoil of Appalachian Voices in 2016, McIlmoil indicated that the policies of the trade association NRECA (National Rural Electric Cooperative Association) may be a significant stumbling block to cooperatives adopting solar power.

On the positive side, Olsen said that NRECA has sometimes promoted multiple forms of cooperative-owned or cooperative-managed solar, and has also worked with the US Department of Energy (DOE) on the SUNDA (Solar Utility Network Deployment Acceleration) project. However, he stated that NRECA has resisted members’ installing solar generation on-site through the promotion of policies that discourage its members from doing so. Olsen believes that such opposition violates the third principle of cooperatives, “member economic participation.”

“When members invest in renewable energy,” said Olsen, “they are contributing to the cooperative generation and supply system and the cooperatives should welcome that investment and find ways to make it work.”

ELPC features three cooperatives on its Rural Solar Champions website, all of whom have been leaders in developing solar, and have also demonstrated various development options:

“The website is predicated upon the way that cooperatives learn from each other, as part of ‘cooperation among cooperatives.’ So we hope that when [solar champions] listen to their peers at other cooperatives who found ways to do what their members want – build more solar – that they will, also, adopt a ‘can-do’ attitude,” Olsen said. “We can work together to do what the overwhelming number of Americans and cooperative members want – to build more renewable energy and to keep power safe and affordable.”