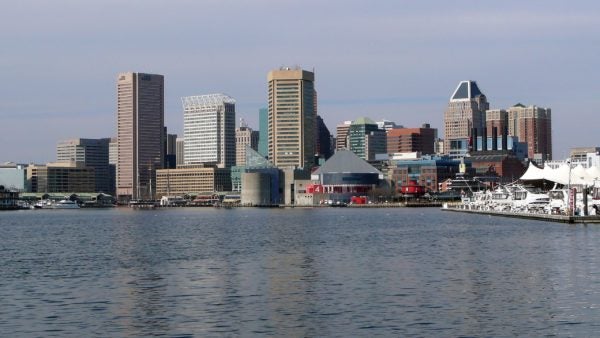 Check out the original article on the Baltimore Sun‘s site

Mark Parker has installed extra insulation in the attic of his Highlandtown house to conserve on utilities, planted vegetables in the backyard, swapped in low-flow shower heads, and even uses a special balloon in the tank of his toilet to ensure less water is used with every flush.

But taking his environmentalism to the next level — installing solar panels on his home’s roof — seemed too complicated and expensive.

That is, until civic activists contacted him, seeking to organize a cooperative of people interested in buying solar panels.

The solar co-op, being organized mainly among Southeast Baltimore residents, intends to leverage the buying power of a group to negotiate a more favorable price for the panels with a contractor. The process of going solar can be unfamiliar, so taking advantage of a co-op’s collective know-how can be a big draw.

“That’s the big appeal for us,” said Parker, a pastor at Breath of God Lutheran Church. “It’s exciting to get together with your neighbors. When we all go in together, it seems like we’re making more of a difference in making our environment more sustainable.”

The solar industry is booming in Maryland, and co-ops are growing more popular. Last year, a group of various green organizations and churches launched the Baltimore Interfaith Solar Co-op, drawing 90 residents across the metro area. That co-op was believed to be the first of its kind in the Baltimore area.

About 25 other co-ops have been launched in the past two years across Maryland, Virginia, Washington and West Virginia, according to Corey Ramsden, the Maryland program director for the Community Power Network, a network of groups promoting renewable energy.

They include co-ops in Bowie, Takoma Park and Hyattsville. The largest in Maryland was a co-op last year at the University of Maryland, College Park that drew about 150 people, about a third of whom signed up for solar panels with the selected contractor, he said.

The solar co-op that includes Parker was launched in December by Retrofit Baltimore, a project part of the nonprofit Civic Works that helps residents make their homes more energy efficient. Sign-up for the co-op lasts until April 22, or Earth Day.

Eli Allen, the director of Retrofit Baltimore, said the co-op has attracted about 65 members, and organizers have hosted information meetings in the Federal Hill, Patterson Park, Charles Village and Lauraville-Hamilton neighborhoods. Though the co-op is open to residents of the city and Baltimore, Anne Arundel and Howard counties, most of the interest has been among Southeast Baltimore residents, he said.

The group selected Solar Energy World as its contractor after getting three bids, Allen said. Members of the co-op can save about 25 percent, driving the cost of a 3-kilowatt system appropriate for a Baltimore rowhouse down to about $4,000 after various state and federal incentives. They will sign contracts with Solar Energy World individually and are under no obligation to sign.

Allen said the co-op organizers give homeowners a “step-by-step” explanation of the process. They even evaluated the roofs of potential co-op members. In some cases, they found some that would not work for solar panels because of the amount of shade or other factors.

“When we kind of lay all that out for homeowners and make it easy, so many more people go solar,” Allen said. “Sometimes you need that trusted third-party voice. We cut through what may be the hype about solar and get into what the real value of the service is.”

Avis Ransom, another member of the co-op, said she had been researching going solar before joining and thought it would be a “wise investment.” The co-op provided additional motivation because of the cost savings from buying as a group, she said.

Ransom, a resident of Northeast Baltimore, takes a holistic approach to energy savings, pointing out that using less energy at home has a multiplier effect because of the energy involved in transmitting power across great distances.

“Energy efficiency is in effect a source of energy,” she said. “We don’t even know all the time where our energy is coming from, nor what sources, coal, oil, etc., we may be pulling energy from.”

Ramsden said his organization is interested setting up more solar co-ops in the Baltimore area. “We’re not sure which neighborhoods yet, but we’re definitely interested in expanding solar in Baltimore,” he said.

Bill Gardiner, a Hyattsville resident, signed up for the co-op offered through the University of Maryland and the city of College Park last spring. He now has a 3-kilowatt system on his roof and electric bills as low as $2 a month. He said he paid about $11,000 up front before various government incentives.

While he still may have gone solar, Gardiner said the co-op made it easier.

“I probably would have ended up talking to some friends who have some solar systems and then tried to get some bids from different vendors, but I think it would have been a lot more work on my part, and I would have had a hard time knowing which would be the best way to go,” he said.

Last year, Maryland added 73 megawatts of solar capacity, bringing the total to 215 megawatts, or enough to power 25,000 homes, according to the Solar Energy Industries Association. Nationwide, Baltimore ranks 34th among cities for solar installation, according to a report last month by the Environment Maryland Research & Policy Center.

Last year, jobs in the solar field in Maryland grew by about 29 percent to 3,000 and are projected to grow to nearly 3,800 this year, industry research group The Solar Foundation said earlier this year.

Yet solar isn’t quite mainstream. The process of going solar isn’t complex, but it can be intimidating, said Rhone Resch, president and CEO of the Solar Energy Industries Association.

“The general public doesn’t have a lot of information about the electricity or the grid or some of the policy issues around solar,” Resch said. “It does require a little more research than just picking up the phone and calling the solar company.”

The timing is good for solar co-ops to take off, said Resch, who noted that the cost of solar panels has decreased by 80 percent in the past decade. Other options are available now, too, including leasing solar panels.

“Rather than hearing from a salesperson, you’re hearing from your neighbors or trusted community leaders,” he said of the co-op process. “So many homes in Baltimore have flat roofs and are just baking in the sun and are just perfect for installing solar.”