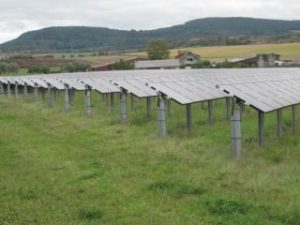 The Colorado Public Utilities Commission (PUC) recently rejected, then accepted, a deal to further develop community solar in the state. The agreement, between utility Xcel and three local community solar developers, was submitted for approval in February. This generated considerable attention, including several news stories. In March, the PUC rejected the settlement as being not “in the public interest.” Yet late last month, after a rehearing, the Commission decided that the agreement was in the public interest after all and approved the deal.

What made the PUC change its mind? It turns out that in the first hearing in March, the parties involved in the deal took an approach with the Commission that was almost guaranteed to fail. In the June hearing, however, they presented a much more effective argument that proved very compelling. This incident may serve as an instructive example for community solar providers in their dealings with public utility commissions.

To understand this process, some background information on is necessary. Colorado’s renewable portfolio standard requires the utility, Xcel, to obtain a certain percentage of its electricity from renewable sources. One way that Xcel can meet this standard is by purchasing Renewable Energy Credits (RECs) from solar developers. The price of these RECs is subject to a bidding process. Last September, Colorado made headlines when it was reported that Xcel was forcing community solar developers to bid negative prices for the RECs they were selling to the utility. In other words, Xcel was demanding that solar developers pay the utility to accept the RECs, rather than being paid for them. The developers claimed that this practice was illegal. However, they apparently went ahead and offered bids anyway, reluctant to be shut out of the deal. (Solar providers are not permitted to sell RECs from generated energy to parties other than the utility.)

The solar developers were willing to sell the RECs, rather than be paid for them because the rate Xcel paid for electricity from solar power to its high-energy-usage customers. Tim Braun, Clean Energy Collective’s Director of Public Affairs explained that a past ruling by the PUC specified that “bill credits [must] be determined on an individual customer basis for commercial or industrial electric customers.”

As the name implies, Xcel established a rate structure that charged different rates to different customers. On average though, this rate was a high 13 cents per kilowatt-hour. Braun says this system gave solar developers a strong incentive to target these same high rate-class commercial energy users.

This targeting came at the expense of potential small business and residential middle-income and low-income customers. Braun says because solar developers exclusively targeted those high rate-class users, “developers could bid lower REC payments and still make the projects pencil out [be profitable], low enough in some cases to be negative [REC bids].”

In February, however, Xcel reversed course and reached an entirely different deal with three community solar providers: Clean Energy Collective, Community Energy Inc., and SunShare. Xcel proposed to pay them for their RECs at a rate of three cents per kilowatt-hour (the lowest positive bid), for a total of 29.5 MW of community solar power. However, this change in the REC price was contingent upon eliminating the variable credit that the utility was paying its high rate-class commercial customers in favor of a fixed credit (called a “class average”) of 6.8 cents per kilowatt-hour for those customers. In that way, Xcel could afford to pay the three solar providers for their RECs (rather than being paid by them). In turn, it would pay the high rate-class customers less, so that there would be no costs to pass onto ratepayers.

With a positive price for their RECs, the three solar providers could now more profitably target middle-income and low-income customers. However, substituting the fixed credit for the variable credit required that the PUC waive its earlier ruling stating that billing credit rates for commercial customers had to be determined on an “individual customer basis”.

To persuade the Commission, Xcel and the solar providers argued changing the rate structure would relieve administrative hardship. They argued calculating the bill credit for each commercial customer (260 in all) based on each customer’s individual usage, rather than on a class average basis, created hardship and administrative inconvenience for Xcel. They claimed this would result in unnecessary delays in implementing the state’s community solar program. The PUC rejected this argument, saying that it was “unpersuaded by the alleged hardship” of processing bills for a mere 260 customers.

The PUC’s decision to reject the deal surprised many in the Colorado solar industry. Kate Laursen, SunShare’s Public Relations and Community Manager, believed that the PUC failed to understand that the change in the rate structure would be “cost neutral”. She said the February deal “would be cost neutral for all of Xcel’s ratepayers… community solar subscribers and nonsubscribers. In other words, Xcel Energy would not have to raise rates for all their customers to cover the cost of the proposed program changes.” She indicated in April that the PUC’s decision had a paralyzing effect on the development of community solar in Colorado. “We’re in limbo right now.”

Xcel and the three community solar providers secured a rehearing in July. This time, they argumed that Colorado’s original solar legislation was being subverted under the present system. That law had encouraged “broader participation” in solar electric generation by both residential and commercial energy users. However, the commission ruling that specified that credits had to be determined on an “individual customer basis” for commercial customers actually incentivized solar providers to target commercial customers at the expense of residential ones.

In addition to a change of legal strategy, Xcel and the solar developers were also aided by support of the Colorado Office of Consumer Council (OCC). The  consumer-advocacy group argued in favor of Xcel and the solar developers’ position that the present system hindered broader participation in community solar. It should be noted the OCC did not take any position on the actual settlement itself, only on the bill credit method.

In late June, the PUC reversed its decision and approved the settlement between Xcel and the CSPs as being “in the public interest.” At the time, PUC commissioner Joshua Epel expressed his frustration over the inadequacy of the parties’ initial March presentation. “It’s worth it once again to stress to parties that settlement has to be well supported with the facts necessary to allow the commission to have a sound basis to determine the settlement is indeed in the public interest.”

There are two lessons to be drawn from the Colorado PUC example. First, the parties’ presentation at the original hearing was unsuccessful because they highlighted their weakest argument while failing to provide sufficient evidence for the PUC to make an informed judgment Second, the parties were successful in the end because they made a stronger main argument at their rehearing – that the Commission was inadvertently subverting the intent of the original law – and presented sufficient evidence to back up their claim.