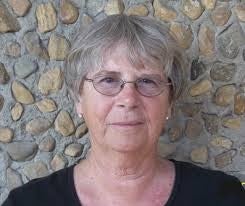 Much of the success of CPN’s solar co-ops can be credited to the hard work of our community partners. These partners help organize information sessions, promote the programs to local media, and work with CPN to make sure things run smoothly. This week we profile Joy Loving, our community partner for Solarize Harrisonburg. She, along with other members of the Climate Action Alliance of the Valley , is spearheading the effort to help the City of Harrisonburg Virginia and nearby Rockingham County go Solar.

Joy’s efforts have been an unqualified success. More than 200 people in Harrisonburg signed up to go solar before the Co-op’s October 31st deadline and according to Jeff Nicholson of Sigora Solar, the group’s selected installer, “Without Joy’s tireless effort promoting the Co-op, we wouldn’t have nearly as many people in Harrisonburg moving forward on a solar installation”.

What prompted you to get involved in Solarize Harrisonburg?

When my husband and I decided to “go solar” in summer 2012, I spent a lot of time researching my options, the market, the costs, my utility company’s policies and procedures, and the VA law and regulations. I quickly realized there are many complexities which are challenging to figure out on your own. Nonetheless, we plowed ahead, found an installer and became the proud owners of a ground-mounted 7KW solar PV system in fall 2012. After installing our system, I became more intrigued with helping others go solar and became aware of the Solarize Blacksburg program through my work with the Climate Action Alliance of the Valley (CAAV). My colleagues at CAAV were interested in starting a similar program in Harrisonburg by working with CPN.  They of knew of my great interest in “increasing our solar footprint” and asked if I would be willing to join the organizational efforts.

As a community partner what is your role with Solarize Harrisonburg?

My role is to facilitate communications and direct local interest into the Solarize program.  With much assistance from my CAAV colleagues, I organize informational meetings, answer questions about the program, handle media inquiries and keep participants updated about the program itself. In the beginning, we started by identifying venues and methods, and set about holding our first informational meeting to gauge local interest. The response to the meeting was so positive that we decided to move the effort forward. I’m currently preparing for our final sign up deadline. This involves tabling at events, and generally spreading the word about the program. I’m reaching out to faith communities, local political leaders and engaging traditional media outlets including newspapers, TV and radio–all to generate more interest in the program!

What do you enjoy most about your role with the group?

I have learned so much about my local community and the people who live here. Because I am generally introverted, I had expected to be uncomfortable with all of the interaction with people my role entails. Instead, I’ve found it a pleasure to get to know and work with such a diverse group of people. I also really enjoy the sense of teamwork and comradery from our partnership with CPN.

Any words of advice or wisdom for people wishing to start a solar co-op with CPN’s help?

CPN really helps with the technical aspects of the program. Yet it’s important that the community leader uses his/her relationships and presence within the community to reach as many people as possible. One person cannot do it alone, so the local leader needs to ask for help and be open to a variety of approaches.  Each community is different and presents its own challenges and opportunities. The Harrisonburg area is a geographically-large, diverse area which includes rural areas, a downtown with two major universities and many outlier areas. As such, outreach efforts have had to be as diverse as the community itself.  We have had challenges reaching traditional media outlets and have had to adapt our media outreach approach.

I have done a fair amount of volunteering since I retired in 2003. My activities have stretched me as a person and made my retirement very fulfilling. When my role with Solarize Harrisonburg ends later this month, I plan to relax for a while and then hope to assist with other Solarize efforts north and south of us in the Shenandoah Valley. I also want to work on an effort to bring solar to lower income people in our city and county.  I would like to use these efforts to change the legislative and regulatory environment in Virginia, which is currently not solar-friendly.