CPN’s founder and executive director Anya Schoolman was featured in the Washington City Paper’s second annual People issue. She talks about her work in DC and why Exelon’s takeover of Pepco would be a blow to energy democracy. Check out the full article. 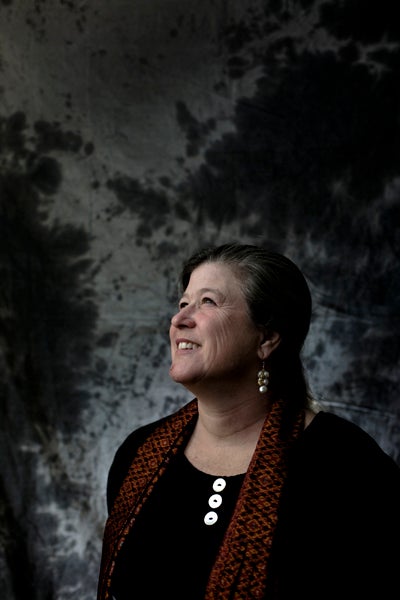 The view from Anya Schoolman’s solar-paneled Mount Pleasant rooftop reveals another dozen solar-paneled houses nearby. That’s thanks largely to Schoolman’s efforts, as are other solar clusters that have sprouted up around the city and the region. After founding the Mt. Pleasant Solar Coop in 2006, she launched coops in neighborhoods throughout D.C. and spread into Maryland, Virginia, and West Virginia. Households that join typically pay off their installation costs within five years and cut their electricity bills by up to two-thirds. Schoolman was recently honored at the White House for her work on her brainchildren, DC SUN and the nonprofit Community Power Network. Her team of five employees operates out of her home, the epicenter of D.C. solar efforts. —Aaron Wiener

How did the solar coops come about?

My son Walter was 12, and he and his best friend Diego had gone to see An Inconvenient Truth, and they came back and they were like, “We should go solar.” We tried. We looked into it, we called installers, and it was just overwhelming and confusing. And so I said to the kids, “Look, if we’re going to go to all the trouble to figure this out, we should get the whole neighborhood.” So they really started the Mount Pleasant Solar Coop. They created these flyers and went door to door saying, “Would you go solar if you could save money?” We had 50 houses sign up in two weeks. So we were like, “Now what are we going to do?”

You’ve had disagreements with Pepco over the years. How would you characterize your relationship?

Our relationship with Pepco has been [long pause] OK. Sometimes we’re in conflict with them—for example, we organized a shareholder resolution and had protests outside their headquarters. Other times we’re working really collaboratively with them.

Pepco is being taken over by the Chicago-based Exelon Corporation. For all your issues with Pepco, you’ve said Exelon would be much worse for D.C. solar. Why?

We forced Pepco to sell all of their generation capacity years ago. They have to buy energy anyway—they buy it from wholesale energy producers, you know, coal-fired power plants and stuff around here—so if we’re making it so they have less energy to buy, it’s not that big a deal.

They are a very large company with a history of opposing renewables actively. And they’re an out-of-state company, and we don’t think they have our interests as their mission.

Are you hoping to stop the merger?

We are interveners in the case, and we’re trying to stop the merger. We think it’s not in the public interest to support this merger.

Exelon, if this merger’s approved, will have so much market share in the grid that they’ll have the ability to demand higher prices for the energy they produce, and therefore it’s likely to result in higher rates for ratepayers. It’s not just about my narrow issues. It’s about, are we a captive audience for them to dump their expensive nuclear power?

What’s your goal for D.C. solar?

We want to be producing 30 percent of D.C.’s energy in D.C., on our rooftops, with local jobs. If the technology gets more efficient, it could be even more.

Where are we now?

That’s a pretty ambitious goal, then. Is it realistic?

It’s super ambitious. I think it’s realistic, but it won’t happen by magic. You’ve got to create the market, and you’ve got to have the institutional things in place.