Dozens of D.C. solar supporters met for a terrific evening of fun and conversation last week at DC SUN offices in Mt. Pleasant. The group celebrated another great year for solar growth in the District.

DC SUN President Anya Schoolman honored several members of the community for their tireless work to advance the cause of solar. DC SUN presented awards to Randy Speck and Cara Spencer of Kay Scholer LLP for the firm’s tireless legal aid in support of DC SUN’s fight against Exelon’s attempt to take over Pepco.

Rob Robinson and Sherrill Berger were honored with the Outstanding Leadership Award for their effort to persuade the community to oppose Exelon. They attended each of the District’s 40 ANCs meetings, many ANCs multiple times, to persuade Commissioners to publically oppose the take over.

The celebration also included a silent auction. Attendees bid on items ranging from artwork, to a picnic set, and a vase.

DC SUN would like to thank the following companies for their support: Addison Ripley Fine Art, Cava, Chipotle, Cake love, Mom’s Organic Market, and The Phoenix. 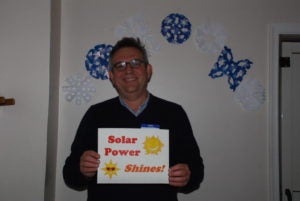 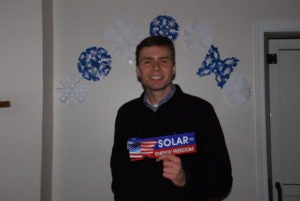 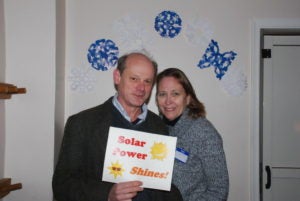 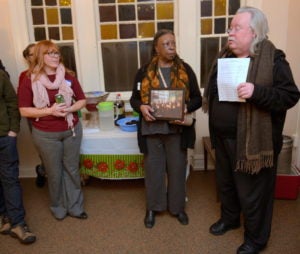 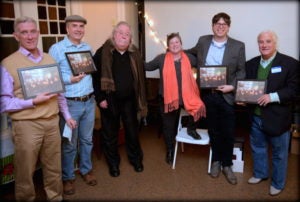 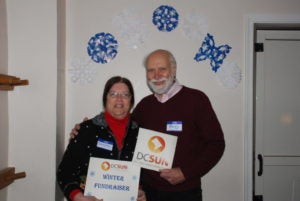 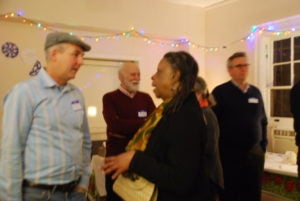 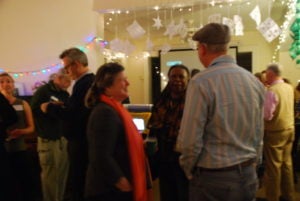 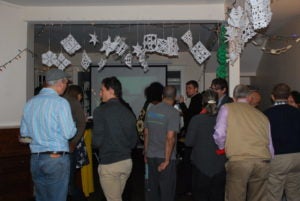 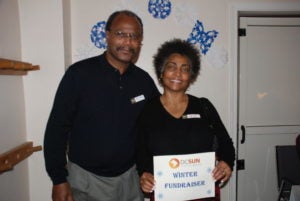