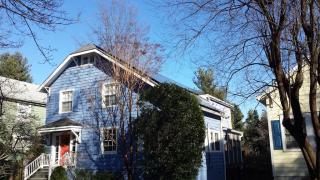 The end of 2016 saw Illinois pass a sweeping piece of legislation partially designed to ‘fix’ its lagging market for renewable energy. Illinois had a 25% by 2025 renewable portfolio standard (RPS). But, little renewable energy development was happening in the state.

The bill passed with the backing of the state’s major utility player, Exelon. The company’s support for the new law was predicated on its inclusion of provisions to support Exelon’s flagging nuclear power generation facilities in the sate. Leaving aside for now the debate over the wisdom of this compromise, it is worth examining how the new law seeks to enable more Illinois residents to benefit from solar.

The law maintains Illinois’ 25% by 2025 RPS. The law changes how the 25% is calculated. Previously, the state’s utilities were able to purchase renewable energy credits from outside the state to meet the RPS. In practice, this meant Illinois utilities purchasing low-cost wind from neighboring states. The modified RPS also includes a carve out for rooftop solar to incentivize its production in the state.

“(The incentive program) makes it easy for the customer to figure out costs,” said Amy Hart, SunRun’s Director of Public Policy. “The goal is that the dollar amount (of the incentive) needs to move the market. If not, we can go and move (the incentive).” Hart believes the incentive program will solve the problem of an unpredictable market where the price for solar RECs has not been high enough to encourage solar production.

The terms and conditions of the adjustable block program, including the prices for solar RECs, will be determined through a public process at the IPA. The process will include workshops and comment periods. These are expected to occur over the course of this year. The IPA will then file the incentive plan with the Illinois Commerce Commission (ICC) for review and approval. There will be opportunities for stakeholders to intervene in the ICC approval case as well.

The bill’s proponents are also excited about the opportunities for community solar in addition to improvements to the solar incentive market.

Illinois is a de-regulated electricity market. This means the transmission, distribution, and billing functions of the utility are distinct from generation. This creates an opening for community solar development from a variety of private actors. The community solar program is modeled off of Minnesota’s. The projects must offer subscriptions of at least 200 W, with one entity subscribing to no more than 40% of a single project. These subscriptions must be portable across a utility and transferable.

Despite these opportunities, there are potential red flags.

It is too early to say whether or not the potential of this new law meets reality. The IPA’s public process, and the resulting value it offers for solar, will go a long way to determine whether or not the ‘fix’ is a good deal for Illinois consumers and whether it really drives the market or not. If the Authority appropriately prices the value of the solar RECs through the incentive program, solar could grow in the Land of Lincoln. If not, solar will be stuck in the status quo and all Illinois ratepayers will have bailed out Exelon’s nuclear plants for little in return.