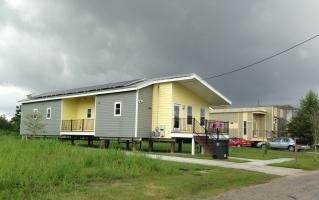 The debate over who controls electricity production and distribution is not an ivory tower discussion to be hashed out in air-conditioned public service commission meeting rooms. For many, it can be a matter of life and death. This stark conclusion comes from a new NAACP report that examines how utility disconnection practices harm the public. The report demonstrates why the traditional centralized utility generation model needs to change.

Lights Out in the Cold: Reforming Utility Shut-Off Policies as If Human Rights Matter describes the impact utility cutoffs have on low-income communities. One of the stories it tells concerns a Maryland man who had had his electricity disconnected. He decided to use a generator to power his home. The generator released carbon monoxide, killing him and all seven of his children.

“The measure of our great nation is not unreasoned and unrestrained profitability but rather reasoned solutions and unrestrained compassion for vulnerable populations,” said Cornell William Brooks, NAACP President and CEO. “This report is inspired by such compassion and offers such solutions.”

The rules that govern utilities’ ability to disconnect people vary by state. Unfortunately, these rules often leave low-income populations vulnerable to disconnections at times when losing electric service can be deadly, or when it will be difficult for people to be quickly reconnected.

Every state requires a written, phone, or personally-delivered notice prior to a disconnection, but policies vary widely on the times of day at which disconnection can occur, or on whether it can occur prior to a legal holiday or during extreme weather events. Nine states do not provide any state-regulated seasonal protections for utility customers. This means people can lose their electricity during deadly cold snaps or heat waves. Eight states do not have regulations establishing standard protections for socially vulnerable groups, such as the handicapped or elderly. These groups are particularly vulnerable as they are more likely to rely on medical devices and life-support systems. Utility disconnection policies can put them at severe risk.

The NAACP calls for policy reforms to assert that “access to energy and utility services is a human right”. This means there should be a right to uninterrupted energy service that is incorporated into a utility’s business model. The report’s authors cite the example of North Carolina’s Roanoke Electric Cooperative, which is seeking to create such a model.

The utility cooperative is located in an area beset by chronic poverty. It instituted the Upgrade to $ave program as a way to reduce the burden utility bills placed on its members. This effort has invested in energy efficiency upgrades for more than 300 homes. It is saving participating customers about $50 per month. Customers pay for the upgrades through a monthly program service charge that is capped at 75% of the estimated savings. This means Upgrade to $ave participants save from the start. Upgrade to $ave is based upon a Pay As You Save® (PAYS®) model. The report argues that financing models like this “have the express potential to reduce and eliminate utility disconnections and provide critical services to vulnerable populations”. A similar approach using roof-top or community solar could provide additional savings and protections.

PAYS substitutes a voluntary on-bill tariff for debt financing. When a property receives an energy audit and the utility customer at that property chooses an upgrade, the utility hires a contractor to carry it out. A tariff is then added by the utility to the customer’s monthly bill to recover the expense, but this extra charge is offset by energy savings due to the efficiency upgrade. The report notes that no utility offering financing based on this program has reported a single disconnection for non-payment among participants. (A more detailed explanation of PAYS can be found here.)

Democratizing energy by enabling programs like PAYS, or empowering people to own their own generation through efforts like community solar, is a difficult challenge. Entrenched interests have shown they have the resources to combat needed reform. The NAACP’s new report should galvanize solar activists because this is a fight that needs to be won.