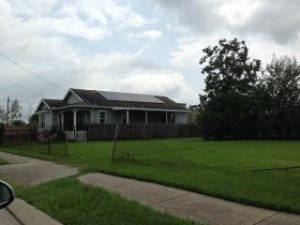 Last week, the New Economy Coalition hosted New Economy Week to discuss the challenges faced by our changing economy and how to best engage with them. One of those challenges revolves around energy. New Economy Week hosted a conversation on the concept of Energy Democracy, as part of the week’s events.
Janet Redman, Director of the Climate Policy Program at the Institute of Policy Studies moderated the discussion. She was joined by three speakers: Denise Fairchild from the Emerald Cities Collaborative, Meghan Zaldivar of People United for Sustainable Housing (PUSH) Buffalo, and Miya Yoshitani from the Asian Pacific Environmental Network (APEN). The discussion aimed at defining what energy democracy means and explain its importance in current affairs.

According to Denise, the framework of energy democracy has four elements. It is first and foremost a set of values rooted in social and climate justice addressing issues ranging from income inequality to unfair allocation of resources. It is also an alternative economic model based on job quality, shared wealth, income parity, tax fairness, and much more to re-consider the economic concepts of the past century. Finally, it is a new legal and governing structure entrenched in the emerging technologies.

Meghan and Miya took a more grassroots understanding of energy democracy. They lead community organizations in Buffalo, New York and Richmond, California respectively. They see energy democracy as being about people gaining back control over their energy. It is not just about prices but also having a real local solution that is owned and guided by the people. PUSH Buffalo did not stumble upon energy democracy right away Meghan said, but rather worked its way towards it. She outlined a few campaigns she participated in for the Buffalo community that led PUSH to energy democracy. She describes energy democracy as being inherently about communities and their rights. In her experience, the framework needs people to participate in the democratic process to voice their needs and concerns in order to get things done whether it be job creation or the accountability of utility corporations.

Energy democracy matters because it touches all of us. It is about people voicing their beliefs and wishes to make a better world for future generations. While there is a consensus on the fate that some generation company should have, Denise, Meghan, Miya, and Jane all agree everyone in the energy industry should be included in the conversion towards renewables. It is not about condemning industries all together but about favoring a decentralize approach to energy that favors community-chosen solutions.

You can watch a recording of the webinar here.