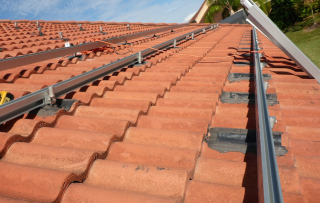 Utilities across the country have become more aggressive in their attempts to slow the growth of distributed solar power in their service areas, or even eliminate it altogether. This has sparked a spontaneous counter-movement of solar advocates who are evolving tactics for fighting back. The latest example comes from Utah, where Rocky Mountain Power (RMP) proposed an outrageously high demand charge on solar customers last year. RMP’s plan inspired a “passionate public backlash”.

RMP’s proposal involves a three-part rate for residential net-metered customers. The three parts are: a fixed $15 customer charge, a $9.02 charge per kilowatt for peak period demand and a 3.81¢ per kilowatt-hour charge, for amount of energy actually used. RMP is justifying this plan by claiming that each solar customer underpays the utility about $400 annually, causing cost shifting to non-solar customers.

Ryan Evans, President of the Utah Solar Energy Association, says that RMP’s proposal, if it passes, would establish “a two-tiered system for solar and non-solar customers” and would, in effect, “create a separate class of customer”.

In 2014, the Utah Public Service Commission (PSC) rejected a similar proposal because the commission claimed RMP had not provided convincing data to support it. This time around, the utility’s critics are making essentially the same point, accusing RMP of disregarding major research. This includes a 2016 report by Environment America showing 16 states that had performed value-of-solar studies concluded that solar arrays are, on balance, a benefit rather than a burden to the grid. In other words, solar power’s champions have grown increasingly accustomed to attacks by utilities and are pushing back with facts.

“There’s a growing awareness [by the public] that there are changes being proposed to net metering,” said Kate Bowman, Solar Project Coordinator at Utah Clean Energy. “Not only are more people adopting solar, but more people see solar on their neighbor’s rooftops than before. People are paying attention in general to what’s going on.”

One sign of this public attention is that RMP had to temporarily withdraw its proposal after public outcry over the proposal’s cut off date for when RMP customers could be grandfathered into its old rate system. In its original proposal, RMP designated December 9, 2016, as its interconnection cutoff date. This meant that for any solar owner who connected after that date, the new rates and charges would apply as soon as the PSC approved them. This would be the case even though the rates themselves would not be approved until well after the December 9 deadline. RMP was forced to abandon this stance, and the PSC temporarily suspended the entire proposal at RMP’s own request, to give the utility time to “seek mutually acceptable solutions” with stakeholders.

“Our concern at the time was that the proposed deadline was confusing to people,” said Bowman. “It was creating confusion in the market by making people rush unnecessarily to complete interconnection by the end of the year to beat the deadline. In other words, it created an unnecessary spike in the market.”

Solar advocates in Utah appear to be winning the PR battle with the general public. In December, the Utah Solar Energy Association issued a report revealing that a survey of Utahns found that 76 percent of respondents oppose an increase in electricity rates for solar customers. It found the same percentage believe that those customers are being unfairly discriminated against by RMP. Remarkably, about 94 percent of the survey’s respondents were from non-solar households – the very customers that RMP claims to be defending from “unfair” cost-shifting.

“There is pretty overwhelming support for clean energy among the public in Utah,” said Bowman. “We are concerned about how the financial structure can be made fair for both solar and non-solar customers. Also, Utah must increase access to solar among low-income households. RMP’s proposal is the most expensive for solar customers that we’ve seen anywhere in the country. We hope we can work together to find a better solution, because if this proposal passes as is, it would have a very negative effect on the solar industry in Utah.”

Solar advocates have been in settlement discussions since January of this year, led by Governor Herbert. “If the settlement discussions do not prove fruitful, there would be a strong uptick [from solar supporters] for a positive outcome from the commission,” Evans said. Assuming a settlement isn’t reached, PSC hearings will commence in August.

Solar’s widespread public support has been a key driver of forcing RMP into settlement discussions Evans said. He believes this provides a roadmap for solar advocates elsewhere. “Keep sounding that positive drumbeat about solar.”