As the United States begins to pursue offshore wind development in earnest, local communities are working to ensure that they have a fair stake in projects that are developed off their shores. Specifically, citizens in Massachusetts are asking the Department of the Interior to give priority to offshore wind projects that are community-owned or provide benefits to local communities. 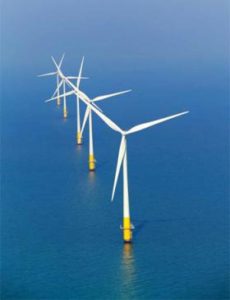 Local organizations have begun working to ensure that the regulatory framework developed by DOI to govern these auctions will be fair to all types of offshore wind producers. They are advocating that DOI give priority to project developers whose projects would provide specific community benefits. Specifically, they are asking that the Bureau of Ocean Energy Management (BOEM) (a division of DOI) use a lease auction that would give a discount to those developers who hold a community benefits portion in their proposal.In 2011, the Department of Energy (DOE) published a National Offshore Wind Strategy. They set target electricity generation capacity of 54 gigawatts (GW) by 2030, at a cost of $.07/kWh. To achieve this scenario the Department of Interior (DOI) developed a regulatory framework to facilitate siting, leasing and construction of new offshore wind projects. They labeled this the “Smart from the Start” initiative.

The DOI has begun to identify Wind Energy Areas (WEA), for potential offshore wind development off the coast of nearly every Atlantic state. The Massachusetts WEA is over 1200 square miles and sits about 12 miles due south of the island of Martha’s Vineyard.

Within the next year the Bureau of Ocean Energy Management (BOEM), a branch of the DOI responsible for managing this area, will hold an auction to lease the Massachusetts Wind Energy Areas. The rules governing how this auction will operate, as well as the regulatory framework for how these sites will be used, will be determined by DOI as part of their “Smart from the Start” initiative.

The effort to influence DOI’s offshore wind regulations is being spearheaded by Vineyard Power Cooperative (VPC), a community owned non-profit, 501-c-12, energy cooperative based on the Island of Martha’s Vineyard. VPC. Formed in 2009, Vineyard Power has begun developing a number of renewable energy projects. Having already completed 260 kW of solar projects, including a 50 kW project located on top of a capped landfill, Vineyard is now turning to develop a 40 MW wind farm in the Massachusetts WEA. Their project would provide direct community benefits in the form of local jobs and community ownership in the project, but would have difficulty competing with larger, for-profit developers that also seek to develop projects in the Massachusetts WEA.

By providing a preference for projects that provide community benefits, the DOI can level the playing field between for-profit and nonprofit wind developers. The policy would also create a new framework for developing community-based renewable energy projects, giving local communities a leg up when competing with larger companies for projects, or encouraging developers to include local communities, low income benefits, or other innovations in their project development process.

In order to create these policies, however, Vineyard has been spearheading an effort to have citizens contact the DOI and express their support for including community benefits in the auction process. Governor, Deval Patrick and local representatives Senator Dan Wolf and Representative Timothy Madden have lent their support by writing letters to the DOI and BOEM in favor of community benefits to be included in the auction process.

Check out the petition and sign and show your support! Please also share this petition with your networks! 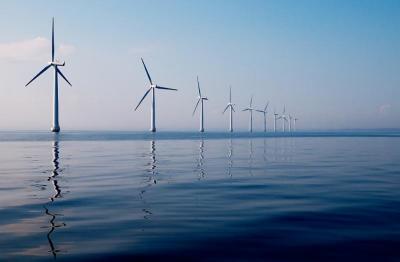