Large solar arrays can have a high up-front cost, and this barrier can be especially high for non-profit entities. Since schools, churches and other non-profits don’t pay taxes, they can’t take advantage of tax incentives that would help reduce the cost of their solar system. However, a third-party owner that is not a non-profit can take advantage of those cost-reducing incentives. Together, the two parties can purchase a solar array through a contract that’s known as a power purchase agreement (PPA). This tool allows non-profit entities to go solar, often with no money down, and save on power costs from day one.

There are a variety of PPA structures, but typically, a tax-paying third-party developer installs, owns, and operates a solar system on the non-profit customer’s property. The customer then purchases the system’s electric output at a fixed rate—generally lower than that of the local electric utility—for a predetermined time period.

Here, we take a look at two Virginia non-profits, an Arlington church and a Norfolk school, that went solar using a PPA. 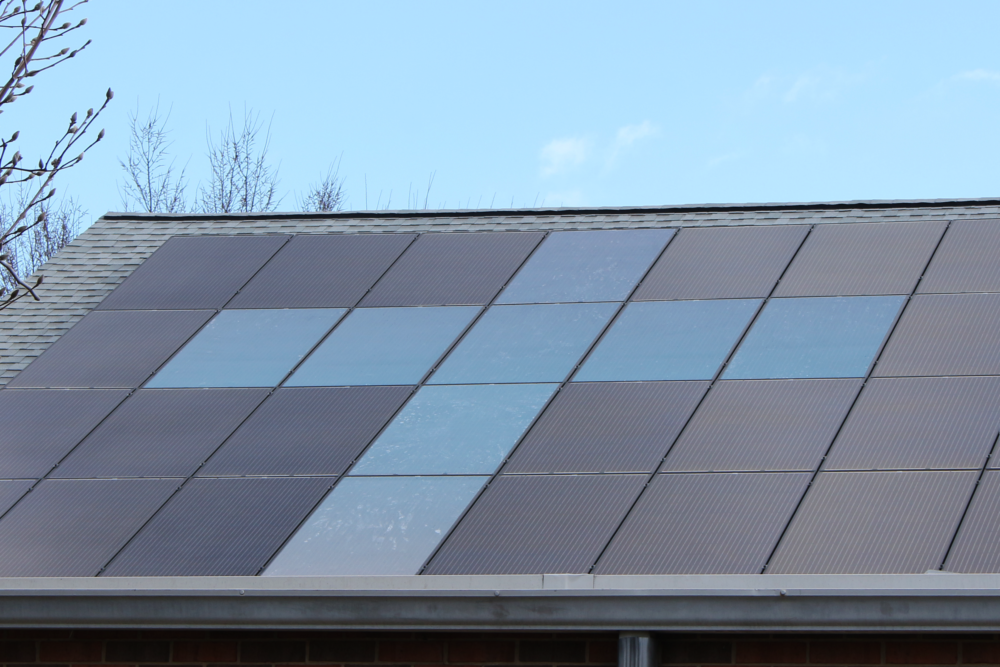 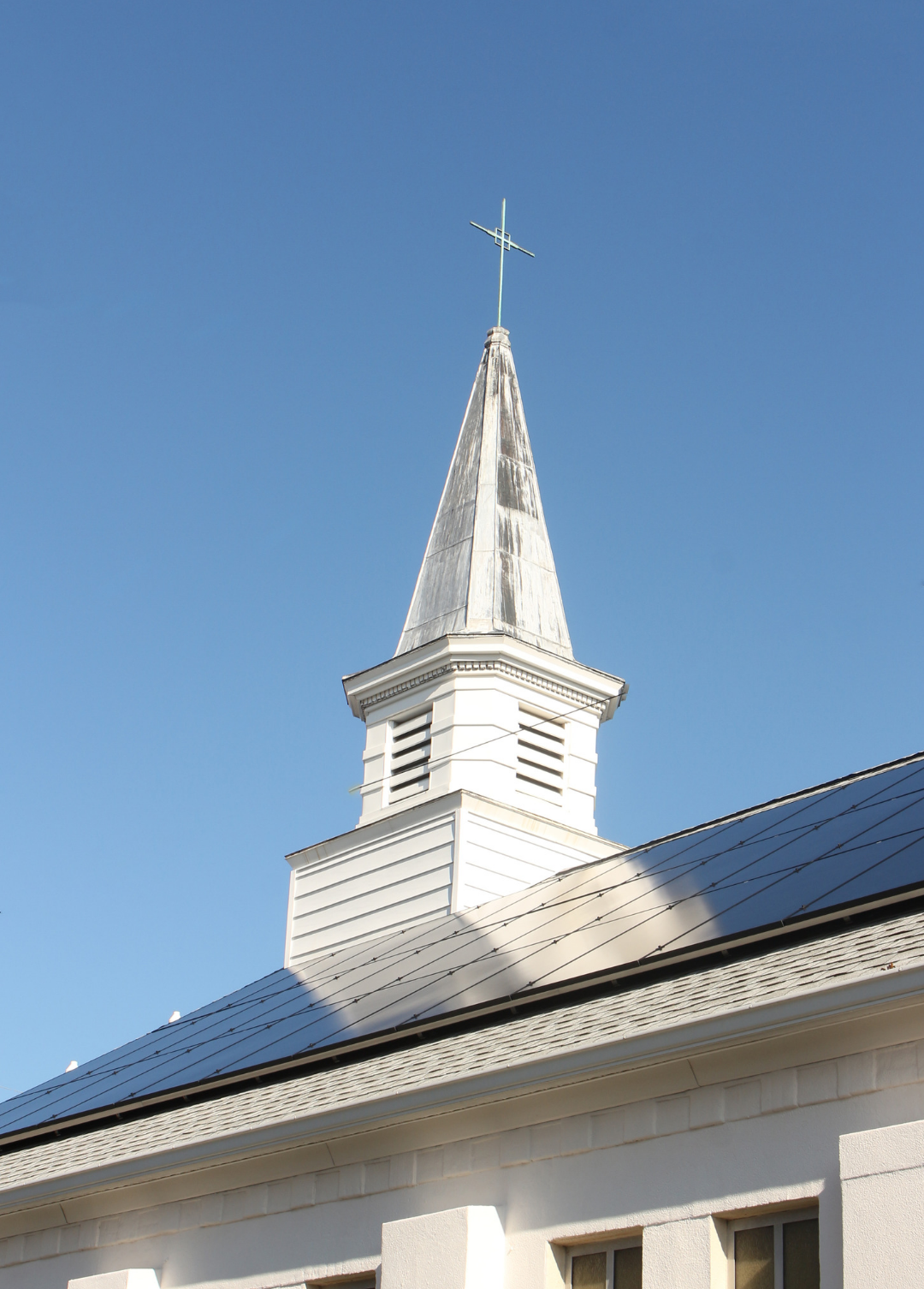 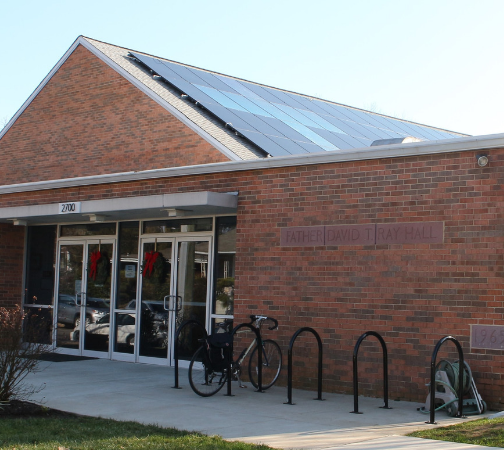 After Pope Francis’s encyclical on climate change, the parishioners at Our Lady Queen of Peace decided to put words into action by going solar on the church facility. Through a PPA, solar panels have been installed on the church building itself, the rectory, and the parish hall, and will generate about 42% of the energy used by these buildings.

They are now all covered in 154 panels that comprise a 95kW solar system.

“Our installer, IPSUN, was very helpful in explaining how the PPA and system worked, answering all our questions and making us feel comfortable with the process”, said Luc DeWulf, a spokesman for the church. “Following the installation of solar panels on our roofs that will meet a large portion of our energy needs, we shall have taken all the necessary steps to rely on nearly 100% of our electricity consumption on power generated by renewable resources.”

Over its 25-year lifetime, the system will reduce greenhouse gas emissions equal to taking 195 cars off the road or planting over 31,000 trees. Live monitoring of the system’s production can be found here and here.

The full up-front cost of the project was financed by a generous parishioner who created a dedicated LLC for the project. Unlike the church, the investor will be able to benefit from the 30% federal tax credit and deduct depreciation allowance from its income, making the project more economical for both parties. 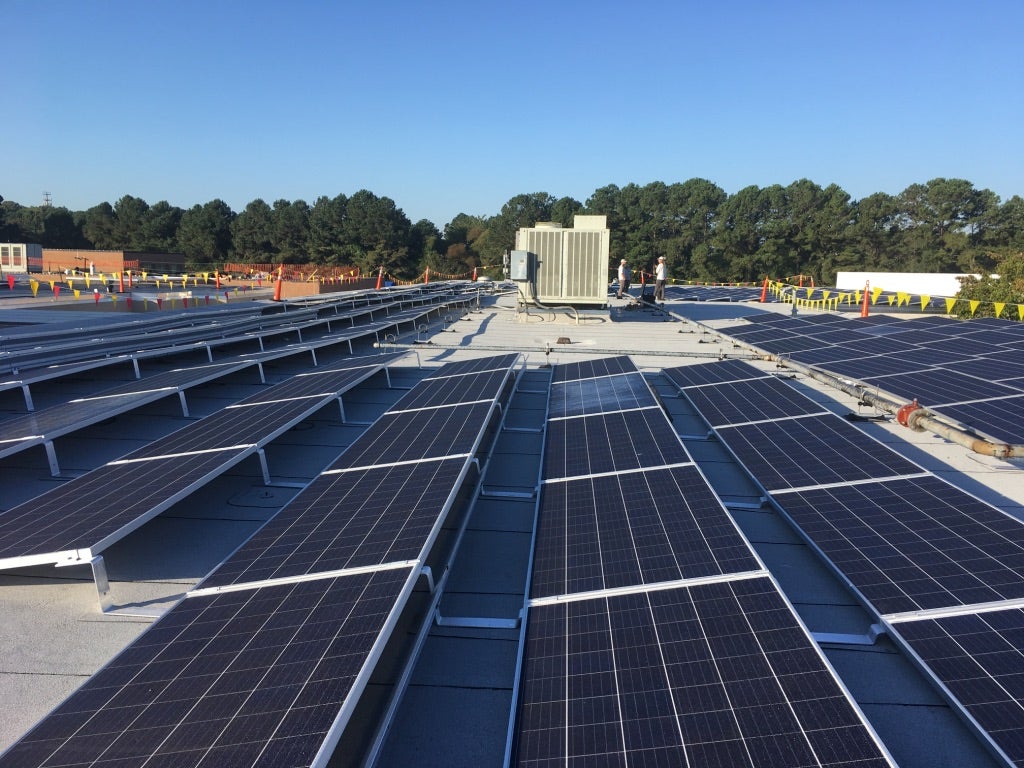 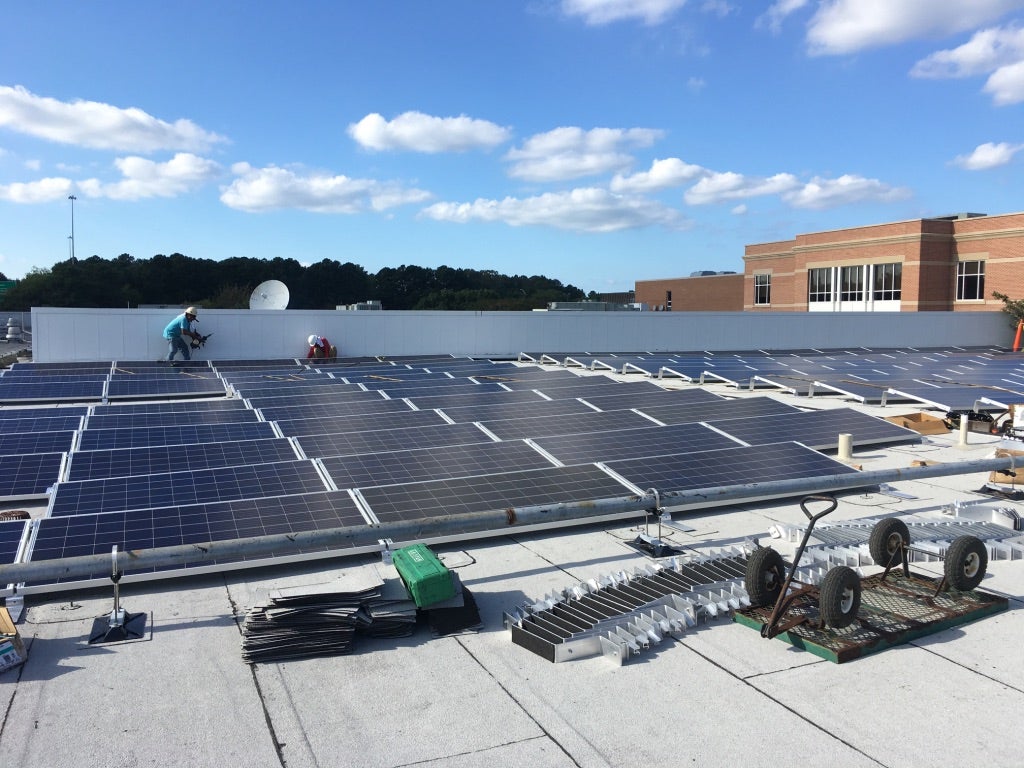 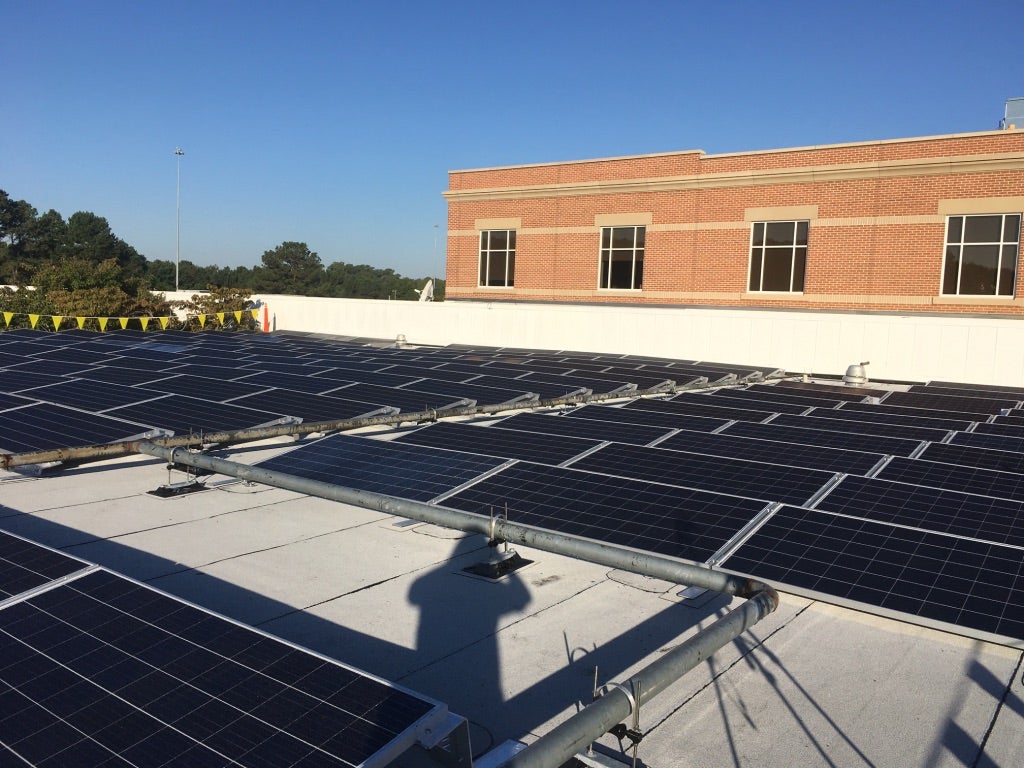 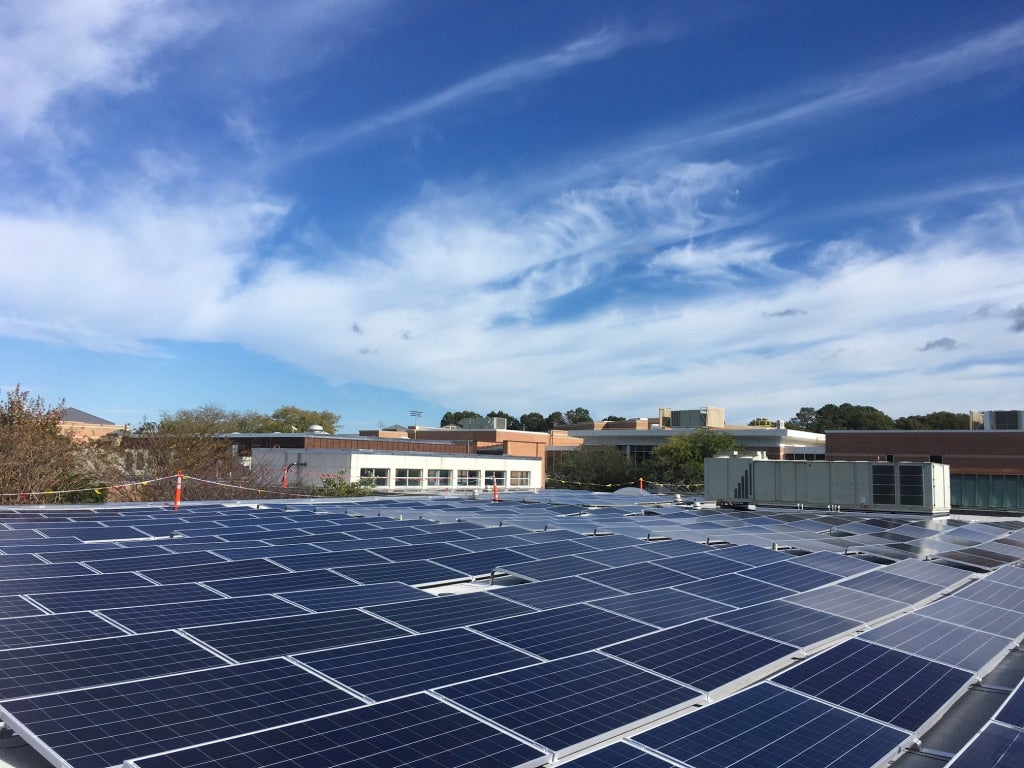 Parents step up to set a positive example

When a group of parents at Norfolk Academy set out to install a solar array at their children’s school, they had three goals in mind. First, decrease the school’s carbon footprint; second, set an example of sustainable, green energy production for Hampton Roads; and third, enable their kids to learn first-hand about renewable energy. From the start, however, they realized that Virginia’s laws and utility structures can make it challenging for schools to take advantage of solar.

The parents then got creative and saw that their goal was feasible by entering into a PPA with the school. The parents familiarized themselves with the laws and set up an LLC to purchase a system for Norfolk Academy at no cost to the school. With tax breaks, the parents will recover their investment within seven years and the system will provide power to the school for decades. The 2,000-panel, 650kW system is the biggest solar array on a school in Hampton Roads and one of the largest rooftop systems in the state.

After the parents recoup their investment, their LLC will then give the solar array to the school. Meanwhile, touch-screen kiosks inside the school provide real-time information about the school’s energy production to educate students about the benefits of solar energy. One of the parents involved, Ruth McElroy Amundsen, said, “It has been really incredible to watch the installation of this concretely benefit to the school, and watch the students learning about renewable energy every day as they see it operate. Hampton Roads’ susceptibility to sea level rise makes taking actions like this to mitigate climate change even more critical.”

How you can help expand PPAs in Virginia

Expanding PPAs in Virginia will help more schools, churches and other non-profits produce clean energy and save on utility costs. Virginia’s rural electric cooperatives recently expanded access to PPAs to more customers in their territory. However, access to PPAs in territory covered by Virginia’s investor-owned utilities remains limited to a small pilot project for non-profits in Dominion territory and to an even smaller, more limited program for private colleges in Appalachian Power territory.

Unfortunately, both Dominion and Appalachian Power are lobbying against expanding PPA access to more of their customers, blocking schools, churches, and other non-profits from accessing solar energy.

Join us in fighting back against monopoly utilities so that all Virginians have the right to clean, cost-effective solar energy!