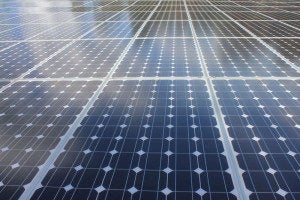 The Office of Staff Counsel for the Maryland Public Service Commission filed draft regulations covering the new community solar pilot on November 10th, 2015. Comments on the draft legislation are due by Friday, December 4th, 2015. If you want to file comments, here are some instructions from the notice of rule making on the subject:

“Comments on the proposed regulations shall be filed by Friday, December 4, 2015. All filings should be addressed to David J. Collins, Executive Secretary, Maryland Public Service Commission, William Donald Schaefer Tower, 6 St. Paul Street, 16th Floor, Baltimore, Maryland 21202. Each filing should consist of an original and seventeen (17) two-sided paper copies, and include an electronic version of the filing. The applicable Administrative Docket number must appear in the subject line of the cover letter. Five paper copies of the filing shall be three-hole punched. The Commission encourages the parties to use its “eFile” system to submit the electronic version of the filing. Details of the “eFile” system can be found on the Commission’s website, www.psc.state.md.us.”

The rule making notice goes on to state the following regarding public hearings on December 14th, 2015 and possibly the 15th:

“The Commission also gives notice that it will conduct a rule making session on Monday, December 14, 2015 and Tuesday, December 15, 2015 (if needed) beginning at 10:00 a.m. in the Commission’s 16th Floor Hearing Room, William Donald Schaefer Tower, 6 St. Paul Street, Baltimore, Maryland 21202. The purpose of the rule making session is to consider whether to publish the proposed revisions to COMAR 20.62 as drafted by Staff or revised based on comments received.”