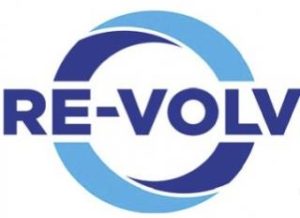 Continuing our NEW series of profiles on CPN members, I spoke with Andreas Karelas of RE-volv about the nonprofit’s new solar revolving loan fund. We discussed RE-volv’s model, how it magnifies the impact of donations, and what Andreas has learned in the process of establishing RE-volv.

Andreas Karelas, founder of San Francisco-based RE-volv, is a big fan of solar. He’s also not the only one: there are lots of people that support solar and wish they could do something to directly help grow the amount of renewable energy use in the U.S. Andreas, though, is one person who is turning that wish into a reality.

In an effort to give people a way to take direct action to put solar on roofs, Andreas has created RE-volv, a donations-based revolving fund model that is self-perpetuated through solar lease revenue. His goal is to explore a donation-based revolving fund as a basis for developing solar projects in the nonprofit and community organization sector.

RE-volv allows individuals to donate to a revolving fund that finances solar energy systems for community-based organizations. Once RE-volv has accumulated enough donations, they install a solar system on a local community organization, such as a non-profit, school, university, or hospital. The organization then leases the solar equipment from RE-volv for 20 years via a fixed monthly lease payment. RE-volv is currently offering communities a 10 to 15% savings on their electricity bills in the first year. This savings increases over the course of the 20-year lease to as much as 23%.

This approach is a win-win for both donors and solar host sites, since the organizations are able to offset their electricity bills and RE-volv can continually reinvest the lease payments into additional solar installations. RE-volv also provides added value by:

Andreas also seeks to rally community members around a community-based solar project by emphasizing the project’s role as part of a larger renewable energy movement. By building broader public support for the project he hopes, too, to spread the word that solar can be financed affordably through the lease model.

The process of getting RE-volv up and running has been both challenging and rewarding. Andreas originally envisioned the approach to be a lending model, similar to Kiva.org, but where lenders earned a return on their investment. Unfortunately, these types of investments are heavily regulated and restricted by the SEC. Andreas therefore turned to the donation model, which allows RE-volv to raise the necessary capital for a project without the need to pay back investors or purchase capital for financing.

Andreas also realized that there are already a number of organizations that offer solar financing in the form of a lease, PPA, or loan. Rather than trying to compete for existing market shares, Andreas learned that his organization is better equipped to focus on a section of the market not currently being served by existing solar companies: community-based organizations. These community-based groups are often overlooked because many traditional solar developers work primarily in the residential or large commercial space. They often do not have financing available for small- or medium-sized projects, or are not interested in these types of projects because of their smaller profit margins. But, because RE-volv is based on a donations model and does not need to purchase capital for project financing, it is able to put together projects on these smaller margins.

Since RE-volv is a non-profit organization and it is not taking federal tax credit in order to finance the solar systems, RE-volv is able to structure the lease agreement such that, at the end of the term, the lessee will own the system outright. In most solar lease arrangements the lessee is required to purchase the system at fair market value at the end of the lease term, otherwise the lease is viewed by the IRS as a disguised sale and the solar installer is no longer eligible to take tax credits for the system (since the credits are required to go to the owner of the system).

RE-volv has also found that it is difficult to convince groups to commit to a 20-year agreement. While Andreas works to communicate that a 20-year lease agreement is common industry practice, community groups are often hesitant to commit to such a timeline. Andreas therefore often focuses on RE-volv’s role as the system owner and the entity responsible for maintaining the system throughout the 20-year agreement. By emphasizing that the lease structure allows the organization to take a hands-off approach to going solar, Andreas hopes to convince some groups that might otherwise shy away from a solar commitment.

Currently, RE-volv is in the process of launching its first project and is in discussion with a number of community organizations in the San Francisco Bay area, including schools, churches, and other non-profits. Andreas is hopeful they can sign their pilot project in the very near future. The group is also in talks with a solar installer looking to finance projects in the Tahoe area and are considering investigating in potential projects in Santa Cruz. Andreas hopes to eventually grow RE-volv’s Solar Seed Fund enough that RE-volv can scale-up to become a national organization.