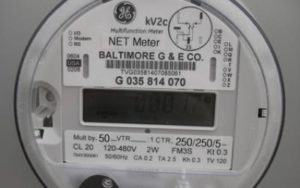 Last week, the West Virginia Public Service Commission set a course for a fight between Ohio-based FirstEnergy and West Virginia utility customers. The Commission denied a motion that would require FirstEnergy’s West Virginia subsidiary utilities, Mon Power and Potomac Edison, to solicit new generation capacity through an open request for proposals (RPF) process. The Commission ruled that this motion was premature. It is now likely the utilities will seek to purchase the Pleasants Power Station from another FirstEnergy subsidiary. As we’ve discussed, this purchase is a bad deal for Mon Power and Potomac Edison customers.

This commitment is triggered when Mon Power faced a capacity shortfall. The Harrison order also established the method for determining when a capacity shortfall exists. This method is consistent with the methodology used by PJM, an organization that manages the transmission grid in West Virginia and in much of the eastern part of the country.

At the end of last year, Mon Power and Potomac Edison filed an Integrated Resource Plan (IRP) indicating the companies faced a shortfall and therefore planned to add generation capacity. One of the many flaws in this IRP was how the companies came to this shortfall conclusion. The companies departed from the standard PJM methodology. Instead, they used a different method that inflated their capacity needs. Thus, even though the companies do not face a capacity shortfall under PJM’s metrics, they essentially concocted a shortfall by using their own standard.

Concerned that Mon Power might once again buy a power plant without a competitive bid process, the PSC staff and Consumer Advocate urged Commissioners to require Mon Power meet the terms of its 2013 Harrison settlement. They moved to require Mon Power to issue an RFP for additional capacity. The Commission denied their motion, ruling that it was premature because the conditions of the Harrison settlement had not yet been met.

The Commission’s order raises the concern that Mon Power will try to buy another plant from its affiliate company. This is despite the fact that Mon Power does not face a capacity shortfall under the standard PJM methodology. Mon Power is trying to use its own standard to game the process and soak its customers.

The next likely step is that Mon Power will file a formal request to purchase the Pleasants Power Station. You can read a copy of the Commission’s ruling here.