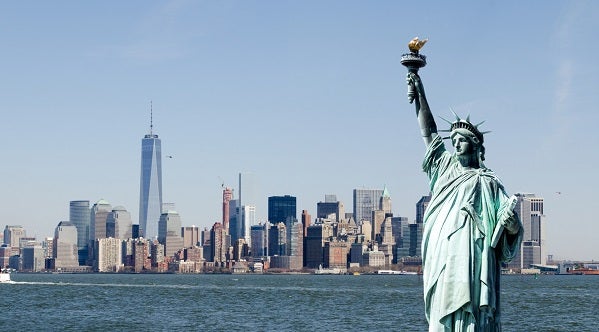 This is how Micah Kotch of the New York State Energy Research Development Authority (NYSERDA) described the NY Prize last year to Greentech Media. The NY Prize is a competition that awards prizes for innovation in microgrid technology. Microgrids are a localized power source, or sources, that normally connect to a traditional centralized electrical grid. These sources can, if necessary, disconnect from the grid and function autonomously. The NY Prize is a part of New York State’s Reforming the Energy Vision (REV), the state’s comprehensive energy plan.

The competition is in the second stage of a three-stage process. In stage one, entrants submitted feasibility studies. NYSERDA awarded $100,000 in funding to 83 community microgrid projects. The second stage is the design phase. NYSERDA is in the process of selecting eight communities to win $1 million each. Participants in this round did not have to participate in stage one to enter round two. These awards are to be applied toward microgrid engineering, design and business plans. NYSERDA expects to start the third stage early in 2018. It plans to select a handful of projects to receive $5 million a piece for their project’s final build out.

The awarded prize money is not intended to fully subsidize any single microgrid project. The article in Greentech Media surmises that the $100,000 prize granted to the winners of the stage one phase of the competition would not even be sufficient to fund the projects’ engineering studies. Winners of the stage two prizes will need to offer at least a 15 percent cost-share agreement with the state. NYSERDA has announced that it will favor stage three competitors that offer a higher private capital cost-sharing amount.

A main purpose of the NY Prize has been to create a world-class database about microgrids. Mr. Kotch had predicted that New York, by early 2016, “is going to arguably have more and better data on community microgrids than anywhere else in the world.”

Elisa Wood, owner and chief editor of MicrogridKnowledge.com, affirms Kotch’s view. “The NY Prize has created what is believed to be the largest public database about microgrids in the world,” Wood said. “The New York State Energy and Research Development Authority has done a great service in making the stage one applications publicly available on its website. It’s typically not easy to find this level of detail – especially about cost and pricing – when a new energy market is forming.”

“By covering the lion’s share of project planning and design costs through stages one and two, NY Prize is enabling many communities to share in the important process of exploration and discovery of a community microgrid.” said John Saintcross, the current Acting Director of NY Prize. “Through the creation of a comprehensive database, the state is extending this knowledge to others within and beyond New York to assist these projects in finding the funding and resources needed to be completed.”

Another stated purpose of NY Prize is to help spark the interest of private markets in financing microgrids. Saintcross, calling the competition “a vehicle for discovery,” notes that “the first stage of NY Prize saw unprecedented interest; over 140 applications.”

“The NY Prize galvanized interest in microgrids – not just in New York but beyond,” Wood said. “National and international technology and infrastructure companies have flocked to the state to participate in NY Prize. They see NY Prize as an opportunity to test out their strategies, demonstrate technologies and explore financing models. The microgrid industry is watching what’s happening in New York, not only because of the NY Prize, but also because of Reforming the Energy Vision and the dramatic way it decentralizes the electric grid.”

The evolving role of microgrid provides an opportunity to benefit low-income communities.

“I think it speaks to the evolution of microgrids,” Wood said. “Concern about electric reliability launched the microgrid industry, but now microgrids are increasingly viewed as an economic play. The microgrid controller – the software or ‘brain’ of the system – creates an opportunity to configure energy supply and demand in a highly efficient way that’s mindful of energy prices, weather, demand and other factors. And it does all of this locally, so those within the microgrid’s footprint receive the price benefits.”

“The potential to maintain power service at the neighborhood level when the larger grid is experiencing disruption has the potential to support the health and safety of LMI [low-to-middle-income] communities, who often have limited mobility and means to relocate temporarily during wide-scale outages.” Saintcross said. “Communities participating in stage one of NY Prize, such as Red Hook and Brownsville-Van Dyke in Brooklyn, the Near-Westside Neighborhood in Syracuse and the Village of Chateaugay serve populations where a considerable share have incomes below the poverty line, or well below the city or regional median.”

Wood also suggested two ways in which a microgrid can help ratepayers who are outside its immediate footprint. The key, Wood points out, is efficiency: efficient energy is cheaper energy.

“Today’s advanced microgrids are all about highly efficient use of resources. Microgrids not only use their own internal resources efficiently but also offer an opportunity to make the larger grid more efficient – and therefore less expensive to run. When a microgrid is not being used for back-up power, it can be used for other things. For example, the larger grid may find itself in need of certain services (e.g., demand response, congestion relief, balancing) and can tap into the microgrid for them.”

“Some also see microgrids leading to electricity price suppression,” Wood said, referencing this article. “As more microgrids are built, we may see them creating price competition for grid power. This would force utilities to become increasingly efficient and cost competitive, driving down overall electricity prices.”

In the descriptions of the winning stage one projects from NYSERDA’s pdf document, many cited Superstorm Sandy as having prompted their communities’ interest in microgrids. Wood pointed out that, even before Sandy, there had been interest in the Northeast in microgrids: Connecticut’s Governor Malloy had begun working on a microgrid incentive program prior to the storm.

“Sandy was the true impetus in New York to pursue microgrids, at least initially,” Wood said. “Sandy drove home the vulnerability of our electric grid. People experienced for an extended period how difficult – even dangerous – it is to be without electricity in today’s society.”

The evolving relationship between microgrids and utilities is a complex one. Both Saintcross and Wood are optimistic about the future of that relationship. “The utilities have been good partners in NY Prize and REV in general, Saintcross said. “Microgrids offer an opportunity for utilities to provide new services and, in some cases, the microgrid resources may provide support back to the local grid.”

Microgrid entrepreneurs and local communities however, want the opportunity to own and manage and reap economic benefit from microgrids. Thus, the fight of the future will not be so much about whether microgrids are developed but who gets to own and profit from them.

“There are more than 3,000 utilities in the U.S., so it’s hard to make sweeping statements,” Wood said. “Industry surveys indicate a general support for microgrids among utilities. Two of the nation’s largest utility companies, Duke Energy and Exelon, are viewed as microgrid industry leaders.”

A key issue, Wood observes, is who would be allowed to build, own or control microgrids: the utilities themselves or independent entities.

“This question – what role the utility should play in the microgrid market – will be one of the biggest for regulators to answer in the next couple of years,” Wood said.