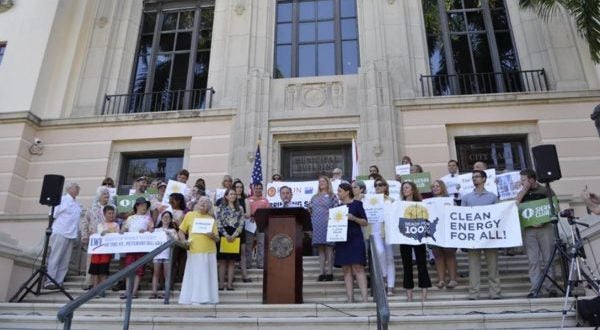 Solar momentum is going strong in the Sunshine State. FL SUN’s first two solar co-ops closed at the end of November with more than 800 homeowners signed up to go solar. The co-op in Orange County closed with just over 550 sign-ups and St. Pete had more than 260 sign ups.

“Floridians are excited to go solar and do so together,” Angela DeMonbreun, FL SUN Program Director said. “Both groups exceeded our goals for recruitment.

The co-ops’ success in attracting members is due to diligent work by their partner organizations, particularly the League of Women Voters of Florida, in reaching out to their networks and in promoting the co-ops. Support from local governments was also valuable.

While Orange County and St. Pete’s co-ops have closed, there is a co-op open on the Space Coast. That group has nearly 100 participants signed up. A co-op will be opening in Sarasota after the first of the year as well.