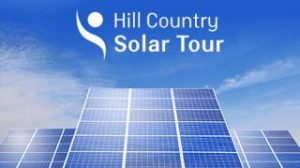 When the Pedernales Electric Cooperative (PEC) was founded nearly 80 years ago, the only light that most people in the rural Texas hill country had came from lanterns or foul-smelling kerosene lamps. For-profit utilities refused to provide electrical service to this low-income and sparsely populated area. A little-known politician, then-Congressman Lyndon B. Johnson, campaigned in 1937 on the promise of providing electrification to the region. He was instrumental in obtaining a loan from the federal Rural Electrification Administration to establish an electric co-op in his district in 1938. That co-op was PEC, a not-for-profit utility fully owned by its energy consumers.
Today, PEC is the largest distribution electric cooperative in America. The organization’s service area covers 8,100 square miles, serving nearly 280,000 meters. Unlike investor-owned utilities, PEC’s members share in its financial performance. In December 2015, for example, it distributed nearly $8.3 million in capital credits to members.

“Electric cooperatives are member-owned, member-controlled, not-for-profit electric utilities that are governed by an elected Board of Directors,” said Peter Muhoro, Director of Energy Research and Strategies at PEC. “The ability to have a self-governing structure has enabled PEC and many other electric cooperatives, over the past eight decades, to find ways to innovate through introduction of new technology, efficiencies and governance.” Muhoro said PEC’s rapid growth is key to its embrace of innovation: “Because PEC serves a very fast-growing territory, it is incumbent that the cooperative continue to advance and innovate to meet the needs of the growth while keeping costs low to the membership.”

Last December, the PEC Board of Directors approved management to pursue up to 15 mW of member and community solar in its service territory. This decision follows the organization’s strategic plan to utilize cost-beneficial solutions without member subsidy, to achieve and maintain a renewable energy portfolio meeting or exceeding the greater of the Texas average (ERCOT) or the national average as projected by the US Energy Information Administration.

A majority of Texas’ electric grid is controlled by the independent system operator, ERCOT (Electric Reliability Council of Texas). ERCOT’s rules stipulate that every system with a capacity at or greater than 1 mW has to register with the operator. PEC has chosen to procure solar by bundling small individual projects, each under 1 mW, into a portfolio and thus reducing cost. According to Muhoro, PEC reduced its PPA price by around $10/MWh and $15/mWh by purchasing a portfolio of projects instead of buying a single 1 mW project. Those cost reductions include several economies of scale, from bulk procurement to efficient labor and equipment use.

“By sizing our projects just under 1 mW, we were able to realize the true benefits of the system on the distribution side,” Muhoro said. “This avoidance saves the cooperative on cost of transmission, thus keeping the cost of solar low. There is also value in members being able to see the assets. Our members are spread across 8,100 square miles. Having a number of facilities allows members to see first-hand our clean energy generation and feel more connected to the co-op.”

He pointed out that for cooperatives, the basic concept of community solar isn’t new. In many ways, community solar dovetails with the reason cooperatives such as PEC were founded in the first place. It allows community members to pool their resources for their mutual benefit.

“The program will be open to all our member-owners, both in the urban and rural areas. Opening this up also [guarantees] that the solar projects are equitable to all our members and no one member is subsidizing another. To ensure this, we have negotiated installations and created other efficiencies such that the economics work out, and in the case of [those] not fully subscribed, the non-subscribed membership are not paying for those who choose to want to have solar.” The PPA cost, at the time the solar power is generating, is nearly comparable with the wholesale cost of the power that PEC purchases, with the additional cost of transmission as well as transmission line losses accounted for.

Muhoro sees the federal extension of the ITC credit as a “great opportunity.” PEC encourages all member-owners who wish to do so to install individual systems, and the organization offers a very attractive net metering rate to incentivize this.

To increase solar adoption, the cooperative has launched the PEC emPower Loans program for members. This program allows members to borrow up to $20,000 for ten years for solar and storage installations. “As a cooperative,” Muhoro said, “we have access to very low interest rates that can be passed along to qualifying members who can install solar and storage, and pay for it on their electric bill.”

One way that PEC has considered doing this is through the USDA’s Rural Utilities Service’ (RUS) Energy Efficiency Conservation Loan Program (EECLP). PEC is in the process of working with RUS to access this financing, through which members can greatly benefit from even lower interest rates. RUS provides loans to finance energy efficiency and conservation projects for commercial, industrial and residential consumers. Eligible electric utilities can qualify for money tied to Treasury rates of interest and then re-lend the money to develop new and diverse energy service products within their service territories. Cooperatives can access funds with interest rates of one to four percent, with a one percent markup for administrative costs.

Many rural electric distribution cooperatives are limited in their ability to produce their own electricity because of generation contracts they have signed with their generation and transmission (G&T) cooperatives. These contracts may stipulate that an electric distribution co-op, like PEC, must procure most or all of its electricity from the G&T cooperative. Muhoro explained that its contract with its main electricity provider, the Lower Colorado River Authority, allows, if elected, for PEC to pursue up to 35% of its load from other sources.

He says PEC currently sources around nine percent of its energy from renewable sources. This primarily comes from wind, but now includes solar as well. Muhoro indicated that the co-op is still evaluating how members can subscribe to a community solar project expected to launch later this year.

A Model for Others

Muhoro believes PEC’s experience could be a model for other local solar providers. “Our renewable energy programs show the potential of how to interact with those you serve power to. As a member-owned cooperative, member focus is a very critical focus.”

For the past several years, PEC has sponsored the Hill Country Solar Tour, which provides members an opportunity to meet solar installers and understand their options. PEC’s staff is also made available at the event to confer with members.

“The event also allows members to visit homes and businesses that have solar installations that could be similar to what they are looking for,” Muhoro said. “This event has been a great success with nearly 400 members attending. The key component to innovation is member engagement and learning the needs of those you serve. Once understood, designing programs becomes an easier process.”