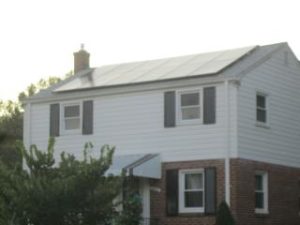 There is a tug of war being played out across the country between generators of renewable energy– rooftop-solar owners, community solar gardens, etc. – and regulated public utilities. This multi-year fight has regulators looking for a new paradigm to resolve these conflicts. New York has taken up an ambitious new program called Reforming the Energy Vision (REV) to do just that. It was initiated by the state’s Public Service Commission (PSC) – the authority in charge of energy regulation – and introduced by Governor Andrew Cuomo last year. REV seeks to reform energy infrastructure, so that it works with advanced energy technology. The state hopes to make REV the energy model for the entire country. If that happens, it may finally resolve the standoff between utilities and distributed energy resources (also called DERs).

REV was designed to fulfill both an ecological and an economic purpose. The stated goals of REV are:

A State Energy Plan (“the Plan”) was developed to serve as a roadmap for REV. According to The Plan’s website, it “fosters economic prosperity and environmental stewardship — government and industry working together through public-private partnerships to achieve our shared goal of a healthier and stronger New York economy.” According to the site, the Plan would help bring about, by 2030, a 40 percent reduction in GHG emissions (from 1990 levels), a 23 percent reduction in energy consumption in buildings (from 2012 levels) and a total of 50 percent of all electricity to be generated from renewable sources.

How would REV affect utilities and their relationship with solar power generators and other renewable energy providers? The new program recognizes that the utilities’ traditional business model is antiquated. It no longer makes sense for utilities to profit from the continuous construction of additional infrastructure to deliver more, and more reliable, electricity.

For example, although overall energy demand in New York State (what is called “baseline” demand) has held steady over the last decade, peak demand (that is, significantly higher energy use on particular days and at certain times of day) has risen dramatically. So simply building more power plants and infrastructure that would wind up not being used most of the time simply doesn’t make sense. It ends up costing all ratepayers a lot more for their energy.

In place of the old state-regulated system, REV substitutes a market-based approach. Third-party service providers would create innovative ways to efficiently provide power for the system – within the limits of the state’s green goals, as described above. This reform allows the market, not state government, to determine pricing and profits. Meanwhile, utilities would continue to fulfill their mandate of maintaining the grid and ensuring reliability. By changing the utilities’ business model, REV seeks to eliminate any incentive on the part of utilities to resist DERs.

Organizations such as the coalition AGREE New York (Alliance for a Green Economy) see REV as an opportunity to establish what it calls “energy democracy.” According to AGREE New York, this means that “residents and communities can be full participants in a clean energy future” by generating their own power or otherwise making their own energy decisions.

The organization, however, saw two potential obstacles to energy democracy in the REV program. The first obstacle was a proposed plan, backed by the utilities, to allow the utilities themselves to animate and manage retail electricity markets by becoming distributed service providers (DSPs). In this scenario, utilities would serve, as one article put it, as the “air traffic controllers” of the grid. The organization maintains that for-profit utilities, accountable to shareholders and not the general public, cannot serve the public good in this role. AGREE New York demands that the new energy markets “should be overseen by an independent statewide institution, democratically governed by representatives from a variety of public interest sectors and stakeholders”.

The second obstacle, according to the organization, was a plan to phase out over ten years all state subsidies for clean energy. AGREE New York insists that such subsidies “should not be phased out unless or until the REV’s market approach proves it can meet the state climate goals”.

The coalition lost the first battle in February of this year when the PSC issued an order allowing utilities to serve as DSPs. According to this article, the utilities’ new functions, in addition to their traditional ones of maintaining the grid and its reliability, will be to “establish and enforce rules, provide reliable, open-access, real-time data, source (through procurement or rate design) services needed by the grid, coordinate and schedule resources, ensure cybersecurity, and possibly coordinate with wholesale markets via the New York ISO [independent system operator]”. However, the order made clear that outright ownership of DERs by utilities “will be the exception rather than the rule”. The utilities have until next June to submit a roadmap on how they intend to proceed, called the distributed system implementation plans, or DSIPs.

So how would utilities actually make money under the new system? Under REV, one way they might be able to generate revenue streams would be through market based earnings (MBEs). This system would reward utilities for the achievement of certain goals. For example, if a utility’s management of the grid becomes efficient enough to substantially level out midday peaks in electricity demand, they might be rewarded with additional revenue through MBEs. The system could encourage utilities to develop DER resources (for example, community solar gardens or solar and storage projects). Utilities would use these resources to level out peaks in demand by feeding electricity into the grid in the middle of the day, rather than pulling power from it. In this system, utilities would see distributed generation as a supporter, not a competitor.

REV is still in the experimental stage and, like all experiments, the outcome cannot be foreseen. But New York State at least recognizes that the current energy paradigm is outmoded, and has come up with a creative solution to try to change it. The rest of the country is watching their progress closely.