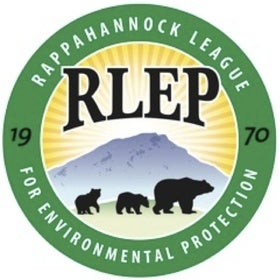 The Rappahannock League for Environmental Protection has a long history of working to preserve and enhance life in Rappahannock County. The group started more than forty years ago and it is now one of the area’s most well respected conservation groups.

RLEP involved itself in the local solar co-op as a continuation of this work. RLEP board member Jill Duvall and her husband encouraged the organization to pursue solar. For a number of years, the group held an Alternative Energy Expo in Warrenton. The expo featured experts discussing the progress made in alternative energy. The expo also featured alternative energy technology such as the early MIT solar vehicle, a brick making machine, and solar toys.

Partly as a result, there was already enormous interest in solar when RLEP reached out to VA SUN last year for assistance in creating a solar co-op.

“It was clear from the beginning that many people here had been thinking about solar, they just weren’t sure how to go about it,” said RLEP board member Larry Wohlers. “The partnership between RLEP and VA SUN was perfect in this regard. RLEP has a long history of promoting renewables in the county and VA SUN brought in the implementing expertise.”

Members of the conservation group have nothing but praise for their experience with the co-op. The group signed up more than 80 residents for the co-op. This is an impressive feat in a county of about 7,000 residents.

With the co-op now well underway, RLEP is looking for new projects to sponsor. With the recent extension of Federal tax credits for solar customers, other initiatives in alternative energy are one possibility. In the meantime, the group is working on an initiative called Dark Skies, aimed at preserving the beautiful, star-filled nights that Rappahannock is famous for by helping residents find solutions to their outdoor lighting needs that do not needlessly replace the stars with artificial lights.