As part of our new series of profiles on local solar co-op organizers, we spoke this month with George Kaplan, who started the Cecil County Solar Co-op. MD SUN provides support and structure to these efforts but local organizations and community members like George are key to launching a successful solar co-op. 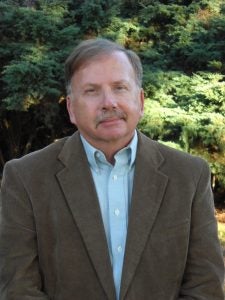 George got involved with the co-op through his relationship with Interfaith Power and Light. He served as the chair of the environmental committee of the Episcopal Diocese of Easton, which covers the Eastern Shore. Through this, he was connected with an acquaintance that organized a co-op in neighboring Salisbury.

“My primary motivation is to promote an alternative to fossil fuel generated electricity.” He said. “We need state, national, and international policies, but we also need individual action. We owe this to the people who will come after us. We need to be good stewards of the Earth.”

George cited the Cecil Land Use Alliance and the Elk and North East Rivers Watershed Association as groups that have been helpful in promoting the co-op, as well as his own church, St. Mary Anne’s Episcopal Church in North East.

Solar is not foreign in Cecil County. The county’s administration building is solar-powered. The Elkton Library will be going solar soon as well. Still challenges remain for individuals to go solar.

“I know a lot of people, like me, are confused by all the possibilities, and unsure about the long-term payoff,” George said. “Organizing a co-op where we could get competitive bids seemed like a great idea, particularly if we had some guidance from a non-profit that had done this before and knows the industry well.”