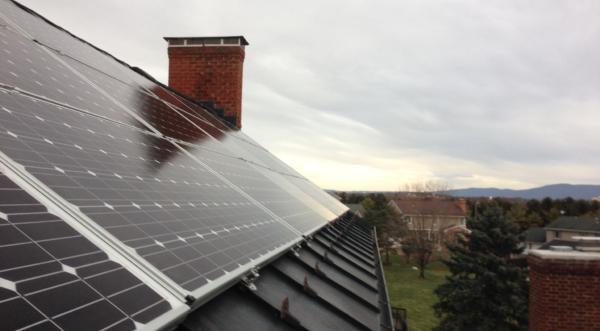 The recent growth of solar electricity generation has been nothing short of spectacular. Nationally, solar photovoltaic (PV) installation costs have fallen by more than 70% in the past decade. The total capacity of installed solar has tripled since 2010. The solar industry now employs more people than the coal and gas extraction industries. Solar now accounts for the majority of new electricity generation capacity additions. Hundreds of thousands of Americans have propelled this solar momentum, installing solar arrays on their own homes and businesses.

Virginians are no different in seeing the value of producing local energy with solar. In the last three years alone, our small non-profit, VA SUN, has directly facilitated more than 400 installations. This has generated more than $8 million dollars in retail solar sales for local Virginia contractors.

Why is rooftop solar a threat to monopoly utilities?

Solar panels are a distributed power source. This means they create electricity at or near the source of use. This is counter to traditional electricity generation which occurs at large, centralized locations and is then transmitted long distances to the point of end use. The emergence of solar PV as a cost effective and easy to maintain ‘generator’ has enabled Virginians to become their own energy suppliers.

While solar means increased energy freedom, resilience and local job creation for Virginians, utilities see this only as lost revenue.

Electric utilities typically generate income two ways. They sell electricity to customers or they build electric grid infrastructure, such as power plants and transmission lines. As Virginians install more solar, they purchase less electricity from their utilities and reduce the need for costly investment in new power plants and transmission lines.

Increased solar adoption is good for all utility customers, as we are the ones who pay for rising energy costs and investments in new grid infrastructure. This introduces competition and cuts into utility profit margins. Virginia’s two largest utilities, Dominion and Appalachian Power are investor owned utilities, meaning they are managed as private, for profit entities. While they are governed as ‘regulated monopolies’ by the Virginia State Corporation Commission, their primary purpose is to generate revenue for shareholders.

Customer-owned, ‘rooftop’ solar reduces revenue to utility shareholders by reducing demand for their products (electricity and power infrastructure). This is particularly concerning to utilities since they have seen overall growth in electric demand remain flat and even decline since 2009. This flat demand is due to energy efficiency and decreased industrial activity. Solar is poised to lower electricity demand from utilities further. Utilities are trying to hold on to their profit margins by blocking solar’s growth.

We’ll take a look at how Virginia utilities have tried to block solar and what Virginians are doing to stop them in a future article.