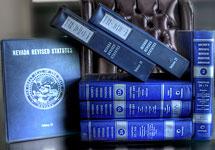 Nevada voters passed ballot initiative Question 3 this past November. The vote marked the beginning of a multi-step process that could radically change the way Nevadans consume electricity. Called the Energy Choice Initiative, the measure “proposed to amend the Nevada Constitution to provide… an open, competitive retail electric Energy market”, according to its public summary. It would enable any entity in Nevada to have the right to choose its provider of electric utility service, including the right to produce “electricity for themselves or in association with others.”

The referendum appears at an important time in Nevada’s energy history. As we have previously covered, the Public Utilities Commission of Nevada (PUCN) essentially gutted Nevada’s solar industry by virtually eliminating net metering in December 2015. Further, it refused to grandfather existing customers at their current net metering rates.

“The PUC decision directly cost Nevada almost 2,700 jobs in rooftop solar installations, according to the Solar Foundation’s annual jobs census,” said Andy Maggi, Executive Director of the Nevada Conservation League. “It virtually eliminated a growing rooftop solar industry. It put a black mark on the record of a state that had been a leading innovator in the clean energy economy.”

A single utility, NV Energy, according to the text of the referendum, currently controls 90 percent of Nevada’s energy market. Nevada law requires ballot initiatives to gain voter approval twice in even-numbered election years. So, to become law, Question 3 would have to pass again in November 2018. Then the Nevada legislature would need to enact the appropriate law and the new law would have to go into effect at some point prior to July 2023. If this does happen, it would in effect end NV Energy’s near-monopoly.

The Energy Choice Initiative originated not from local grassroots energy activism, but through the efforts of wealthy Nevada corporations. The initiative’s main backers were the data center company Switch and the Las Vegas Sands casino, run by gambling magnate Sheldon Adelson. A 2001 law had allowed large Nevada-based companies to exit NV Energy. Recently, several such companies had sought to withdraw and to shop around for their own energy providers. The 2001 law enables regulators to charge companies exit fees in the millions of dollars for leaving. Each exit fee is not technically considered a penalty, but an “impact fee”, to lessen the possible negative effect on other ratepayers of the loss, by the utility, of a major customer. The fees also go to compensate the utility for the cost of its investment over the years.

The MGM Grand Casino – Nevada’s largest employer and taxpayer – was hit with a fee of nearly $87 million when it applied to leave NV Energy in May 2016. Though that fee was greater than what the cost of the casino’s energy would have been for an entire year, the MGM Grand, according to this article, believed the high price to be worth it. It felt this way because energy from alternative sources would be cheaper and because purchasing green energy and practicing energy conservation would make the casino more attractive to sustainability-minded customers. The casino still remains a customer of NV Energy, but only for energy transmission and distribution, not produced energy.

However, while both the MGM Grand and Wynn Resorts went ahead with their exit procedures, the Sands casino, which would have been charged an exit fee of about $24 million if it had followed suit, declined to leave. Instead, it decided to try to change the law and allow itself and others to exit the utility for free. In July 2016, Switch, according to this article, sued the Public Utilities Commission of Nevada for $30 million after it was denied the right to exit NV Energy in 2015. It too became a supporter of the Energy Choice Initiative.

Question 3 passed by a wide margin, with over 70 percent of the vote on over three-quarters of a million votes cast, though not every stakeholder supported the legislation. The Nevada State AFL-CIO and the International Brotherhood of Electrical Workers both strongly opposed it, claiming that there was no evidence that deregulated markets result in lower electricity prices, and dismissing it as a law for and by billionaires. In fact, in October, they filed a lawsuit to stop the initiative from appearing on the 2018 ballot. NV Energy itself remained neutral on the measure.

“The Nevada Conservation League supported Question 3 and Nevadans overwhelmingly agreed with us, giving the measure 73% of the vote,” Maggi said. “People and businesses want clean-energy alternatives, and retail choice gives them the opportunity to invest in renewable energy that they might not have through the utility monopoly. We think retail choice will give Nevadans more access to clean energy, energy efficient technologies and distributive technologies, like batteries for their homes.”

“Many Nevada residents soured on NV Energy as a result of the big jump in rates for net metered customers proposed by NV Energy and approved by PUCN in 2016,” said Anne Macquarie of Sierra Club’s Toiyabe Chapter (which took no official position on Question 3). “I think voters may have conflated this bill with net metering. Or additionally, voters may be looking for an electrical generation system more responsive to the needs and desires of customers.”

“I think NV Energy’s Renewable Generations program was actually a good way to get net-metered renewable generation started in Nevada,” she said. “The problem with the program, in my view, is that the cap on total net metering contracts was quite low. When solar leasing programs made rooftop solar more financially accessible to customers, the demand soared, and the small program could no longer meet the demand.”

She believes that it’s “too soon to tell” what effect the measure will have on renewable energy, but added, “Clean energy advocates are working to make clean energy a key part of an Energy Choice system and I hope we will be successful. It is important to remember, though, that there is nothing about Energy Choice that would automatically lead to more clean energy.”

“A good Energy Choice system that includes clean energy as a large component will have to be well designed in order to work well,” she explained. “By ‘work well,’ I mean a system that will offer affordable energy and abundant clean energy choices for consumers. This will take a lot of time and creative effort. I hope our state legislators and regulators are equal to the task.”

Maggi believes they are. “Nevadans overwhelmingly support clean energy and policies that capture its economic power for Nevada,” he said. “We’ve already seen legislation introduced that would expand Nevada’s renewable portfolio standard, give low income households more access to clean energy, ensure we are prioritizing clean energy in utility resource planning and make sure we’re ready for an energy system where more households are creating and storing their own energy. I also believe we’ll see a bill fixing the PUC decision shortly. In short, I’m optimistic that at the end of this legislative session, Nevada will be back to leading the pack and growing our economy on clean energy.”