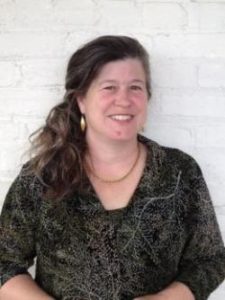 WASHINGTON, DC – On Thursday, April 17, 2014, the White House will honor ten local heroes who are “Champions of Change” for their efforts to promote and expand solar deployment in the residential, commercial and industrial sectors.

As the President highlighted in his State of the Union address, the pace of solar deployment has picked up. Last year was a record-breaking year for new solar installations, and the amount of solar power installed in the U.S. has increased around eleven fold – from 1.2 gigawatts in 2008 to an estimated 13 gigawatts today, which is enough to power more than 2.2 million American homes. In fact, every four minutes another American home or business went solar. Whether it is deployed at the utility scale or by rural electric co-ops, businesses, multifamily housing, or new home builders, solar power is now a cost competitive option that offers financial and environmental benefits. This trend has yielded new economic opportunities for many Americans – job growth in the solar industry is now increasing by 20% each year.

President Obama is committed to continuing the momentum. In June 2013, the President launched a comprehensive Climate Action Plan to cut carbon pollution and advance the clean energy economy. As part of that Plan, the President set a goal to double solar, wind, and geothermal electricity generation by 2020 and to more than triple the onsite renewable energy production in federally assisted residential buildings.

On Thursday, at the White House Solar Summit, we will honor individuals that are leading the charge across the country to create jobs and economic opportunity in solar power, and drive policy changes at the local level to further advance solar deployment in the residential, commercial and industrial sectors.

Anya Schoolman is the Executive Director of Community Power Network, a national nonprofit that helps communities build and promote local renewable energy projects and policies. Ms. Schoolman founded the Mt. Pleasant Solar Coop in 2007 with her son Walter. As President she led a city-wide effort in Washington, DC to make solar accessible and affordable to all residents. She has assisted more than 300 homeowners in Washington DC to go solar and has helped foster the creation of 11 sister coops that joined together to form a city-wide organization called DC Solar United Neighborhoods (DC SUN). Ms. Schoolman is also the founder of the Community Power Network, where she manages programs to promote solar and local economic development. Community Power Network is currently supporting state projects called Maryland Sun (MD-SUN), West Virginia Sun (WV-SUN) and Virginia Sun (VA-SUN), as well as policies and project models for bringing solar to low-income households. In 2009 Ms. Schoolman was honored as the MD, DC, and VA Solar Energy Industries Association Solar Champion.