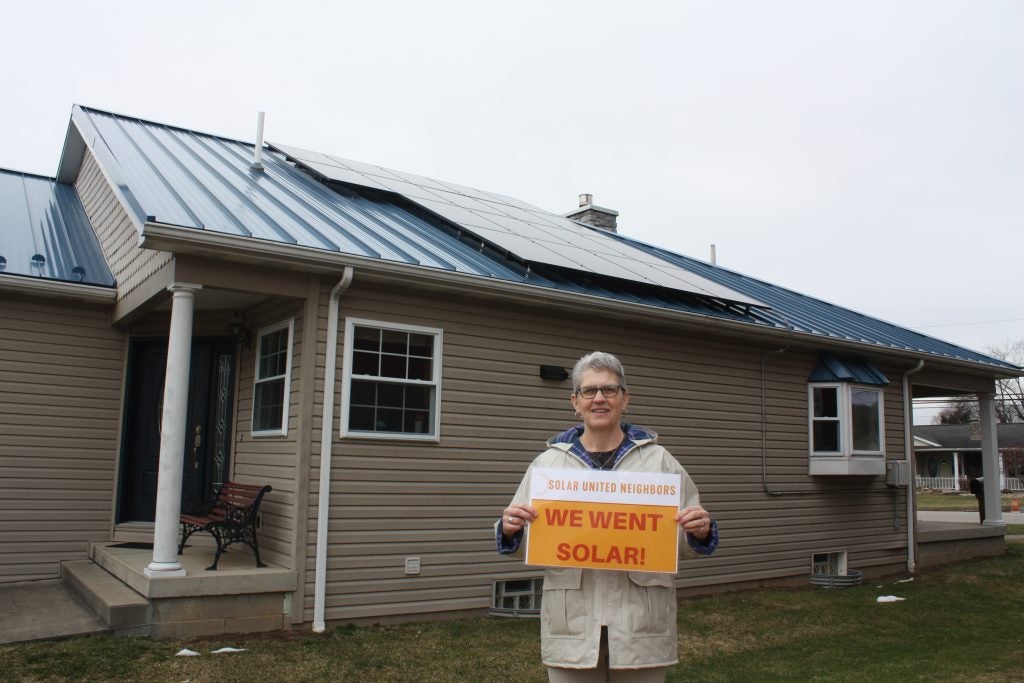 I want to pre-pay my electric bill before I retire.

I decided to go solar for several reasons.  I have always been intrigued by the concept of solar, but it was just too expensive before. The main reason to put solar on my home is due to my desire to join the renewable energy movement. Secondly, I was drawn in by the success of the Indiana County Co-op and felt that the timing was just right when I realized there was a 30% tax credit.  And finally, I am hoping to retire in about 3 years, so investing in solar was like pre-paying my electric bill to reduce the utility burden and making retirement possible.

The only thing surprising to me was how easy the process was, and how quick it went.

My system has only been functioning for about 5 weeks, but I have already had 4 days where I have produced more than my average daily usage.  I have not had a day without some level of production, even after a 5″ snow storm on February 7th.

Go to as many informational sessions that you can and just keep asking questions.  Also, talk to someone who has installed solar.

I can’t wait to see how my system works once we get into the summer months!

Connect with our growing community of solar supporters by attending an event!