I found a reputable installer and negotiated a good price with the cooperative. When I had questions they were answered thoroughly.

I have wanted to use solar power since seeing homes with it along the shores of Lake Michigan in the 1970’s, but at that time the price of installation was prohibitive for me. When I heard about the solar co-op forming in Delaware County, I went to hear about it. At this time, interest on savings is low, so I decided that investing in solar panels makes economic sense, as well as environmental. So, I became part of the Delaware County Solar Co-op, and had solar panels installed.

The solar co-op found a reputable installer and negotiated a good price. When I had questions, I was able to contact members of the co-op who have had panels for a longer time, and got answers. 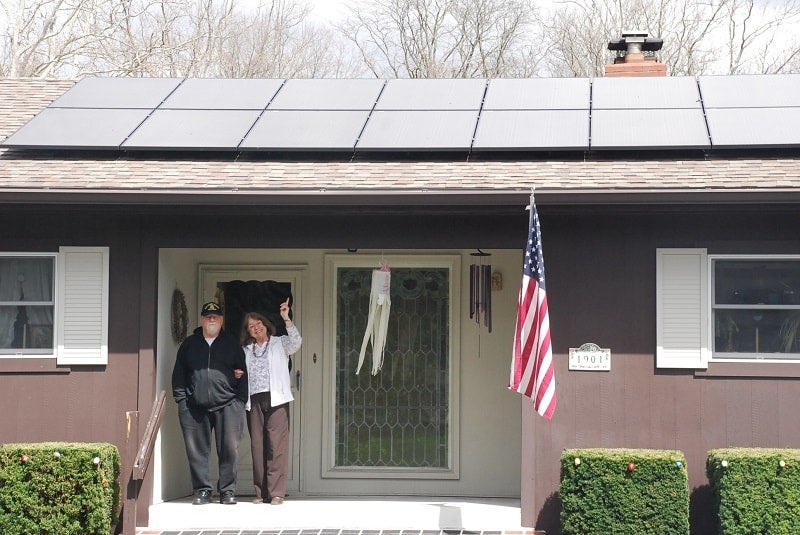 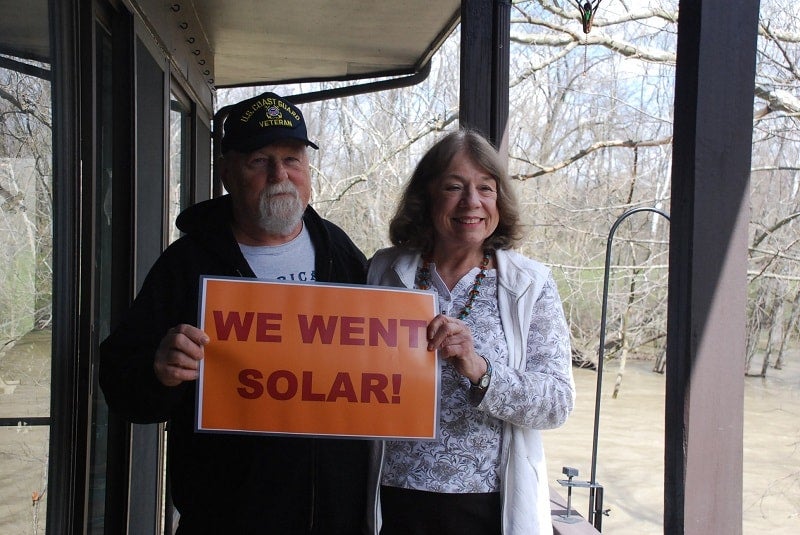 Do it! If you want it, there is a lapse between the time you sign up and the actual installation. I had hoped to have it during air conditioning season last summer, but the earliest installation date was the end of October, so don’t put it off. You will have to wait your turn.

I had hoped for zero dollars on my electric bills, but it doesn’t work that way. There is a limit (%) to the amount of solar energy allowed to be generated, and, of course, there is a fixed amount that AEP charges for distribution. I am still happy that I chose to do it.

Do you have any data on solar system ‘s performance?

I have been watching the generation through an app that shows all the panels and how much they are generating in real time. The panels have produced 2.34 MWh since being installed at the end of October 2016.  [1.68 MWh this year (2017)].