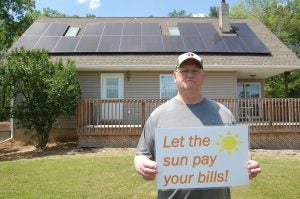 So when he told me he was going solar with the co-op, I said, “Sign me up!”

I was skeptical at first, but seeing my light bill after going solar shows why it was a good decision. My solar was switched on this month and my light bill is now $7. Last month, before the solar was installed, it was $108. Plus, there are government incentives you can’t pass up!

Why did you go solar with a SUN solar co-op?

My neighbor Duane was a member of the solar co-op before I was. We both had geothermal heat pumps installed together and so we have a history of taking each other’s lead when it comes to improvements to our homes. So when he told me he was going solar with the co-op, I said, “Sign me up!”

What advice would you give to people who are considering solar but not sure where to start? 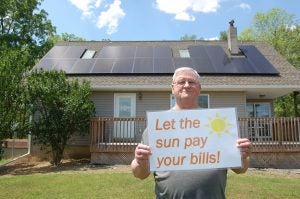