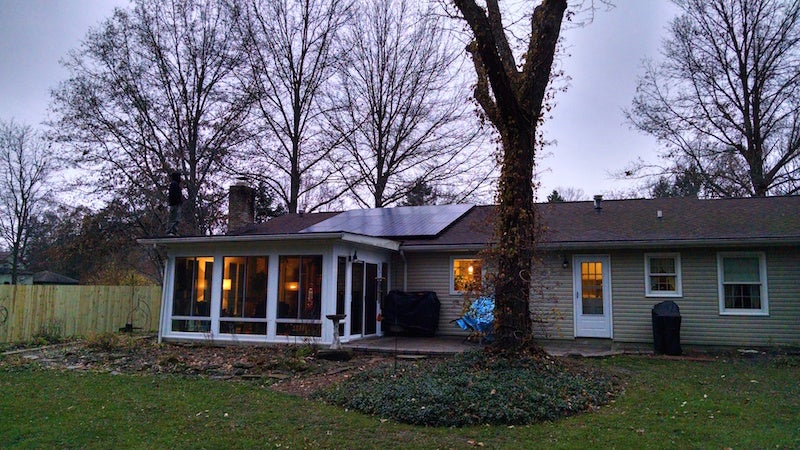 Members help spread the word because they provide credibility and real-world example for friends and family who are considering going solar.

Lorain Solar Co-op member Eugene Matthews had his 4.05 kW system installed last November. But Matthews is no new comer to solar or renewable energy. He’s be working in the renewables space since the 1970s. In 1977, he built his home to include a solar furnace. “During the blizzard of ‘78, the fan came on and it was making warm air because the sun shone through the snow,” Matthews said.

Matthews estimates his system on average will provide about 80% of his electricity usage. He is eager to see how his system will perform once the seasons change and he’s able to get more direct sunlight.

Going solar with the co-op made more than just financial sense to Matthews.

“You’re in a group of like-minded people,” Matthews said. “You get a lot of moral support.” Matthews went solar with several fellow members of his church choir. He says choir practice has become an opportunity to discuss and compare system performance.

Matthews is excited about the possibility of using the Lorain co-op to spread solar to others. “People want to know: ‘do they really work?’” Matthews said. He believes fellow co-op members will be successful in spreading solar because they provide a credible and real-world example for friends and family who have thought about going solar.

“It just sits there and makes electricity for you,” Matthews said. “It’s the right thing to do. If enough people do this, we’ll have an impact.”