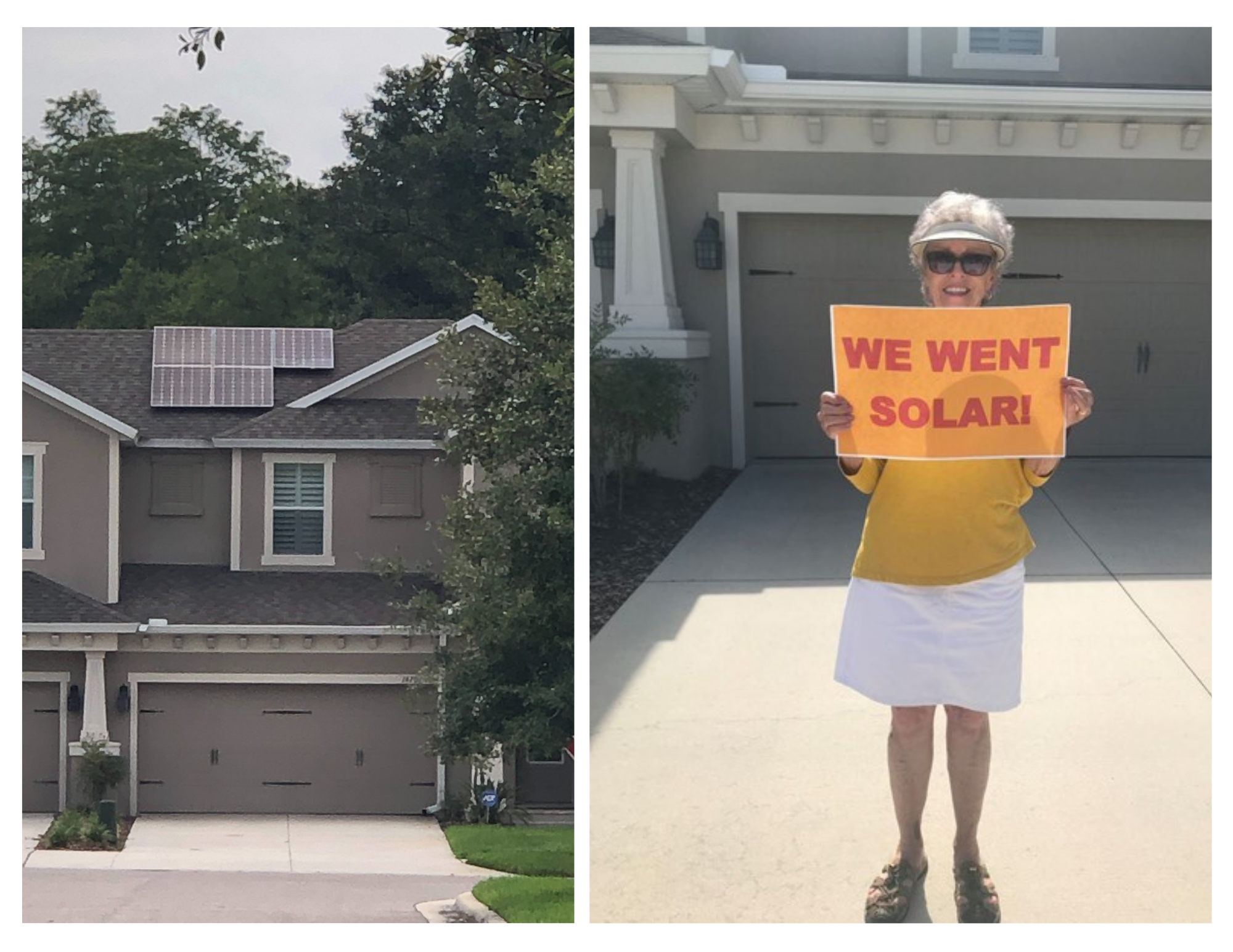 Switched to solar for my family, I’d recommend to anyone!

Janet isn’t new to environmental stewardship. In Jacksonville, she championed renewable energy and clean water projects within her community. Janet has worked on the Jacksonville Mayor’s Environmental Council, partnered with the Communications Workers of America for the Blue-Green Alliance, assisted the Georgia Sierra Club to oppose mining of the Okefenokee Swamp, and was the Northeast Sierra Club’s Conservation Chair. She even helped establish the Resiliency and Climate Coalition in Jacksonville while she lived there.

Janet recounted one of her previous experiences within the solar energy sector. In 2016 Janet helped campaign for Amendment 4 on the Florida Solar Energy Subsidies and Personal Solar Use Ballot. The amendment was written to increase the property value of solar homes by exempting solar systems from property tax. Janet hoped that the amendment would help make solar more accessible and economically viable for Jacksonville residents. Simultaneously, Amendment 1 supported the utilities and made it difficult for residents to subsidize solar. They were effectively making it more expensive for residents to become solar homeowners. Janet said that the amendment was challenging to understand, and she was afraid that voters might not take the time to understand the objective of the amendment before voting. However, when the votes were counted, Jacksonville residents favored Amendment 4, which Janet campaigned for tirelessly. And they voted against the confusing amendment that would make it increasingly difficult for people to subsidize solar. She believes that the voter saw through the conflicting language of Amendment 1 and realized that the amendment wouldn’t serve them. She said she was excited about what the win in 2016 meant for the potential future of solar energy in Jacksonville.

After her retirement, Janet moved to be closer to her family. While she thought this would be a great time to become a solar homeowner herself, she wasn’t sure where to begin. That’s when she heard a PBS special featuring Solar United Neighbors (SUN) on TV and decided that it was time for her and her husband to invest. Janet appreciated that SUN’s nonprofit experts would help advocate for homeowners and negotiate with the installer. SUN made the process simple to navigate.

Today, Janet is incredibly happy with her solar array. Now that she is finally moving permanently into her new home, she’s excited to learn how much energy her family utilizes and how her panels will offset it. Her favorite part of the system is how easy it is to monitor her energy consumption and modify her habits to be more energy efficient. By tracking her energy use every hour, the solar system allows her to see peaks throughout the day and account for unnecessary energy usage. Janet stated that the installation of the solar panels went smoothly. Janet said that she would recommend SUN to anyone interested in going solar; in fact, she has family in Pinellas who is considering going solar as well!

Connect with our growing community of solar supporters by attending an event!