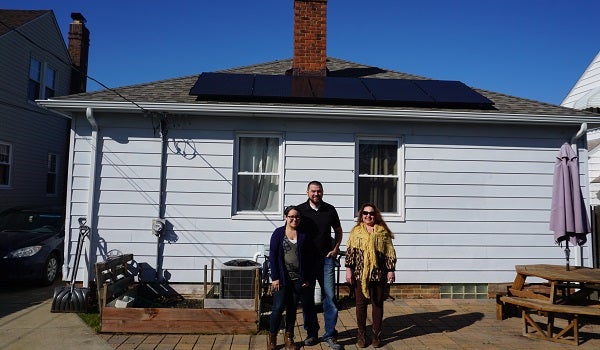 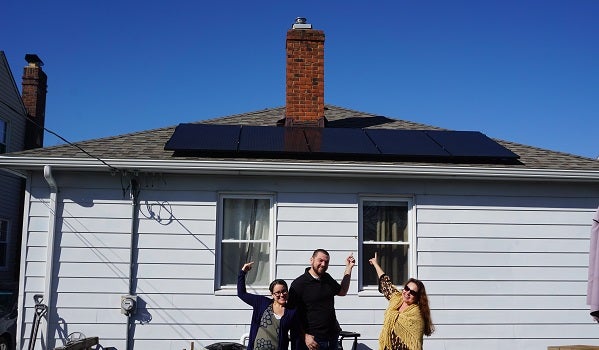 Techy things tend to always interest me. Amanda became interested after taking a globalization class. It opened her eyes to some of the horrible things we’ve done to the nature for the sake of energy. Making a logical conclusion of what should be done for our earth, and financial conclusion of it being doable… even profitable in the long run, it was a no-brainer.

Why did you choose to go solar with Solar United Neighbors of Ohio?

Honestly, it was available in my area.

According to the quotes provided, we were able to shave off 20% off our overall bottom line. They were also very helpful with hooking us up with a local solar installer.

I honestly was surprised about how everything was handled for us, from permits to talking with the electrical company… I didn’t have to lift a finger.

The goal with the size of the system was to be 90% of my entire yearly usage.

Ask questions, get down and dirty about the numbers with someone at your co-op!

The photo depicts the smallest side of the house we have panels on 🙂 the other sides just didn’t work for a photo.