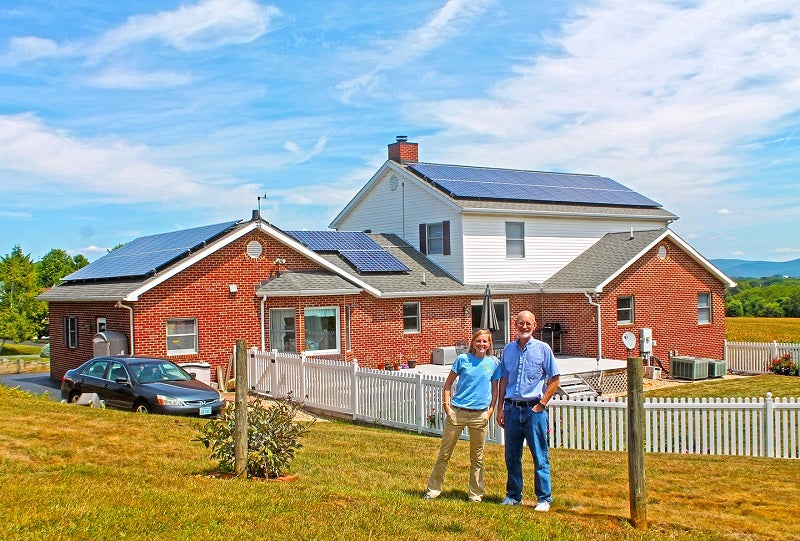 It’s fun to see how to stretch solar power to cover our needs. The panels provides some “insurance” against rate increases by local utilities.

The decision to go solar was multi-faceted.  I’ve always tried to conserve energy and keep costs down as much as possible. The falling cost of a solar system and the availability of net metering have made solar a viable option for providing economical power for our home.  The cost of the system should be recovered in roughly ten years. After that, for the remainder of the life of the system, we will basically be getting free electricity.

Solar power also provides some insurance against rate increases by local utilities.  While the initial cost is pretty steep, once installed, the cost of our solar power will not increase no matter what happens with the cost of coal, oil, natural gas, nuclear, etc.  As long as the sun continues to shine, we’ll continue to generate electricity.  If it stops shining, we all have bigger problems!

The final factor, but certainly not the least in importance, is that solar just seems to be the right thing to do. I have children and grandchildren, and I’d like to minimize the negative impact my existence has on the planet that everyone who comes after me will inherit.

I started looking into solar before I realized there was an Augusta Solar Co-Op.  When I learned about the co-op and attended an information session, I realized there were significant advantages to being part of the group. The first obvious advantage is that the collective purchasing power of the group can help bring down the cost of going solar.  The other factor that persuaded me to join the co-op is the support provided by the people coordinating the effort. Working with the co-op provided confidence that much of the leg work I would have needed to do on my own was being taken care of, on behalf of the group, by people who were knowledgeable in the field. Information on system configurations, regulatory requirements, vendor evaluations, tax consequences, etc. was readily available from experienced people who had no apparent motivation beyond assisting the group and furthering the cause of solar power.

I was surprised how many people in our area were interested in solar power and how varied were our backgrounds and reasons for being interested. Reasons for going solar included just wanting to save some money on electricity; wanting to save the planet; and being very angry with power companies and wanting to go completely off the grid and never pay them another nickel.

The other thing that surprised me was how easy it was.  The co-op did much of the leg work (soliciting bids, evaluating vendors…).  All I had to do was to decide whether or not to sign up for an installation and then work out details with the installer on final configuration of the system. Sigora did an excellent job with the installation, and pretty soon, I was generating my own power.

We installed a 12.7 kW grid-tied system.  The estimate was that it would offset about 80% of our electricity usage.

Our average electric bill from January 2013 until solar installation in August 2015 was about $195.  In the past year (September 2016 – August 2017) we’ve only had to pay for actual usage (where we go beyond the highest previous reading on our net meter) one month.  That was the bill for February 2017 when we paid $10.86.  All the other months we paid the $8.40 minimum just for being connected to the grid with zero net usage. I suspect this was NOT a typical year with unusually high solar generation and low usage, but only time will tell.

Since installation, we’ve generated over 31 MWh of electricity which SolarEdge (our inverter manufacturer) estimates equates to one of the following environmental benefits:

My advice would be to first do some research and reading about solar power. It would be helpful to know how much electricity you are currently using at your residence, and how much it will cost to offset a portion of that usage with solar power. There is plenty of information available on the internet, and the co-op website would be a good place to start.

If possible, I’d recommend talking with people who have already gone solar.  I’ve found they are generally very enthusiastic about their systems and more than happy to share their experience and advice.

If planning a roof mounted system, consider the expected remaining lifetime of your current roofing material and the cost of re-roofing prior to installation vs. after the system is installed. This was a major issue for me. I considered replacing our asphalt shingle roof with a metal roof before installing solar, but finally decided that was not the way to go for us.

Last, I would recommend finding a co-op to work with, if available in your area.

Going solar has been getting more and more inexpensive during recent years, to the point that it can make economic sense to do it. The initial cost is significant, but the payback goes on for years. As I already said, I also think it’s just the right thing to do. Whether or not you are a “tree-hugger”, trying to improve the environment can only be a good thing, and you can’t get much cleaner than generating power from sunlight.

In addition, I’ve really enjoyed keeping track of power usage and solar generation. It’s almost become a game to see how much I can stretch our solar generation to cover our power needs.

Overall, it’s been a win all the way around.