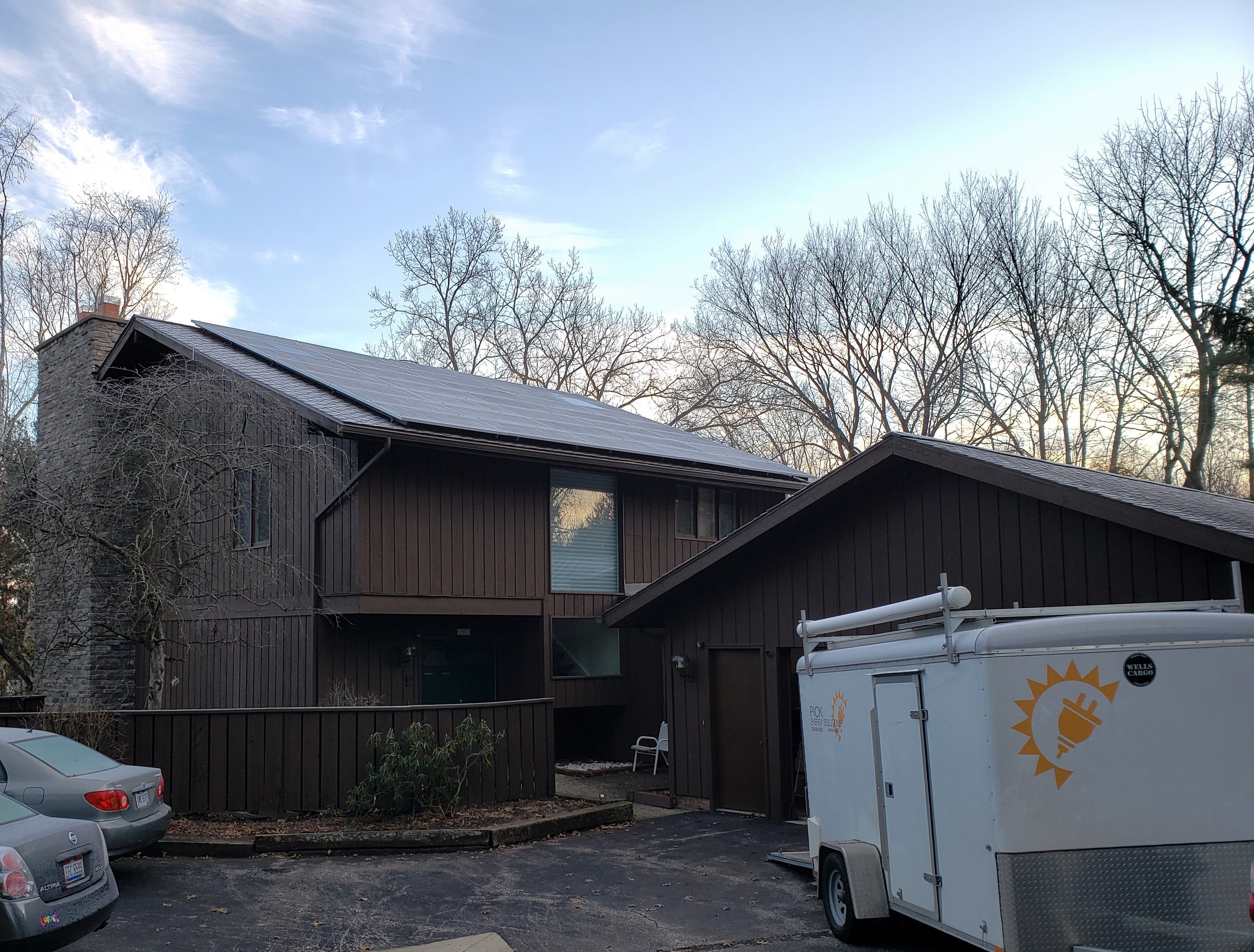 I tell everyone interested in solar about SUN’s important role.

On principle, I have understood the importance of creating a sustainable environment for the past forty years. Today I work at Oberlin College in Oberlin, Ohio as a grant writer. When I first arrived there six years ago, we began writing proposals for a project sponsored by the College entitled, The Oberlin Project. The overarching aim of The Oberlin Project was to create a city and campus based on full spectrum sustainability by the year 2030. We researched funding sources and wrote proposals for a variety of environmental sustainability projects including improving the energy efficiency of the older homes in the city of Oberlin, starting a food hub and creating a device entitled Environmental Dashboard that measures the resource use (water and electricity) in individual buildings and cities. While working on these projects, I met people who had solar panels on their homes purchased with the discount from the Lorain County Solar Co-op, the first co-op in the state of Ohio. They informed me how to start a co-op by contacting Solar United Neighbors (SUN) and they called SUN to tell them that I was interested in starting a co-op and would call them soon.

I contacted my friend who was on the Kent City Council and ask her if she would partner with me to start the Portage County Co-op. We agreed that we would advertise the SUN presentation not just to private homeowners but also for city officials who may be interested in sourcing some of their city’s energy needs with solar. I contacted SUN and arranged to have the first presentation at the public library in December 2018. Residents and city leaders from many of the surrounding towns attended and the crowd at the first meeting was standing room only.

We had 48 individuals sign up for the Portage County Co-op. I volunteered to participate in the small group of individuals who choose the vendor and we met in my home. We chose the Appalachian Renewable Power (ARP) vendor from southern Ohio because of their previous installation experience and their warranty. My solar installation was scheduled for December 2019. ARP completed the installation in two days and on the second day they worked into the night in 15 degree weather.

For the first two and a half months, I saved approximately $500 on my energy bill. Now that we are moving into spring, I expect that I will generate enough solar power to have almost no utility bill (my house is all electric). Also, I just finished my taxes and will be able to pay 25% of my solar panel bill with my refund.

I found that the process of going solar took time and research on my part. I had very little knowledge of electricity generation prior to my solar project. I was nervous that I was making a big mistake. Fortunately, everyone involved in the process was willing to explain.

I believe that this decision was a very positive one for me in spite of the extra time and effort that it took to start the co-op and learn enough to decide what type of solar array to purchase. I could never have accomplished these goals without the aid of SUN and I tell everyone who is interested in my array about the importance of SUN’s role in the process.