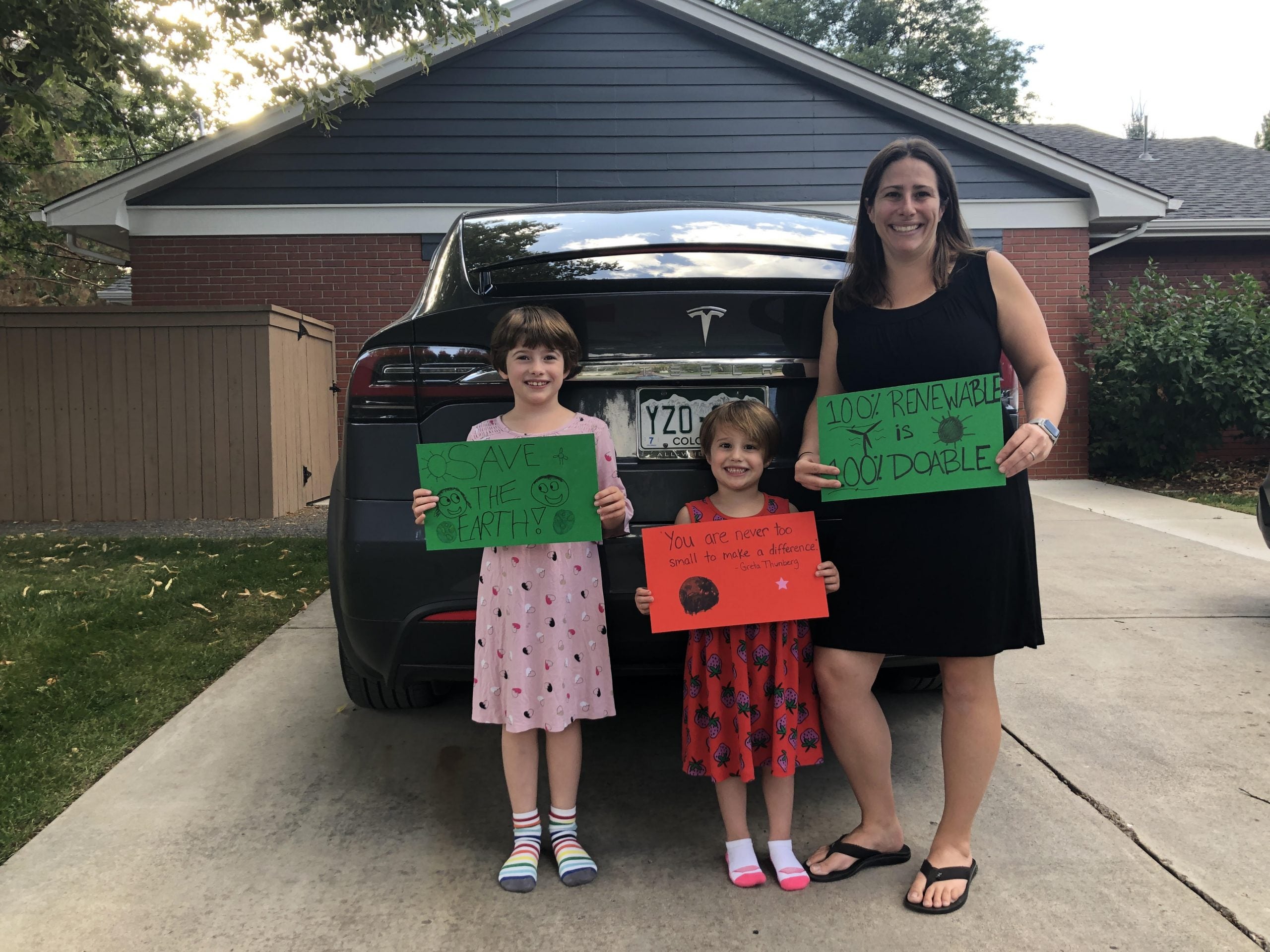 It feels so good to be energy independent and be a role model for my daughters future.

My kids came home one day and asked why we are not doing more for the climate. It was part of what they were learning for school and as a parent it was just an awesome moment to hear them say – “Hey we really could be doing more to make a difference“ and say you know what you’re right and I support that whole process. I started out with 3 quotes from national and local solar companies and each one was wildly different from each other. It was really hard to compare apples to apples, each one had different tech, system sizes and panels. I didn’t feel like I could rightfully compare and know what would be best for us and it was also a lot more expensive than I thought it would be, I thought maybe it’s just something out of reach. Then I came across an article about SUN in the newspaper and thought I would put my name down and get more information because it was something I was still interested in doing but needed it to make more sense financially and in terms of the technology. Once I went to the information session as a co-op member and was pulled into the selection committee, that was really helpful in learning much more about the technology and the process. Then in the end when we got a bid from a SUN installer and it was a 30% price difference.

What was the process like for you? Did anything surprise you, or were there challenges you had to overcome?

One good surprise is that there really has been no maintenance. I was concerned because I’m a single mom with two kids and don’t have time to be messing with electrical situations or expertise, and it really has been seamless and I think I had to reset the wifi once to fix it. It really has been so simple to maintain, it was an unknown and it has been really great. The only challenge I faced was the process was slower than expected because once you commit you’re excited to start working right away.

Have any of your habits changed since going solar? (For example: driving an electric car or bike, switching to an electric stove or water heater, etc)

We put in a smart thermostat, which helps to use my phone and manage energy efficiency when we’re not home. In general it is much easier to monitor with a few clicks, my friends tease me that sometimes I wear a coat in my house during the winter.

Have you seen electricity savings since going solar? If so, what have you been able to do with that savings?

I have gotten more interested in the policy aspect thanks to SUN. I also appreciate that SUN does the homework, keeping cooperative members up to date about the latest solar policy changes and providing assistance. Now I am involved as a member of the steering committee and now SUN has been awarded a three year contract with the city of Devers to do a co-op each year. This included funding from the city for people who are income qualified to receive an automatic rebate, and a hardship fund for cooperative members who may need insulation or a roof repair to make sure solar becomes more accessible to folks who wouldn’t otherwise be able to afford it. It’s great to see an organization grow and in the end it was a success to keep learning and moving forward.

We did run into hiccups with the contractor we selected, but it was really nice that SUN called the company and took care of it for all of us. SUN stayed on top of it and didn’t stop until every single system was up and running. It was reassuring that SUN was going to make sure that things got done the way they needed to. It’s really great to tell neighbors that once it’s installed I have had no maintenance and no issues. Since then two of our neighbors have gone solar too. So it really is a great conversation starter when they notice the panels it demystifies the process and technology.

Now we are working to phase out natural gas in our house, add a backup battery and switch to all electric using only the energy we are producing. It feels so good to be energy independent and be a role model for my daughters future. I also appreciate SUN’s work on making solar accessible, and equitable. 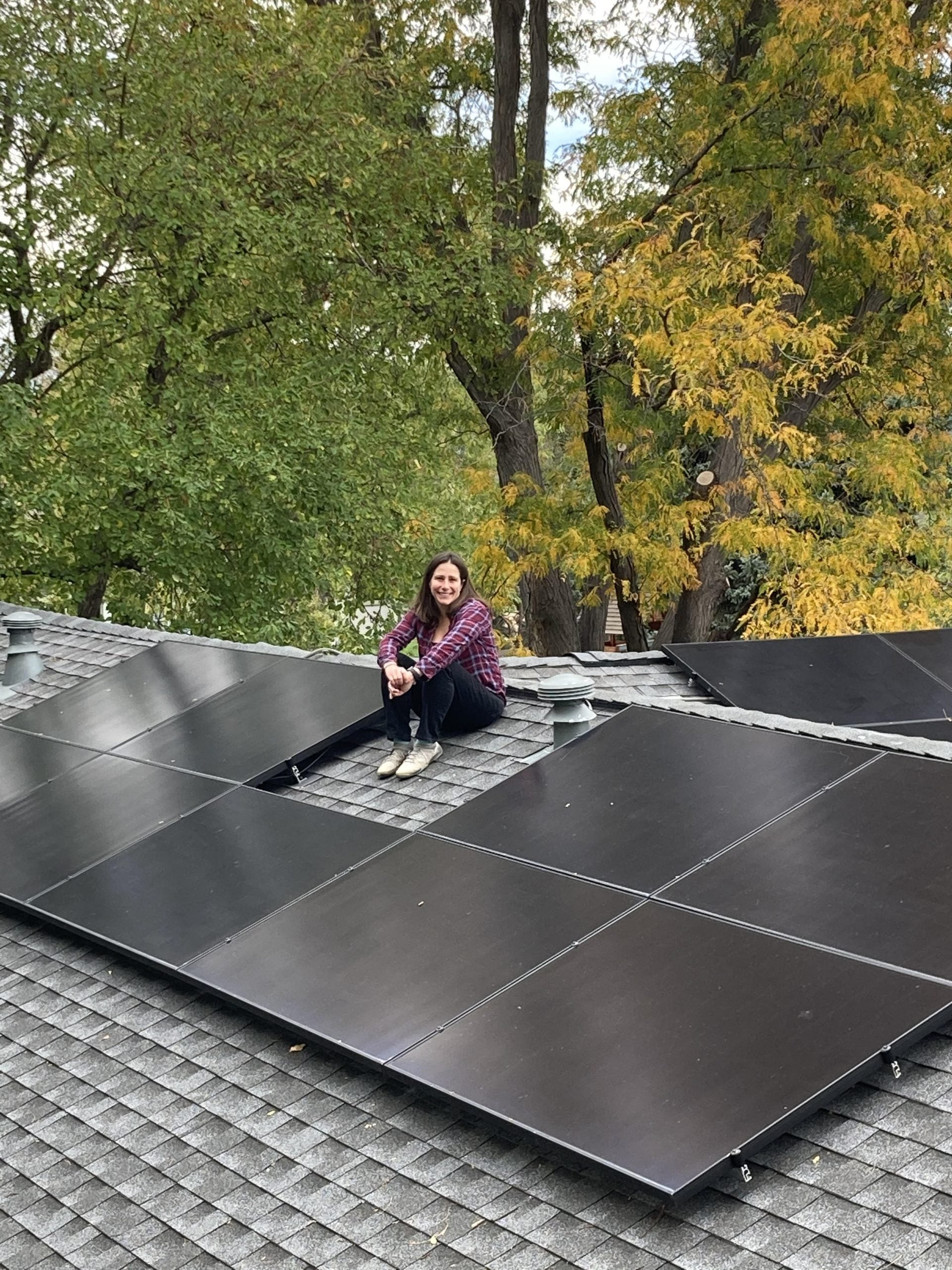